HomeStoriesPost-Mortem Photography: An Understanding of How It Started

Post-Mortem Photography: An Understanding of How It Started

Morbid curiosities or touching tributes to the recently deceased? Read on to discover how the practice of photographing the dead came to be, and what these images reflect about their contemporary society’s attitudes towards death. 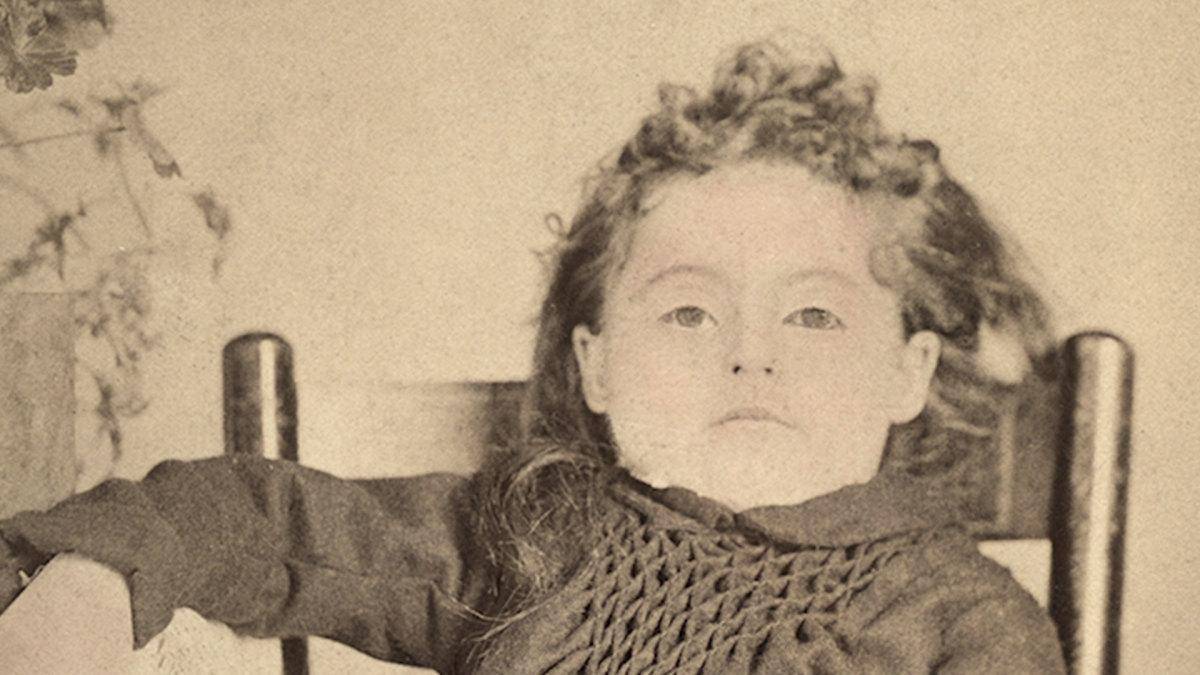 Post-Mortem Photography was done in preparation to have a printed photo of your dead family member to proudly display in the home. In the unfortunate event of a loved one dying, it would be considered unusual, or perhaps even frowned upon, if we were to take a photograph of their body or face. However, post-mortem photography was once a common practice out of love and respect.

However, in the nineteenth and early twentieth century, this unconventional practice was commonplace and gratefully embraced as a form of both mourning and remembrance in both American and European cultures.

Post-mortem photography (also known as postmortem portraiture or memorial portraiture) is the practice of taking a photograph of the recently deceased and was an act that gained traction within the mid-nineteenth century following the invention of the daguerreotype.

To create the image, a daguerrotypist would have polished a sheet of silver-plated copper to a mirror finish before treating it with fumes which prompted its surface to become light-sensitive and expose it within a camera for a variable period of time. This could be between a few seconds for subjects that were well-lit, or longer for the poor lighting. The final image would be made visible by fuming it with mercury vapor and removing its sensitivity to subsequent light by a liquid chemical treatment.

Similarly to film photographic processes today, the image would then be rinsed and dried before being placed behind glass within a protective enclosure. These images would then be cherished by the family or friends of the deceased, displayed within the domestic environment or kept as private keepsakes as reminders of their loved ones.

Whereas before only the wealthier classes who could afford to commission the luxury of an expensive, painted portrait or sculptural likeness of their family members or friends, the invention of this first publicly available photographic process enabled those from lower socio-economic backgrounds to afford sit for a photography session, in order to capture one last memory of their loved ones. In this sense, this invention can be considered as democratizing the grief as it allowed a wider demographic to indulge in trending grieving practices.

In addition to informing us about their contemporary death rituals, they also reflect their society’s attitudes towards death and dying. Whereas another material culture associated with the then highly prominent culture of memento mori (a phrase which translates from Latin to “remember, you must die”) was designed as a macabre reminder of one’s mortality, this photography served more as a form of heartfelt remembrance for individuals yearning the presence of the deceased.

This sentiment extended to other forms of Victorian material culture, including mourning jewelry. In addition to highlighting the somberness of death, mourning jewelry was a way of keeping the dead close to you. Imagery that was depicted on these objects all bore some symbolism to death, faith or grief, so common motifs included the likes of anchors, crosses, a hand holding flowers or pearls. It was even common to include physical reminders of dead loved ones, and often these pieces incorporated strands of the deceased hair. To learn more about this theme, and to see how it influenced other styles of artwork, read up on the Master of Decay, Ivan Albright.

A Culture of Death

In the nineteenth and twentieth century, death was everywhere – particularly for the Victorians. The advent of rapid urbanization and industrialization leading to increased pollution and overcrowded cities, combined with poor knowledge of hygiene and practices in a pre-germ theory society, meant that prior to 1860, the spread of diseases such as scarlet fever, typhoid, consumption (tuberculosis), diphtheria and cholera were rampant and routinely fatal. Infant and child mortality were extremely high, with the death rate for children below five years of age in 1849 reaching 33% in some areas of London.

For adults, the outlook wasn’t much better. Whilst Victorians who reached adulthood could expect to live into relatively old age, average life expectancy at birth was low. In 1850 it was 40 years of age for men, and 42 for women – a stark contrast to our present-day statistics with the worldwide average lifespan sitting at approximately 71 years in an era of modern medicine and higher standards of living.

For a large proportion of the population in the Victorian period, life was over before it had barely begun. As articulated by scholars Jaqueline Anne Bunge and Jack Mord, this meant that the death was not hidden away, but rather, “[…] prepared for both mentally and spiritually, and celebrated through a religious ceremony, mourning rituals, elaborate floral and funeral displays”.

The way in which the Victorians perceived and approached the concept and realities of death highlights the contrast to modern, Western attitudes towards death. Nowadays, the subject of death is taboo and our attitudes towards it consequently functional, if verging on uncomfortable.

We acknowledge it, certainly – but only at the end when we absolutely must. This tends to be in the form of funerals overwhelmed by sadness, memories too painful to remember or through arduous or tricky legal formalities such as wills, taxes and inheritance.

We hide death away, are reluctant to talk about it and are inclined to suppress outward displays of grieving in efforts to be compliant with the etiquette of keeping up appearances and being seen to moving on, and successfully ‘getting on’ with life.

The developments that have taken place within the medical industry and profession over the past two centuries mean that today, death and the dying are now concealed from us in hospitals and matters of the body taken over by a team of dedicated professionals such as morticians and funeral directors as opposed to the Victorians, who would have frequently witnessed death firsthand within their homes and made arrangements for the bodies of their loved ones themselves.

Post-death, there was a distinct culture of mourning, where it was customary for the grieving to adhere to specific rituals to commemorate the dead. This included the wearing of specially dedicated mourning clothes or refraining from social behavior for a certain period of time.

As these haunting images demonstrate, death in the nineteenth and early twentieth century was fully acknowledged and subsequently thoroughly prepared for. The poses that the dead and dying were arranged into, and the artfully arranged scenes surrounding the subject are a far cry away from the instantaneous photographs that is so easily taken today in our age of smartphones and portable cameras.

The effort put in these post-mortem photography examples was a formal and considered process, with much effort and sensitivity being put into everything from what attire the dead were dressed into the environment of which the photograph was taken in – all whilst having to navigate the unpleasant physical realities that are inherent to a dead body such as decomposition, rigor mortis or the glassy-eyed stare so quintessential to the departure of life from a facial expression.

The Look of Death

As the subject and scene could be arranged, these photographs bestowed an element of control over death – one of life’s only an uncontrollable inevitable. Post-mortem photography enabled those who were left behind to memorialize their departed loved ones exactly how they wanted to, in a way that fulfilled their own ideas about how they wished to remember them.

This meant that the deceased subjects were often arranged to give the impression as if they were peacefully sleeping – or in some cases, still alive. On some occasions, make-up or paint was applied to the face of the deceased to conceal the classic signs of death – sunken-eyed, hypostasis, sallow skin – to give the illusion of more life. For example, rouge may have been used to make the cheeks look flushed – or if the artist was skilled enough, an open eye may have been painted onto or over the subject’s closed eyelid.

This could be for several reasons; maybe the family of the dead until now, had no pre-existing photographs of the subject and this was their final and gratefully received the opportunity to capture them in a manner reminiscent of happier times. For parents grieving the recent loss of their beloved child, perhaps it was easy to think of them as in a state of perpetual but peaceful slumber as opposed to facing and acknowledging a much more distressing reality.

Although these images seem unsettling or morbid, it’s important to remember the context they were created in. Created within societies who saw mourning as a form of memory that kept alive the bond and relationship between their dearly departed, these photographs became highly valued possessions to those who commissioned them.

The act of memorializing their deceased loved ones served as a form of remembrance and transformed bodies of the deceased from frightening, unfamiliar entities into something beautiful that simultaneously helped progress and soothe the many, and variable stages of grief on societies with exponentially high mortality rates. Although unsettling and morbid upon first glance, these images should be seen as not only Victorian art forms but touching tributes to the dead that can perhaps prompt our own society to reconsider how we approach and explore, death, dead and the dying.

By Philippa OgdenMA History of MedicinePhilippa Ogden has a passion for history and holds a MA in the History of Medicine from Newcastle University. She is particularly interested in perceptions of the body within the early modern period. In her spare time, she is a keen musician who plays old-time and bluegrass fiddle in her hometown of North-East England.