HomeArtThe Role of Women in the Northern Renaissance

The Role of Women in the Northern Renaissance

The Northern Renaissance shaped the role of women in a way that persists today. Artists created associations between female nudes and themes of sexuality, deviation and witchcraft. 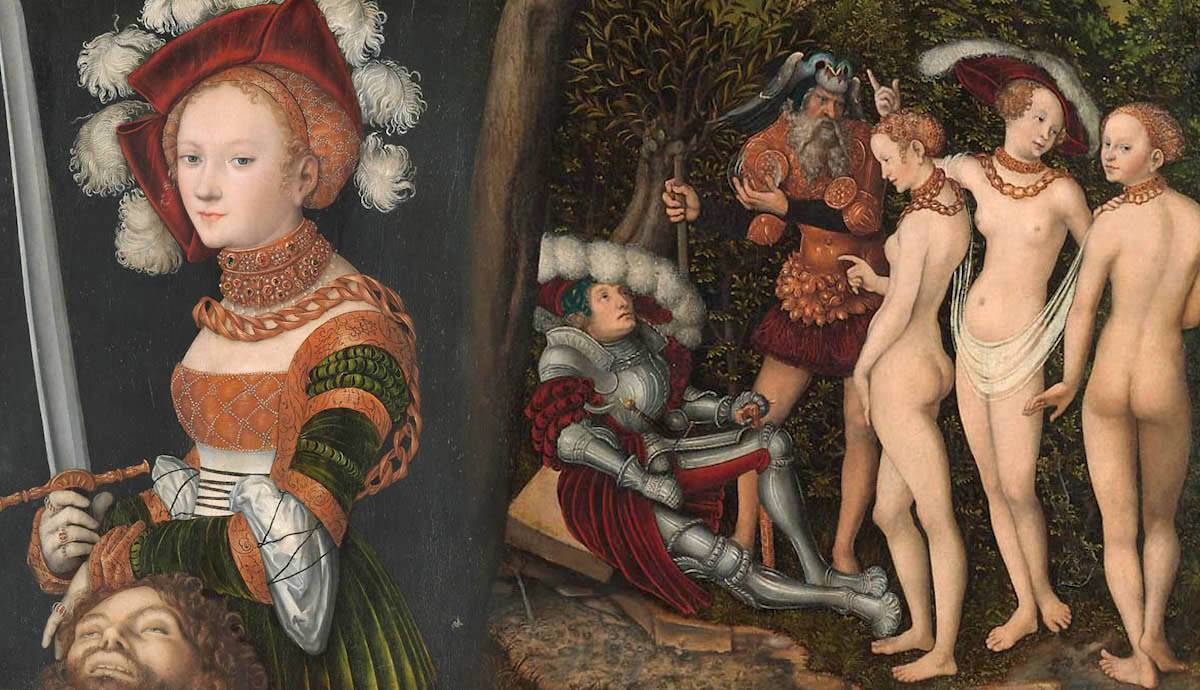 The Northern Renaissance occurred in the Northern parts of Europe, roughly from the 15th-16th centuries, manifesting similar ideas and artistic movements as those from the Italian Renaissance. Moved by the idea of humanism, the Northern Renaissance addressed the role of women from a perspective that is both influenced by tradition and innovative. The associations between women and different images would become a point of reference for our perception of women throughout the centuries.

Women in the Northern Renaissance: A Philosophical Overview

Like the Italian, the Northern Renaissance is based on the rediscovery of ancient creeds and knowledge. It revolves around a sense of novelty and a lost tradition, as it is both a period of progress and rediscovery of old roots. Because ancient knowledge, both Greek and Roman, comes into the foreground of Renaissance people, this greatly affects the ways in which women were perceived. Namely, the view on women was influenced by the ancient readings and philosophies. This makes up a paradoxical situation where the Renaissance becomes both a period of stereotyping and the break from stereotypes.

Women in the Northern Renaissance make up a great portion of what the movement had to offer as a whole. Through texts, art, and their own lives, they appear more visible and present than in previous historical periods. Even though women were still subjected to judgments and stereotypes, they began to gain some independence.

Women and Femininity in the Northern Renaissance

The topics of female sexuality, their power and bodies, and femininity in general were not touched upon with as much consideration as they were during the Northern Renaissance. The Northern Renaissance considered womanhood, sexuality, and gender roles in a much more fluid way, permanently marking the way societies would consider these topics and their resulting power dynamics.

When comparing the depictions of women from the Northern Renaissance period with those of the previous medieval period, there are clear differences. First and foremost, the very depictions of women increased exponentially during the Northern Renaissance. Apart from a few tapestries and some mortuary statuary, women were depicted in the medieval period only if they were saints or involved with stories of saints. They were not a topic in itself as persons. This completely changes during the Northern Renaissance, in which women no longer have to be holy to be depicted. Art begins to tackle topics such as femininity, showing a rising interest in the female existence as a whole.

The female nude is how artists and viewers explore the female body and female sexuality, either criticizing or informing. However, despite its many signs of progress, the Renaissance was still much connected to medieval mentality, meaning that the representation of the female nude was often a critique. From a cultural perspective, the naked body is connected to sexuality and can be used to criticize how certain women wield their sexuality. A sense of danger arises; during the Northern Renaissance, it was believed that female sexuality equaled deviance. This deviance made women dangerous because their sexual desires did not conform to the beliefs of how women should behave, going against what was traditionally seen as the role of women.

An interesting change occurs in art when compared to previous periods, because during the Renaissance, artists began depicting nude women facing the audience with their gaze. Visually speaking, this implies a few things. Namely, if the women were to be nude with their gaze down, this would imply a submissive tone. The innovation, in a sense, of the Renaissance is the fact that women are depicted as more daring – a direct gaze hints at a perversion of how women are supposed to behave, implying that the depicted woman isn’t conforming to the norm.

The Power of Women

The Power of Women (Weibermacht) is a medieval and Renaissance artistic and literary topos that showcases well-known men from both history and literature who are dominated by women. This concept, when depicted, provides the viewers with an inversion of the usual power dynamic between males and females. Interestingly enough, this cycle doesn’t necessarily exist to criticize women, but rather to create a debate and highlight controversial ideas regarding gender roles and role of women.

A few examples of the stories from this cycle are those of Phyllis riding Aristotle, Judith and Holofernes, and the motif of Battle for the Trousers. The first example, that of Phyllis and Aristotle, points to the fact that even the brightest mind isn’t immune to the power of women. Aristotle falls for her beauty and power, and he becomes her playhorse. In the story of Judith and Holofernes, Judith uses her beauty to fool Holofernes and behead him. Finally, in the last example, the Battle for the Trousers motif represents women who dominate their husbands in the household. The cycle of the Power of Women was extremely popular in the Northern area during the Renaissance. It influenced the general mentality that people had regarding the role of women and their power.

As a result of some emancipation, female artists themselves existed in the Northern Renaissance, especially in the soon-to-be Dutch Republic. However, their role was often criticized, both by the community and by art critics who viewed them as laughable and inappropriate. A saying targeted at female painters claims that, “women paint with their brushes between their toes.” Men were encouraged and allowed to be educated and build a career, while women had to dwell mostly around the house with the sole career of a housewife. Becoming a painter implied getting trained by another established painter, and women were rarely received by the masters.

So how did women become artists? They had only two viable options. They would either be born into an artistic family and trained by a family member, or would be self-taught. Both options were difficult in their own right, as one hangs on luck while the other relies on one’s abilities and hard work. A few such women that we know of during this time include Judith Leyster and Maria van Oosterwijck, who managed to paint against all odds. Unfortunately, more likely existed, even earlier, but scholars lost track of their presence in the art world.

The Malleus Maleficarum was a treatise about witches published in 1486 in Germany and created the image of the witch inspired fear of the occult. The art of the 15th and 16th centuries linked social ideas concerning women and their place in society with witchcraft and the occult. Witches were the image of danger in the form of the women who did not behave piously. The famous artist Albrecht Dürer created various images of witches. Due to his popularity, his depictions circulated quite fast as prints throughout Europe, shaping the visual image of witches.

Probably the most notorious is that of the Four Witches, where four naked women form a circle. Near them, there is a doorway with a demon that waits, while in the middle of the circle lies a skull. This work establishes a firm link between sexuality and witchcraft, as the four women are naked. As a contemporary reader may notice, many of the elements present in this mentioned work are still linked even today with witchcraft, forming our generic image of witches.

Women of the Northern Renaissance

The women of the Northern Renaissance were esteemed if they were austere, unseen, and virtuous. Under the influence of the Reformation, Northern Renaissance thinking came to prefer, at least in theory, modesty and simplicity in garments and appearance. The ideal woman was quiet, modest-looking, virtuous through her character, religious, and dedicated to her family. This can be supported by a simple look at the portraits of women by artists such as Hans Holbein, as they are not mere portraits but hide subtle messages, often with a Biblical reference, that indicate the role of women in society and family. Another great example is the well-known Arnolfini portrait that indicates through symbolism the gender roles and expectations in a Northern Renaissance couple.

Another telling example regarding the role of women is that of the female painter Caterina van Hemessen, who made a name for herself and painted even the portrait of Queen Mary of Hungary. However, based on her surviving works, it is believed that her career came to an end when she got married. This shows that a woman was expected to devote herself to her husband and marriage, leaving aside anything else.

Ultimately, the life of the average Northern Renaissance woman was closely tied to her home. The role of women in the Northern Renaissance doesn’t appear to be dramatically different from that of the women from previous periods. However, the novelties of mentality, sexuality, and the female body, but also a somewhat greater chance at a career such as that of a painter, indicate that some things did begin to change.