Spartan women had a rather different life from their female counterparts in Ancient Greece and Rome. They enjoyed more freedoms and adhered to the simple and austere lifestyle of Sparta. 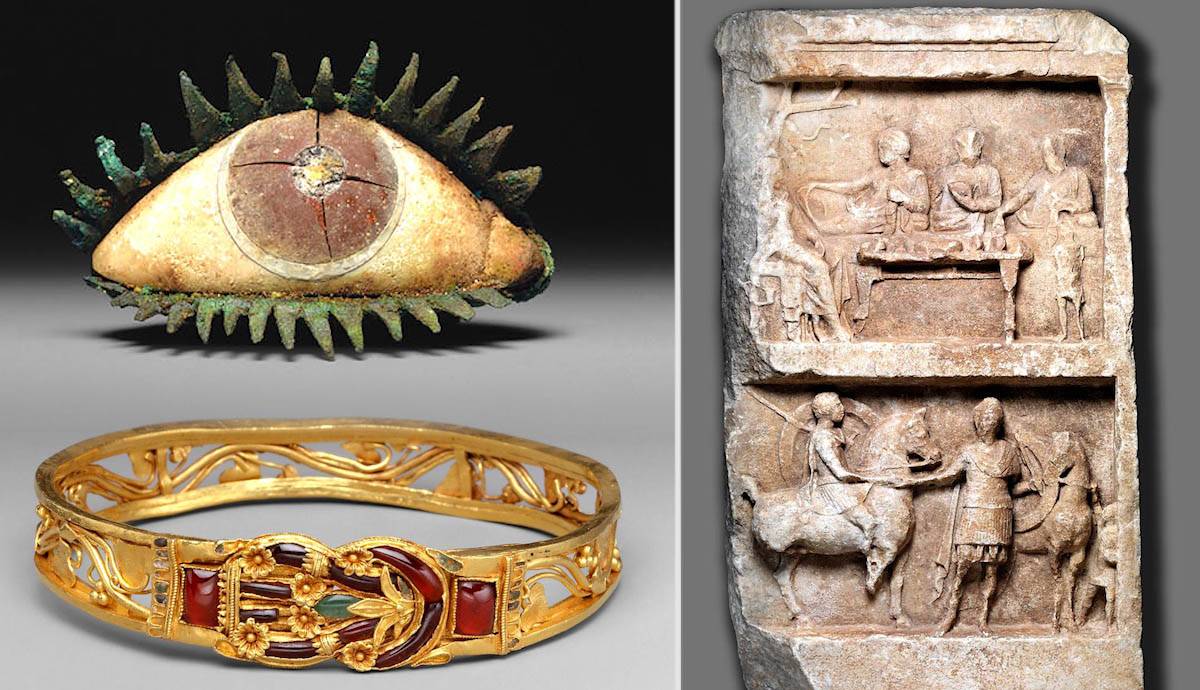 Sparta is commonly portrayed as an Ancient Greek city full of fearless and strong warriors. However, not much is known about the way Spartan women lived their lives. This article explores the little information available regarding the life of free women in Sparta and their role in society, highlighting the points in which Spartan women differed from the women in other Greek cities. Although they had a duty to fulfill towards Sparta, these women also had more independence in many aspects of their behavior and way of life.

Spartan society was formed out of three main classes: the Spartans, who were citizens of the city, the Perioeci, who were craftsmen who worked and lived nearby, and the Helots, who were serfs or slaves. Thus, it is important to note that this article discusses specifically the situation of women in Spartan society. Spartan women adhered by default to this class structure; namely, they were part of the citizen group and followed the social hierarchy. They also lived up to their class name: the word Sparta means someone who is austere, simple, and restrained; these women lived as such. Let us explore what kind of women such a society could make.

2. What Kind of Woman Is The Spartan Woman?

Compared to Roman or even Athenian women, Spartan women led a life that had more freedoms than usual for an Ancient society. Spartan women were known to be independent-minded, even if they did not attend the same type of schools as men. Contrary to most Roman women, they received a formal education but did not play any role in the military. However, it was thought that they had to know how to handle weapons and they were encouraged to participate in athletic competitions.

To add to their independence, Spartan women were allowed to own and manage their own properties. From this sense, they received a legal status that was equal to that of men. In contrast, Roman women were always dependent on the men in their families to help them manage the property. Furthermore, most Spartan women were literate, besides having received an athletic and military education, which again stood in contrast to other cities from Ancient Greece. Moreover, historians suggest this was due to the fact that they did not have to take care of the traditional domestic affairs of women because Helots completed those tasks.

Marriage was very important in Sparta. Spartan women and men were encouraged to marry and would be shamed if they did not. Why was this a requirement? Sparta needed a constant supply of young men for their military might. Sparta prided itself in its military power, but to uphold the prestige of their army, the polis would constantly need boys to train in order to maintain the numbers of their soldiers. Due to this, every family was pressured to produce male heirs, and this was considered the central role and duty of women in the Spartan society. However, girls in Sparta typically married around the age of 18, an older age than the girls from other Greek cities who tended to marry in their early teenage years. This also reduced the age gap between spouses as their husbands would generally be in their 20s to 30s.

Unlike other city-states from Ancient Greece, in Sparta, women were not mainly responsible for domestic duties such as cooking, producing clothes, and housekeeping. Instead, these tasks were carried out by the serfs, the Helots. This explains in part why Spartan women had the time to enjoy more freedoms.

Before marrying, it was the custom for Spartan women to shave their heads and keep their hair short throughout their marriage. This tradition also stands in contradiction with other cities from Ancient Greece. For example, women from Athens prized their locks very much and would often fashion them in many different hairstyles. Long and styled hair was considered a feminine attribute and seen as desirable – which is reflected in Greek statue depictions of Aphrodite. By shaving their heads, women adopted a hairstyle that was common for male soldiers.

What allowed for the independence of women was also the fact that married couples wouldn’t live together. Men under the age of 30 were expected to live in barracks with their fellow soldiers in order for them to form strong bonds with one another. If they wanted to see their wives, the men would have to sneak back to their houses during the night. When it came to their children, Spartan women looked after their sons only up to the age of 7.  Young boys would then be sent to military school to live and would rarely see their parents.

With matrimony playing such an essential role in the life of a Spartan woman, the greatest honor for a woman, as a Spartan citizen, was naturally derived from marriage as well. In Sparta, it was common to offer a gravestone for men if they died in battle. Similarly, for women, a gravestone would be offered if they died during childbirth. This was seen as a great honor, just like a soldier would die during a battle, fulfilling his duty. To not cower from fear and die while giving birth was an experience that Spartans saw as equal to men who fought wars and protected their country. From this, one can easily see just what an important role the birth of sons played in the Spartan society of Ancient Greece.

Another great duty that Spartan women had to fulfill was the killing of infants who were not healthy. In the context of Spartan expectations from a citizen, especially if the citizen were male, the birth of a child that was either ill or suffered from any deformity or malformation would make the child unfit for society. Therefore, Sparta made it the duty of mothers to “dispose” of those children, usually by throwing them off a high rock, thus ensuring that the infant had a quick death.

6. The Skills of A Spartan Woman

In order for a girl to attract a male suitor and get married, she would need to be a well-trained athlete and compete in sports to attract potential suitors. Therefore, these sports competitions were a way for Spartan girls to show how good they were as athletes, which was considered an attractive feature.

Spartan women were trained not only in sports and weapon-wielding but also in skills more expected for a girl in Ancient Greece. Namely, they were trained to dance and sing beautifully, which were considered equally important as the athletics they learned. Besides these, they were also taught how to manage their properties and how to defend themselves properly. Furthermore, since men were at home only for very short periods of time, women had to handle everything alone. Thus, although Spartan women were not necessarily military-oriented like their male counterparts, they received a well-rounded education that included both military and domestic activities.

7. Not All About the Dress

In most cities of Ancient Greece, the garments of women were strictly regulated, and women were expected to wear non-revealing clothing. Their modest dress would shield them from the unwanted gaze of others and demonstrate their good moral conduct. However, Sparta did not quite share this view and did not interfere with how Spartan women clothed themselves. In general, women in Sparta were allowed to dress however they liked. Most of the time, this consisted of short dresses that were much more revealing than what would be common in the rest of Ancient Greece. Their clothing most likely served practical purposes because a shorter dress would allow for more movement and would not act as a bodily restraint for their daily activities.

The only way in which Sparta, as a city, influenced women’s dress is the fact that it wanted its citizens to adhere to an austere way of living and also wanted its citizens to be athletic and healthy. Due to this, Spartan women most likely kept to simple dress styles and paid more attention to their health and exercise regimens.

8. Spartan Women in the Olympic Games

The Olympic Games were a sacred and important event in Ancient Greece. All Greeks looked forward to the competitions. However, because of the sacred nature of the games, women were not allowed to set foot in the arenas. Moreover, this rule was so drastic that women could face the death penalty if they saw the games.

Even so, an exception occurred for Kyniska, daughter of King Archidamus II. She was allowed to compete in the Olympic Games as a horse trainer. Competing as a rider meant that she wouldn’t directly set foot on the ground of the Olympic Games, as she would ride a horse. She owned a large property where she raised and trained horses, and in 396 BC, became the first woman that won the Olympic Games. Her example led other female athletes to compete, most notably the Spartan woman Euryleonis who won the two-horse chariot competition in 368 BC.

Sparta stands out as an important city-state in Ancient Greece because of the way it treated its women; Spartan women enjoyed more freedoms and held greater control over their own lives. However, this came at the price of harsher marital and familial duties, which both society and the state expected of them.

9 Greatest Foes Of The Achaemenid Empire