The Political Art of Tania Bruguera

Tania Bruguera is an artist and a political activist. Her work challenges censorship and power structures while supporting human rights. 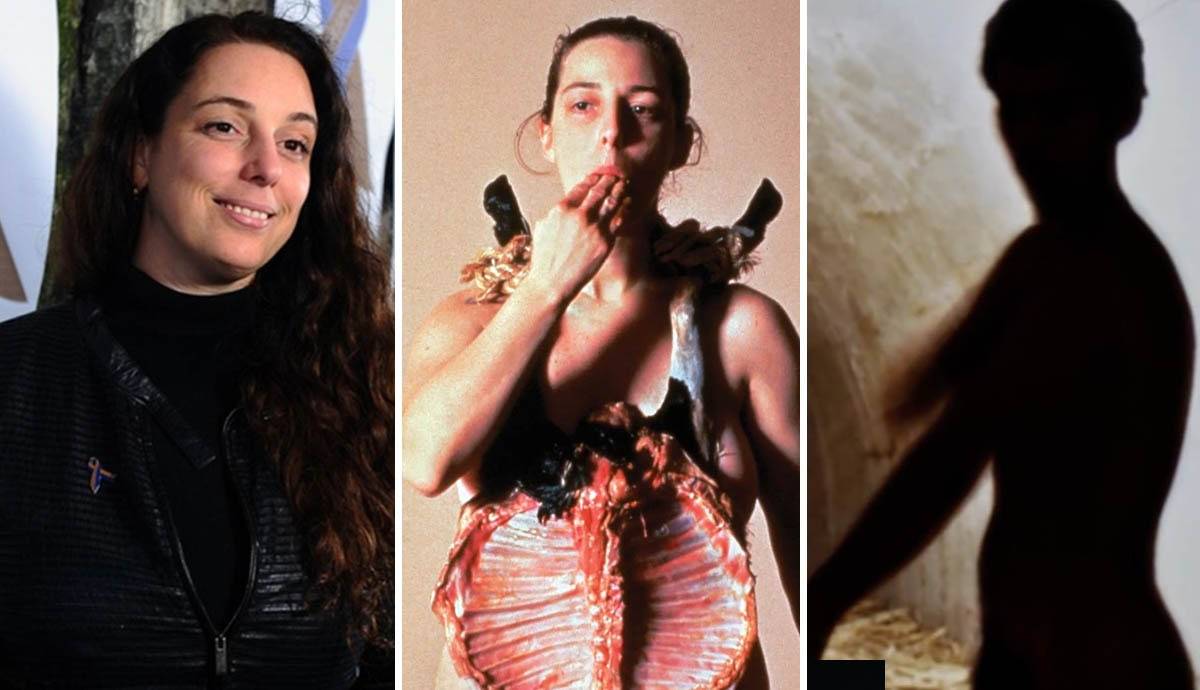 The Cuban artist Tania Bruguera is known for her thought-provoking performances and installations. Her political work openly questions authoritarian regimes, which often led to problems with the government. In 2014, she was detained by the police in Havana. They released her after three days and confiscated her passport for six months. Nevertheless, Bruguera continues to make art in the name of political activism. Read on to learn more about the fascinating artist.

The artist Tania Bruguera was born in Havana, Cuba in 1968 as the daughter of a diplomat. Due to her father’s occupation, Bruguera spent her early life in Panama, Lebanon, and Paris. In 1979, she returned to Cuba and studied at the Elementary School of Plastic Arts, the San Alejandro School of Plastic Arts, and the Higher Institute of Art. Tania Bruguera was born into a generation of artists whose career was shaped by Cuba’s special period in the 1990s. During that time Cuba experienced an immense economical struggle due to the loss of Soviet trade and subsidies. The artist published an underground newspaper in 1993 and 1994. It was titled Memoria de la postguerra, which means Memory of the Postwar Era. The publication contained texts by Cuban artists who either still lived in the country or were in exile.

Tania Bruguera’s work features themes such as human rights, immigration, totalitarianism, and injustice. Due to the political nature of her works, Bruguera has often had problems with the state. Her underground publication Memoria de la postguerra was banned by the government in 1994. Her earlier works titled Studio Study (1996) and The Body of Silence (1997) deal with the topic of self-censorship. For Studio Study, Tania Bruguera stood naked on a high pedestal with her head, mouth, stomach, and legs tied up with a black band suggesting censor bars.

During The Body of Silence (1997), the artist sat in a box lined with raw lamb meat correcting an official Cuban history book for elementary school children. After she unsuccessfully tried to lick her corrections away, she ripped the pages out as an act of self-censorship.

During the performance of El peso de la culpa or The Burden of Guilt, Bruguera ate soil mixed with saltwater for forty-five minutes. She positioned herself in front of a Cuban flag made from human hair and with a lamb carcass hung around her neck. The first performance took place in her own home during the Havana Biennial of 1997.

The Burden of Guilt was influenced by the legend of a mass suicide committed by indigenous Cubans, called Taino Indians. According to the legend, people consumed large amounts of soil to resist the Spanish rule in Cuba in the 16th century. Bruguera updated the act of resistance as a way of showing how freedom was taken from Cubans throughout Cuban history. Tania Bruguera said, “Eating dirt, which is sacred and a symbol of permanence, is like swallowing one’s own traditions, one’s own heritage, it’s like erasing oneself, electing suicide as a way of defending oneself. What I did was take this historical anecdote and update it to the present.”

The artist said that the year 2000 was very significant for several reasons. One of them was that the government stated that all their political, social, and economic promises would be fulfilled in the year 2000, but these improvements never came into effect. Tania Bruguera created a work of art called Untitled (Havana, 2000) for the 2000 Havana Biennial. It was exhibited in the Cabaña fortress. The construction once served as a military bunker and as a place for executions. People were tortured, kept prisoners, and killed at the Cabaña fortress from colonial times through the Cuban Revolution’s early years.

The work consists of a video installation in a dark tunnel, rotting sugarcane symbolizing the Caribbean slave economy spread out on the floor, and four naked men performing a series of movements. A small television set attached to the ceiling displayed black-and-white video footage of Fidel Castro. It shows Castro in many different settings such as giving speeches or swimming at the beach. According to Bruguera, the naked men represent vulnerability, and the footage of Castro how powerful people are able to exploit this vulnerability.

The news about Bruguera’s provocative work spread quickly and the government reacted only a few hours after the installation began. By shutting off the electricity, they unintentionally affected the power supply in an entire section of the Havana Biennial. After the power was turned on again, Bruguera’s video was removed from her installation for the rest of the day. The following day, the installation was excluded from the Biennial entirely.

Untitled (Havana, 2000) marked a crucial turning point in Bruguera’s career. After this installation, the artist started to focus on, “arte de conducta (behavior art) and on empowering the audience as an indisputable collaborator in producing the meaning of the work.” She became interested in turning audience members into active citizens. It was this work that helped her shift from visual art to political art. She said, “I don’t want to represent a political situation but to create a political situation.”

Tania Bruguera’s work Tatlin’s Whisper took place on two separate occasions. Tatlin’s Whisper #5 was performed at the Tate in London in 2008. Tatlin’s Whisper #6 took place at the Havana Biennial in 2009. The performance in London consisted of two uniformed policemen patrolling the Turbine Hall of the Tate Modern on horses. The officers used crowd-control techniques they learned at the police academy. With the help of their horses, they moved the visitors in certain directions, controlled them, or separated them into groups.

Tania Bruguera said that the visitors did not have to know that the policemen’s behavior was part of a performance. Without this knowledge, people interact with them just as they would in their everyday life. The work addresses themes that are characteristic of the artist’s work such as political authority, power, and control.

Tatlin’s Whisper #6 offered a temporary platform to speak freely for the people visiting the 2009 Havana Biennial. With the restrictions regarding free speech in Cuba, Bruguera’s artwork gave audience members the possibility to speak for one minute without being censored. After the minute was over, they were escorted by two performers in military uniforms.

While they were on stage, a white dove was put on their shoulder imitating the white dove that landed on Castro during his first speech in Havana. The names of the performances are a reference to the Soviet artist Vladimir Tatlin who designed a tower for the Third International. Even though Tatlin’s tower was never built, it still lives on through memory. Like Tatlin’s work, Bruguera’s performances generate a monument in the minds of the audience that survives through memory.

The Immigrant Movement International lasted for five years. This project raised awareness about the living conditions of immigrants working and living in Corona, Queens. For one year, Tania Bruguera lived in the same apartment with five illegal immigrants and their six children while making minimum wage and without any health insurance.

Bruguera also transformed a beauty supply store into the headquarters of Immigrant Movement International. With the help of volunteers, the project provided immigrants with workshops and educational programs such as English classes and legal help. The services were offered with a twist, though. Bruguera said that English was taught by artists “in a more creative way, where people can learn English but also learn about themselves.” The legal help was offered by a lawyer who was advised by artists.

The work called 10,148,451 was exhibited at the Tate Modern’s Turbine Hall in 2018 and it consisted of several parts. The title refers to the number of people who migrated from one country to another in 2017, plus the migrants who died on their journey in 2018. As part of the artwork, the number was also stamped on the hand of each visitor.

One part of the work was the creation of the group ‘Tate Neighbours.’ The group consisted of 21 people who lived or worked in the same postcode as Tate Modern. Their job was to discuss how the museum can engage with and learn from its community. The group came up with the idea to rename Tate Modern’s Boiler House to honor the local activist, Natalie Bell. They also wrote a manifesto which you can read when you use the free WiFi. Another part of 10,148,451 is a large floor that reacts to body heat. When people stand, sit, or lie on the floor, a portrait of Yousef appears, a young man who left Syria because of the war and came to London.

The fourth part of the work is a small room that contains an organic compound that makes people cry. Tania Bruguera described the room as a place “where you can cry together with other people.” With the installation, the artist wanted to ask if we can relearn to feel for others again.