HomeStoriesThe Battle of Poitiers: The Decimation of French Nobility

The Battle of Poitiers: The Decimation of French Nobility

The Battle of Poitiers is typified in medieval folklore as the complete obliteration of French nobility during the bloody Hundred Years’ War.

Historically the Hundred Years’ War is synonymous with battles such as Agincourt, Crecy, and Sluys. However, none of the aforementioned battles come close to the death and destruction perpetrated by the English upon the French nobility than at the Battle of Poitiers. A raiding party led by the infamous Edward, the Black Prince, accompanied by his Anglo–Gascon allies, devastated the French countryside, burning the land, butchering the local populace, and ransacking towns and cities. With the Black Prince’s forces being bogged down by their enormous loot, Jean II, King of France, and his son the Dauphin now had the opportunity to intercept the Black Prince’s army and strike a devastating blow to the English and their Gascon allies. It was a decision that Jean II, King of the French, will come to regret, and one that will impact the course of the Hundred Years’ War.

A Prelude to the Battle of Poitiers

In 1355, members of the Gascon nobility sailed to England to inform their overlord, King Edward III, that ever since 1352, Edward’s hereditary lands in Gascony had been under continuous attack by the French King’s lieutenant in the southwest, Count of Armagnac Jean I. These incursions had made such progress that by May of 1354, Armagnac forces were encamped only a few days’ march from the region’s capital of Bordeaux.

The outnumbered Gascons needed help, so Edward III ordered his son, Edward of Woodstock, better known as the Black Prince, to raise an army and sail to Southern France. The Black Prince and his 2700 professional English troops landed in Bordeaux in September 1355 and, while there, absorbed a further 4000 Gascon reinforcements. Around October 5th, the Black Prince’s army departed Bordeaux on what would become known as one of the greatest chevauchées ever launched during the Hundred Years’ War. Marching in three parallel columns to maximize destruction, the raiding force went 100 miles South before swinging East, crossing the river Gers, and entering Armagnac territory. There, Edward’s army began mercilessly slaughtering every living creature it came across, torching everything that would burn and smashing everything that wouldn’t.

Edward made sure the Armagnac territory would not be able to support the French war effort in the years to come. Edward’s foe, the outnumbered Count of Armagnac, remained in fortified Toulouse as Edward’s forces continued raiding the countryside, ravaging cities such as Carcassonne and Narbonne on the Mediterranean coast. After obliterating the entire outer city and agricultural hinterland of Southern France, the Prince of Wales’ army withdrew back towards Gascony, shadowed by but not challenged by two smaller French armies.

While only suffering minor casualties, this great raid had destroyed over 500 settlements, drastically reduced Jean II’s tax revenue, and ultimately doomed his military reputation. After wintering in Gascony for the remainder of the year, The Black Prince set out on August 4th, 1356, moving North towards Issoudun and again leaving a wake of destruction in his path. It was in the town of Vierzon that a skirmish unfolded between French and English forces, and prisoners were taken. Here, Edward learned that Jean II was rallying a massive army in the North and was about to march against him.

The Battle of Poitiers

Knowing that he had to get back to Gascon territory as soon as possible, Edward immediately started withdrawing his forces West along the Cher River but was delayed for five days in a siege at Romorantin and a further four days waiting for the Duke of Lancaster’s unsuccessful attempts to link up with him from the North-West. These delays gave Jean II’s army the time it needed to catch up with the Black Prince’s plunder-laden forces, and by the time Edward’s army reached La Haye, Jean was only a day’s march behind. Jean decided to remain East of the Vienne River and then cross at Chauvigny with a heavy cavalry portion of his army. Having learned he had been overtaken, Edward realized there was no way out and that battle was inevitable.

The Black Prince’s army camped in a forest near Poitiers for the night. They emerged the next day and seized a hilltop position about a mile in front of the French, who had spent the night camped in battle formation. As the French commanders Audrehem and Clermont surveyed the English positions, they saw an unusual amount of movement and believed the enemy to be retreating. It was, in fact, a ruse.

Not willing to let the enemy get away, Audrehem charged with his cavalry towards Warwick’s left, while Clermont reluctantly took the same action, heading towards Salisbury’s right. The former’s well-armored knights and horses initially resisted English arrow fire and crashed into the English infantry, inflicting significant damage on the first line. However, when long-bowmen advanced up the riverbank, anchoring their left wing, and began to release volley after volley into Audrehem’s flank, the attack turned into a massacre. French knights were either felled by arrows, crushed by their own steeds, or routed, while Marshall Audrehem himself was made a prisoner.

On the other side of the field, Clermont’s horsemen charged up the ridge towards Salisbury’s division but were funneled into a narrow open section in the hedge protecting the English line. There, the bunched-up cavalry suffered terrible losses before breaking through, and when they did, they were engaged by Salisbury’s dismounted knights. After a fierce clash, the French were thrown back. The French infantry vanguard, under the Dauphin, followed behind in good order along the entire front. However, they too were forced to funnel themselves through the hedge’s gaps, and many were killed by devastating arrow fire while doing so. Those who broke through met the Anglo-Gascon men-at-arms in a vicious two-hour-long hand-to-hand combat but were finally pushed back with heavy losses and nothing to show for it.

As the Dauphin’s (later Charles V) forces had been defeated, King Jean II ordered his son be escorted from the field in case of a disaster, but this turned out to be a most disastrous move. The Dauphin’s withdrawal convinced the Duke of Orleans, who led the second infantry line, to leave the battlefield with his troops. Advancing with a battle-axe in hand, John II led the largest and final division: crossbowmen in front and infantry behind going up the ridge towards the English. With the Black Prince’s archers running out of arrows, the French King’s contingent closed with the English almost unscathed with his most elite knights and the fresh third division outnumbering the nevertheless stubborn and high morale army of The Black Prince. When the Archers ran out of arrows, they left their positions, took up swords and knives, and joined their comrades in the ferocious melee.

At the combat’s fiercest moment, the Captal de Buch gathered 200 reserve cavalry and led them in a wide swinging arc around to the French rear. He raised the flag of St. George and charged at Jean II’s flank. Seeing this, The Black Prince withdrew some of his dismounted knights from the line, mounted them, and had an impetuous knight called Sir James Audley lead them to crash into the other French flank. Upon seeing this, the remnants of Jean II’s army scattered and fled in every direction. A significant portion ran towards the swampy marshes called the Champ d’Alexandre, where English long-bowmen slew many of them. In the chaos, the King of France was surrounded by enemy soldiers who demanded his surrender.

The Aftermath of the Battle of Poitiers

While the English suffered minimal losses during the Battle of Poitiers, probably around a hundred or so, the French had lost at least 2,500 – including Clermont and many other nobles. Around 3,000 were also taken prisoner, including the French King himself. France had suffered another defeat; however, this would prove to be only the beginning of the Hundred Years’ War. After the Battle of Poitiers, Edward resumed his march back to his Gascon allies in Bordeaux. The French realm was subsequently held by the Dauphin, Charles V, who faced incessant rebellion across the country after his defeat at the Battle of Poitiers. French nobles began brutally repressing the peasant class, robbing, looting, and pillaging all they could.

To add to French peasant misery, Charles began to raise additional funds to pay for his father’s ransom and to continue the war effort against Edward. Edward then reassembled his army at Calais in 1359 and marched on Rheims, engaged in a siege. Unable to conquer Rheims or Paris, Edward moved his army to Chartres. Here Charles V offered to open up peace negotiations, and Edward agreed. On the 24th of October 1560, the Treaty of Bretigny was signed. In the treaty, Edward agreed to relinquish his claim to the throne of France; however, France had to cede an enormous portion of land to the English. The Treaty may have ended the Edwardian phase of the Hundreds Year’s War, but it sowed the seeds for future conflicts between these medieval superpowers. During the Hundred Years’ War, the Battle of Poitiers would not be the first major English victory over the French. Just 59 years later, the famous Battle of Agincourt would again solidify English military superiority throughout this time. 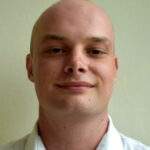 By Jake KrijgerBA Politics, Philosophy & Economics Jake is an Account executive by day and a passionate historian by night. Having an insatiable thirst for all things History, heritage and global affairs. Jake holds a Bachelor of Arts degree in Politics, Philosophy & Economics from the University of South Africa and is currently enrolled as an Honors student. Whilst working a full-time job and studying, Jake still finds free time for his passion and writes articles based on his speciality, this being, military history.