HomeStoriesThe Glorious Revolution: The True Story of the Runaway King

The Glorious Revolution of 1688-89 changed the relationship between the British monarchy and parliament forever. Find out what happened, and why it caused King James II to abandon his kingdom.

On 10 June 1688, Mary of Modena gave birth to a son. This was no ordinary child; he was a prince, the son of King James II of Great Britain and heir to the throne. However, there was a major problem – Prince James was born a catholic in a protestant country. The British parliament, appalled and concerned by this event, sought to remove the royal family from power. They began a revolution, a Glorious Revolution, which would change Great Britain forever.

Roots of the Glorious Revolution

The roots of the Glorious Revolution can be traced back to the reign of James II’s brother Charles II. He had no surviving legitimate children and James II was named his heir. However, James converted to Catholicism around 1668. Britain was officially a protestant country and James’s decision caused huge concern. Charles spent most of his reign fighting parliament on this issue, and the Test Acts were passed to restrict Catholics from participating in public life. In 1678 the Popish Plot started by Titus Oates claimed that Catholics planned to assassinate Charles. It was quickly discredited with Oates jailed for perjury. This incident led to the Exclusion Crisis where Parliament plotted to exclude James II from the line of succession. The attempt failed, and on his brother’s death in 1685 James II became king.

There was some resistance to James II becoming king. The main opposition came from his nephew the Duke of Monmouth, the oldest illegitimate son of Charles II. He raised a rebellion in the south of England, but his army was defeated at the Battle of Sedgemoor in July 1685 and Monmouth was executed for treason.

Next, James followed in the footsteps of his father Charles I by dissolving parliament after they voted him a living, refusing to allow it to meet again. James promoted Catholics to senior positions and he publicly announced his intention to revoke the Test Act. He issued a Declaration of Indulgence in 1687 which allowed greater freedom of worship. The Church of England was appalled by the bill, with seven senior bishops announcing that the declaration was illegal. James somewhat unwisely had the bishops tried for sedition. Parliament was extremely worried by James’s policies but they were still mildly reassured by the fact that they were temporary. Both his daughters and heirs from his first marriage were raised protestant. There was a sense of relief that the catholic ascendency would be short-lived — but this all changed in late 1687 when Queen Mary announced she was pregnant.

The Baby in the Bedpan

The queen had experienced miscarriages in the past so there was deep suspicion surrounding the timing of this pregnancy. It seemed too convenient that she should fall pregnant just as her husband’s position was increasingly under threat. The anti-Catholic propaganda machine began to circulate wild rumors about the queen faking her pregnancy. When she gave birth, the chamber was packed with witnesses (a common occurrence during this period). However, this was not enough to prevent the ultimate royal fake news story from emerging. Reports circulated that a bedpan containing a baby boy was smuggled into the royal bedchamber and that the new prince was in fact a changeling.

Protestant pamphleteers widely circulated this story and it spread quickly through society. Witnesses present at the birth proclaimed the bedpan incident was complete fiction. They were ignored, unable to compete against such salacious gossip and increasing anti-Catholic sentiments. The seeds of the Glorious Revolution had been sown.

An Invitation to Invade

James’s ministers did not wait until the birth of the prince to act. They set their plans in motion in early 1688. Senior lords were in communication with James’s son-in-law William, the Prince of Orange. He was married to James’s eldest daughter and heir Mary; the couple were devout protestants. Parliament wanted William to come to Britain and claim the throne himself.

William was worried that this action would be perceived as a hostile invasion. He asked parliament to invite him to come and ensure the supremacy of the protestant religion. A letter signed by seven Lords known as the “immortal seven” asked William to come to Britain to help “contribute to our deliverance”. In other words, save the kingdom from further religious and political harm. Whether William intended to secure the throne for himself while undertaking this mission is still hotly debated. With the invitation duly delivered, William accepted and began to plan his invasion. The stage was now set for the first act of the Glorious Revolution.

Embarking on a Glorious Revolution

James II had a network of spies at William’s court and was made aware of the invasion plans. Yet he chose not to act upon it. Historians have long been puzzled by James II’s inaction to events that could have ultimately prevented the Glorious Revolution. It is thought that James II was reluctant to believe his son-in-law would have the means and will to invade. He was also increasingly isolated as his family, ministers, and generals were turning against him.

When William landed on English soil with his invasion force on 5 November 1688, several leading army generals defected. These numerous betrayals deeply affected James and he seemed to lose his nerve. Instead of leading an army to fight William, he returned to London, debating what to do next. His primary aim was securing the safety of his wife and son, managing to send them to France on 9 December 1688. He declared that he would hold a free parliament as a stalling measure, knowing he would never allow his religious reforms to be revoked. Backed into a corner, James decided his only option was to flee the country.

James fled London on 10 December 1688. In a symbolic gesture, he threw his Great Seal of the Realm, (used to approve all official documents) into the River Thames, an indication that he would be monarch on his own terms or not at all. James only made it to Faversham, some 50 miles from London, before he was discovered. A group of fishermen on the lookout for catholic fugitives captured him, unaware that he was the king.

In a disheveled and unrecognizable state, he was returned to London. He was placed under guard by William’s soldiers. The difficulty was what to do with James. Keeping him prisoner would send the wrong message to the public and allowing him to remain king was becoming untenable. James was quoted as saying, “If I do not retire I shall certainly be sent to the tower, and no king ever went out of that place but to his grave.” The reality was that William had no wish to harm James lest he become a Catholic martyr. James was taking no chances and made a second escape attempt. This time he was successful, managing to leave England on 22nd December, never to return. Act two of the Glorious Revolution was almost complete.

What Was so Glorious About the Glorious Revolution?

William was triumphant, and he was welcomed into London by cheering crowds. Yet gaining his prize, the crown, would not be so simple. What was ultimately so glorious about the Glorious Revolution was that parliament would decide the outcome. It was not to be the “king in waiting” who would dictate the terms. This was seen as a victory for democracy. Parliament forever diminished royal power and established a constitutional monarchy. This was enshrined in law by The Bill of Rights and its Scottish counterpart, the Claim of Right, both passed in 1689. James II was deemed to have vacated his throne by fleeing, so it was offered to William and Mary to rule jointly. This prevented any public backlash as Mary had been the original heir to the throne. All was well on the British mainland. However, the Glorious Revolution faced opposition in catholic dominated Ireland.

One of the best-known claims about the Glorious Revolution is that it was relatively bloodless. This is not quite true. Ireland descended into violent unrest after James abandoned the throne. Catholics loyal to James began to recruit an army, and James landed on 12 March 1689 with French troops ready to win back his kingdoms.

Known as the Jacobite forces, named after the Latin for James, they initially did well by defeating William’s forces in several small battles. This launched a Jacobite rebellion in Scotland with a victory at the Battle of Killiecrankie on 27 July. However, the Scottish campaign came to nothing as they suffered heavy casualties, and were unable to consolidate their win. The Irish campaign came to a head at the Battle of the Boyne. Jacobite forces were outnumbered and outgunned by the superior Williamite forces. Defeated and demoralized, James quickly retreated back to France and his abandoned soldiers struggled to forgive his cowardice. He left Ireland in religious and political disarray but to Irish Protestants, the Glorious Revolution was a triumph, and it is still celebrated to this day.

The Glorious Revolution: A Glorious Legacy?

The Glorious Revolution is one of those events which has been written about by the victors. History has often skipped over the fact that it involved aspects that were anything but glorious. Propaganda and lies were spread about the monarchy, a parliament conducting secret deals, and a king who abandoned his kingdom. The legacy it left was far from settled. Jacobite rebellions would plague Britain over the next century. Religious divisions would become even more pronounced, especially in Ireland. However, the glorious aspect of the Glorious Revolution has always been that after the fraught events of the English Civil War, parliament finally defeated the threat of an absolute monarchy. 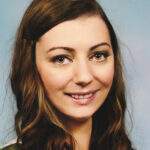