HomeStoriesBeyond 1066: The Normans in the Mediterranean

The Normans shaped Medieval Europe, through their art, architecture, and military culture. After 1066 they went on to hold all of Europe in the palm of their hands.

Everyone knows about William the Conqueror’s invasion of England in 1066, commemorated in the iconic Bayeux Tapestry. Our Anglo-centric histories tend to see this as the Normans’ crowning achievement — but they had only just begun! By the 13th century, the Norman noble houses had become some of the powerhouses of Medieval Europe, holding dominion over lands from England to Italy, to North Africa, and the Holy Land. Here, we’ll take a bird’s eye view of the Norman world, and the indelible stamp that they left behind.

The Rise of the Normans

Like many of the fiercest warrior peoples of Western Europe, the Normans traced their ancestry to the Scandinavian diaspora which took place from the 8th century onward. Frustratingly, the Vikings themselves were not a literate people, and aside from a handful of contemporary runestones in modern Sweden, the Vikings’ own written histories only begin in the 11th century with the Christianisation of Iceland and Denmark. We mostly have to rely on histories written by the people that the Norse raiders and settlers raided and settled — like, for example, Einhard’s account of his liege’s war with the Danes, written by Charlemagne’s court scholar.

Understandably, these sources have their biases (in the sense that a large beardy bloke with an ax demanding your cattle tends to engender a degree of bias). But what we do know from the Frankish chronicles of the era is that, by the early 10th century, north-western France was a regular target for raiders from Scandinavia. These Northmen, primarily from Denmark and Norway, had begun to settle the land, making permanent encampments on numerous small rivers.

Under a particularly wily leader called Rollo, these Northmen began to pose a significant threat to the Kingdom of the Franks, who called the region “Neustria”. In 911 CE, following a series of nasty skirmishes which almost resulted in the Vikings taking the city of Chartres, the Frankish king offered Rollo formal dominion over land he had settled, provided that he converted to Christianity and swore loyalty to the Frankish crown. Rollo, doubtless very pleased with himself, accepted this offer — and became the first Duke of Normandy.

Rollo’s people intermixed with the local Frankish population, losing their Scandinavian identity. But rather than simply disappearing, they forged a unique fusion identity. Their chosen name, Normanii, means literally “men of the North” (i.e. Scandinavia), and some scholars like Jean Renaud point to the traces of Norse political institutions, like the democratic thing meetings that may have taken place at Le Tingland.

By the middle of the 11th century CE, the Normans had developed a spectacularly effective martial culture, combining Viking grit with Carolingian horsemanship. Heavily armored Norman knights, clad in long hauberks of chainmail and sporting the distinctive nasal helms and kite shields that are familiar to us from the Bayeux Tapestry, would form the basis of their two-centuries-long dominance of European battlefields.

The Normans in Italy

To paraphrase Jane Austen, it is a truth universally acknowledged that a bored Norman in possession of a good sword must be in want of a fortune. That is precisely what the Italian peninsula represented at the turn of the millennium. While Normandy was raided and settled, and England was conquered in a single climactic battle, Italy was won by mercenaries. Tradition has it that Norman adventurers arrived in Italy in 999 CE. The earliest sources talk of a group of Norman pilgrims thwarting a raiding party of North African Arabs, although the Normans had probably visited Italy long before, by way of southern Iberia.

Much of southern Italy was ruled by the Byzantine Empire, the remains of the Roman Empire in the East — and the early 11th century saw a major revolt by the Germanic inhabitants of the region, known as the Lombards. This was fortunate for the Norman arrivals, who found their mercenary services were highly valued by local lords.

One conflict in particular from this period deserves special mention: the Battle of Cannae (not the one in 216 BCE — the one in 1018 CE!). This battle saw Norsemen on both sides. A contingent of Normans under the command of the Lombard Count Melus squared off against the Byzantines’ elite Varangian Guard, fierce Scandinavians, and Russians sworn to fight in the service of the Byzantine Emperor.

By the end of the 12th century, the Normans had gradually usurped many of the local Lombard elite, stitching their awarded holdings together into enclaves, and marrying smartly into the local nobility. They had evicted the Byzantines from the Italian mainland altogether by 1071, and by 1091 the Emirate of Sicily had capitulated. Roger II of Sicily (a strong Norman name!) completed the process of Norman hegemony on the peninsula in 1130 CE, uniting all of southern Italy and Sicily under his crown, and creating the Kingdom of Sicily, which would last into the 19th century. A unique “Norman-Arab-Byzantine” culture flourished in this era, marked by rare religious toleration and sumptuous art — its legacy can be seen most physically in the crumbling Norman castles that still pepper the region today.

The Crusades were a heady mix of religious zealotry and Machiavellian acquisitive drive, and the Crusader period brought new opportunities for Norman nobles to demonstrate their piety — and fill their coffers. The Normans were at the forefront of the foundation of new “Crusader States” at the turn of the 12th century (for more on these polities and their role in Middle Eastern history, see Fordham University’s Crusader States project).

Given the Normans’ highly developed martial culture, it’s unsurprising that Norman knights were some of the most experienced and effective military leaders during the First Crusade (1096-1099 CE). Foremost of these was Bohemond of Taranto, a scion of the sprawling Italo-Norman Hauteville dynasty, who would die as Prince of Antioch in 1111.

By the time of the Crusade to “liberate” the Holy Land, Bohemond was already a hard-bitten veteran of the Italian campaigns against the Byzantine Empire, and of his own campaigns against his brother! Finding himself on the raw end of the latter conflict, Bohemond joined the Crusaders as they headed eastward through Italy. Bohemond might have joined it out of genuine fervor — but it is more than likely that he had at least half an eye on adding lands in the Holy Land to his Italian portfolio. Even though his army was only three or four thousand strong, he is widely regarded as the most effective military leader of the Crusade, as well as its de facto leader. Doubtless, he was significantly aided by his experience fighting Eastern empires, as he was among Western Christians who had never strayed far from their own lands.

The Crusaders (largely due to the tactical genius of Bohemond) took Antioch in 1098. According to an agreement they had made with the Byzantine Emperor for safe passage, the city rightfully belonged to the Byzantines. But Bohemond, with little love lost for his old enemy, pulled some fancy diplomatic footwork and took the city for himself, declaring himself Prince of Antioch. If there is one consistent theme in Norman history, it is the Normans calling the bluff of people much more powerful than themselves! Although he would ultimately fail to expand his principality, Bohemond became the belle-of-the-ball back in France and Italy, and the Norman Principality he founded would survive for another century and a half.

This dominion largely grew out of the close economic relations between the Barbary Coast (modern-day Tunisia), and the Siculo-Norman state; Tunis and Palermo are only separated by a strait less than a hundred miles in breadth. Roger II of Sicily had long expressed his intent to formalize the economic union as a conquest (regardless of the wishes of the Zirid Muslim governors and the local population). With the unification of Sicily, the Normans stationed permanent customs officers in North Africa to regulate trade. When disputes broke out between towns on the Tunisian coast, Roger II was an obvious go-to for aid.

Gradually, the Siculo-Normans began to consider North Africa as their hegemonic backyard — a sort of Monroe Doctrine for the Mediterranean. The city of Mahdia, forced into debt by the balance of payments with Sicily, became a Sicilian vassal in 1143, and when Roger sent a punitive expedition against Tripoli in 1146, the region came wholesale under Sicilian domination. Rather than annihilating the indigenous ruling class, Roger ruled effectively through vassalage. This necessary arrangement might be thought of euphemistically as a form of “religious toleration”.

Roger II’s successor William I lost the region to a series of Islamic uprisings that would culminate in the take-over by the Almohad Caliphate. They were notoriously brutal towards North African Christians — although this must be viewed in the context of Roger’s cynical imperialist adventuring.

In many ways, the Normans were very medieval: brutal warriors, cloaked in a thin patina of chivalric respectability, who were not above infighting and dynastic intrigue to achieve their aims. But at the same time, they demonstrated some spectacularly modern qualities, forerunners of a world that would emerge centuries after their decline. They demonstrated highly familiar moral flexibility and ingenuity that placed wealth above the feudal restraints of loyalty and religion.

In their dealings with alien cultures, their sadistically inventive imperialism would be the envy of colonialists seven hundred years later. It is a historical crime that, beyond conquering England in 1066, they only lurk at the margins of history. We should rescue them from this obscurity, and examine them in the light once more.

Abulafia, D. (1985). “The Norman Kingdom of Africa and the Norman Expeditions to Majorca and the Muslim Mediterranean”. Anglo-Norman Studies. 7: pp. 26–49 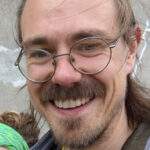