The Roman Golden Age In 5 Steps

The Golden Age of ancient Rome spanned the two centuries between 27 BC and 180 AD. This period produced some of the world’s most iconic figures, influential writings and legendary stories. Read on to discover all you need to know 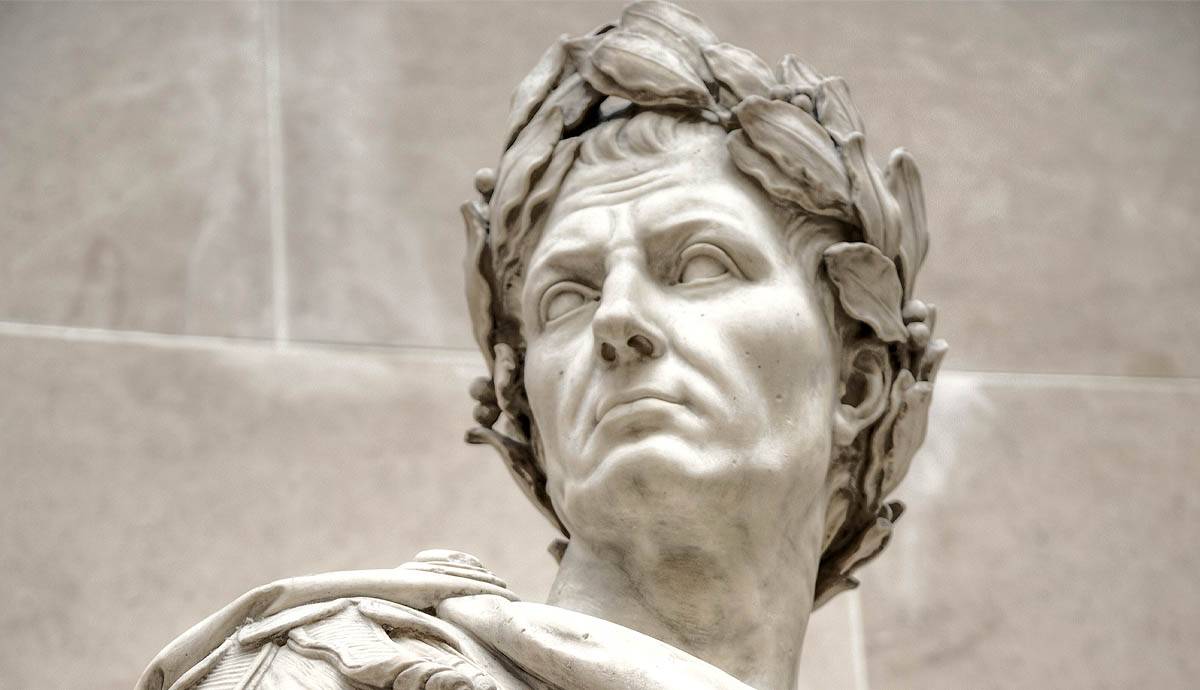 Before it became an empire, Rome was a republic. After 250 years under the rule of kings, the monarchy was overthrown in 501BC, giving rise to the Roman Republic. For the following five centuries, the Romans were proud to call themselves free citizens, with their state controlled by the senatus populusque Romanus (SPQR) or ‘the Roman senate and people’.

Throughout this era, Rome expanded its power, acquiring territories in Italy and abroad. Towards the end of the period, however, the Republic was engaged in an increasing number of conflicts. During the first century BC, its army undertook expeditions to combat pirates in the Mediterranean and battled against enemies in Asia. Meanwhile to the north, Julius Caesar led a huge campaign to conquer Gaul, modern day France and Belgium. It was this victory that produced his famous phrase: veni, vidi, vici.

Some of the most vicious bloodshed occurred within Italy itself. From 73-71 BC, the slave rebellion led by Spartacus led to the death of 40,000 slaves and 20,000 Romans. Over two thousand years later, this war was immortalized by Stanley Kubrick’s film adaptation.

In addition, the great Civil War fought between 49-45BC saw the Roman political elite divided into two warring factions, out of which Julius Caesar once again emerged victorious. Yet the following year he was assassinated by his fellow senators, who were concerned that he wanted to establish himself as sole ruler, much like the kings of ancient times.

It was actually during this period of conflict that some of Rome’s finest literature was produced. Caesar himself wrote an extensive account of his military campaigns, setting a standard for Latin prose. The Roman statesman Cicero also produced a wealth of writing, from philosophical treatise on friendship, to legal speeches defending murderers. His work remained influential for millennia to come, used as source material for young men learning the art of public speaking.

The beginnings of an empire

After the assassination of Julius Caesar, his adopted heir, Octavian, took over Caesar’s troops and funds. After coming into conflict with political rivals at Rome, he eventually settled into an uneasy coalition, or triumvirate, with two other leading statesmen: Mark Antony and Aemilius Lepidus. Together they succeeded in crushing Caesar’s assassins at the Battle of Philippi in 42BC.

Over the next decade, the relationship between them deteriorated. With Lepidus ousted from power, Octavian and Antony were left vying for the top position, both claiming that they wanted nothing more than a peaceful resolution to the years of civil war. At this time, Mark Antony was engaged in his infamous affair with the Egyptian queen Cleopatra. Octavian used this fact to rile up the patriotic spirits of the Roman people, and in 31BC their troops met in open combat.

The Battle of Actium is one of history’s most important conflicts, since Octavian’s victory meant that he became the most powerful man in Rome. Although he never used the title of Emperor, preferring the term ‘first citizen’, it was clear that he now had ultimate power. From 27BC, he referred to himself as Augustus, and gradually increased his power with more and more magistracies and offices.

Augustus’ reign ushered in the so-called Pax Romana, or Roman Peace. This refers to the unusually long period of relative peace that followed his rise to power. Naturally, Roman expansion entailed disruption around the borders of the empire, but Rome was otherwise free from major conflict during this time. This is a key reason that the era is known as the Golden Age.

Alongside his many political and social reforms, Augustus was responsible for redesigning and rebuilding much of the city of Rome. Without war to occupy him and with new marble quarries recently excavated, the first emperor could see to the construction of some truly impressive monuments. Among these were several temples, a triumphal arch and even his own grand mausoleum. Augustus is said to have proudly declared: “I found Rome a city of bricks, and left it a city of marble”.

Throughout the following centuries, Roman architecture would continue to grow evermore impressive, with new breakthroughs in building techniques and technology. These gave rise to some magnificent constructions within the city, such as the Colosseum and the Pantheon, but also feats of engineering across the empire, for example, the Aqueduct of Segovia.

The Roman Empire expanded to encompass vast swathes of the world.

The succession of emperors that followed Augustus succeeded in growing the power of imperial Rome by subjugating foreign lands.

It was under Emperor Trajan that the empire reached its height in AD 117, annexing large parts of east Europe and the Middle East. Earlier under Claudius, the Romans had ventured into Britain, and in AD 122 Hadrian’s Wall was built to mark the empire’s northernmost boundary. By this time, the Roman Empire held sway over the entire Mediterranean and much of western Asia.

Although it faced threats from a variety of different groups, Rome was quick to extinguish any spark of rebellion, often leading to much bloodshed. In fact, the greatest threat to the stability of the empire came from within the city itself, with aspiring leaders competing for the top job. The self-explanatory ‘Year of the Four Emperors’, for example, was one of the most turbulent periods of the Golden Age.

Nonetheless, the Pax Romana endured until the end of the 2nd century, when the reign of Emperor Commodus marked the end of Rome’s Golden Age. The power, influence and stability won during the first 200 years of Roman imperialism gradually began to dwindle, although it continued to dominate in the Mediterranean.

Over the course of the Golden Age, the Roman Empire generated art and literature of global importance and influence

The physical and political transformation of Rome was accompanied by a surge in its literary output. It was during the age of Augustus that Latin love poetry flourished, as did historiography, with Livy’s expansive history of Rome. The following two centuries also featured great works, notably the histories of Tacitus, the drama of Seneca and the Meditations of the philosopher emperor, Marcus Aurelius. It is the great epic poem, the Aeneid, however, that proved to be one of the empire’s most lasting achievements.

From 30-19BC, Virgil tells the story of the hero Aeneas, who flees from Troy and comes to found Rome after years of conflict. The poet intended to produce a national epic that would rival the ancient Greek Iliad and Odyssey, and therefore the Aeneid is often considered imperial propaganda. Its influence on Western literature has been monumental. It is Virgil, for example, who leads Dante through the narrative of the Divine Comedy.

The Golden Age was also characterized by a proliferation of the visual arts. The emperors needed to ensure that their subjects knew who was in charge and so, given the low literacy rates, they used art to display their authority. Statues and coins were an important medium: in provinces across the empire, statues of the rulers were erected, and coins were circulated bearing their profiles.

Much of Roman art was unashamedly appropriated from the Greeks. The marble statues, grand columns and even the literature stemmed from the traditions of the Hellenistic world. The Roman Empire conquered not only foreign land, but also their customs and culture.

In turn, later powers would appropriate the art and architecture of Rome, emulating the grandeur of the Golden Age style. The Renaissance period is so named because it was a ‘rebirth’ of Classical ideas, and the Neoclassicism movement drew directly on the buildings and statues of the ancient world. In the United States, Washington DC was very much designed with the Roman Empire in mind, replicating the monuments of the ancient superpower.

This legacy demonstrates the momentous power and influence of the Roman Golden Age, making it one of history’s most important eras.