HomeAncient History5 Unsolved Archaeological Mysteries That You Need to Know

The past can be mysterious but archaeology can help us understand it better. However, there are still many unsolved archaeological mysteries. 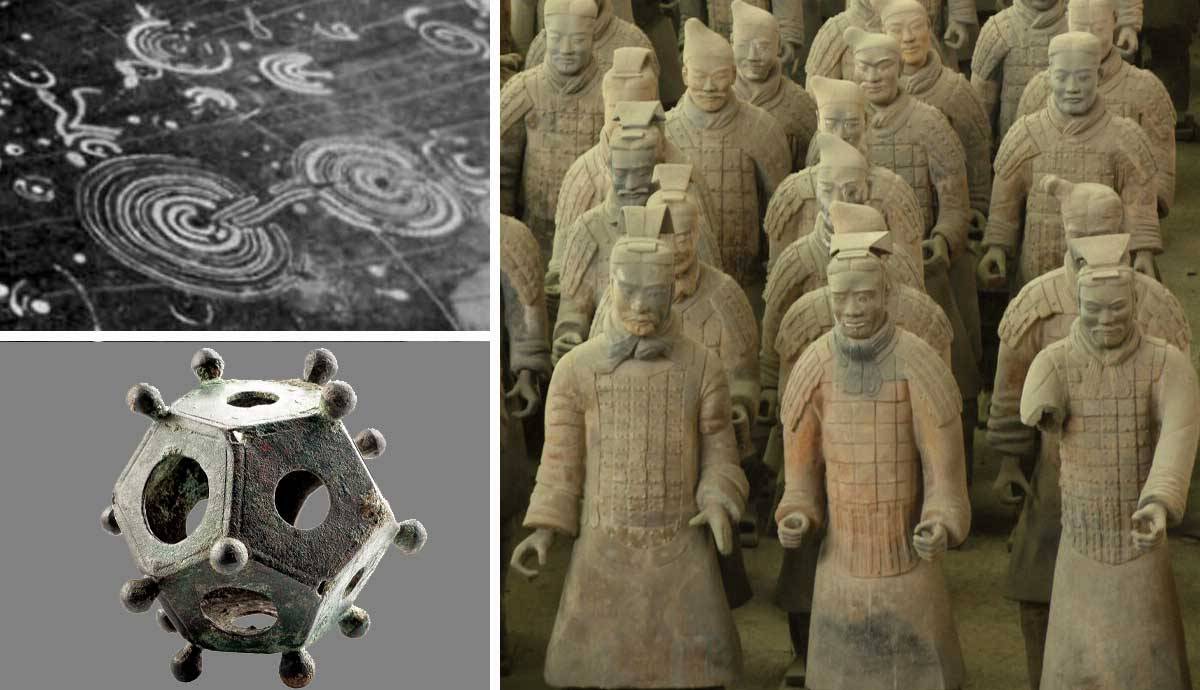 1. Why Are the Concho Stone Markings an Archaeological Mystery?

A large slab of sedimentary rock lies among the foothills of Scotland’s Kilpatrick Hills. It is surrounded by the trappings of modern life: pylons, a nearby housing estate, and overhead powerlines. You can distinguish it from the rest of the rocky outcrop by a series of cup and ring marks that were inscribed into the hard rock in prehistorical times, some time before Caesar’s arrival in the first century BCE and the Roman occupation that began a century later.

Today, it is known as the Concho Stone. The name comes from the Gaelic word for ‘little cups’, a description of some of the symbols that appear on the stone. It is not unique — there are at least 17 other carved rocks in the area — but the Concho Stone is the largest and has by far the most carvings.

The Concho Stone was first recorded by Reverend James Harvey in 1885 when he sketched a partial of the outcrop and its markings. He also removed overgrowth to reveal around 30 square feet of stone, but much of it was still hidden underneath the topsoil.

Not ten years later, John Bruce and artist WA Donnelley provided the first hand-drawn sketch of the stone and its markings. A plaster cast was also taken, but its current location is unknown. Over the next few decades, the stone achieved some archaeological notoriety but it wasn’t until an amateur archaeologist (and professional insurance broker) named Ludovic McLellan Mann took an interest that the Concho Stone was seen as a significant artifact of Scottish prehistory.

Unfortunately, Mann also saw the Concho Stone as his ticket to fame. In 1937, he filled every motif and carving with white, yellow, blue, green, and red paint. Today, such vandalism would lead to criminal prosecution, but Mann’s actions went unpunished. He suggested, without evidence, that the carvings portrayed certain unfounded cosmological events, including the ‘defeat of the eclipse-causing monster’. They also raised the stone’s profile to the wider community, most of whom were concerned that more damage could be done to the stone if it was not protected. It took some 30 years, but the Ancient Monuments Board decided to rebury the Concho Stone for its own protection, not the least because vandals had started to graffiti the rock.

The stone soon fell into obscurity, but thanks to excavations undertaken in 2015 and 2016, archaeologists have been able to remove the topsoil, clean the stone’s surface with high-pressurized water, and record the carvings. They have used a combination of modern archaeological techniques such as accurate laser scanning and photogrammetry, as well as traditional photography, detailed notes and hand-drawn sketches.

2. What’s Inside the Tomb of China’s First Emperor?

In 1974, farmers Yang Yhifa, his five brothers and neighbor Wang Puzhi were digging a well close to the village of Xiyang, about 35 kilometers east of the city of Xi’an. It hadn’t rained in months and they hoped to find a reservoir of much-needed water. What they discovered instead was China’s most spectacular archaeological site, the Mausoleum of the First Qin Emperor of China, commonly known as the Terracotta Warriors.

The farmers had been digging just 1.5 kilometers east of Emperor Qin Shi Huang’s tomb mound at Mount Li. At a depth of around 15 meters, they found a small bronze arrowhead and a terracotta sculpture of a human head. Extensive excavations revealed that the artifacts were part of a vast underground necropolis approximately 56.25 square kilometers in size.

The focal point is the tomb mound of Qin Shi Huang himself, the first emperor of a unified China and founder of the Qin Dynasty which lasted from 221 to 206 BCE. The warriors, standing to attention in battle formation, were most likely installed around the tomb to protect their Emperor in the afterlife.

Much of the necropolis has been excavated to reveal intricately molded warriors, each with a unique face and clothing, hundreds of terracotta horses, bronze chariots, and an array of weaponry. What has not been excavated is Emperor Qin Shi Huang’s tomb itself.

Surviving to a height of 51.3 meters, the rectangular, double-walled tomb is the largest of its kind in China. And it remains closed with an air-tight seal to preserve the delicate artifacts and architectural remains inside.

Archaeology, by and large, can be a destructive process and if the tomb is excavated, the majestic landscape of the Qin Mausoleum will be altered forever. Future technology may be able to ensure the safety of the objects, but, for now, the tomb remains closed and there are no immediate plans to open it.

Until then, we can only imagine what lies within.

3. What Was the Purpose of Laos’ Plain of Jars?

You can find the Plain of Jars on a flat, grassy plateau in the rugged province of Xieng Khoaung in upper northern Laos. It is a unique landscape that is peppered with more than 2,100 large and tubular-shaped stone structures. No one knows for sure who built them, or why, and we have only recently begun to understand when they were placed on the plain.

The jars themselves are huge — up to 2.5 meters tall and weighing in at around 30 tons each — and were most likely used in some sort of funerary capacity. We know this because human remains, including teeth, are buried around some of the jars. The Plain of Jars is one of UNESCO’s World Heritage Sites because it displays the technological know-how of a now-unknown southeast Asian culture, remarkably preserved in its original location.

For a long time, archaeologists believed that these mysterious stone jars were used throughout the Iron Age, between 1,200 and 200 BCE. New research conducted by scientists from the University of Melbourne, Australian National University, and the Department of Heritage, Ministry of Information, Culture and Tourism in Laos have found that they are much older. Using a technique called Optically Stimulated Luminescence (OSL), they have found that the jars were in place from as early as the second millennium BCE, which is around 2,000 BCE. Based on the most recent time they were exposed to light, OSL can date the sediments beneath the jars, making it possible to determine when they were put into their current positions.

Since 2016, ongoing excavations have slowly revealed the secrets of the jars. More human remains have been found buried close to the jars, which appear to be surface markers for underground burials. This includes large ceramic jars which contain the remains of human infants and young children. However, radiocarbon dating of the skeletons and associated charcoal reveals that they were buried sometime between the 9-13th centuries CE, much later than the stone jars’ placement.

Adding to the puzzling picture is the presence of three different types of burials at the site. The first consists of a whole skeleton laid out, the second is a collection of buried bones, and the third is a burial in a small ceramic vessel.

The question remains, why are the buried remains so much younger than the stones themselves? Archaeologists will continue to excavate the site to try to reveal whether different people used the jars at different times. Perhaps they will be able to determine whether those who buried people under the jars were the descendants of the original jar-makers.

4. What Were the Roman Dodecahedra Used For?

The Roman dodecahedron, also widely-known as the Gallo-Roman dodecahedron, is a curious object that dates from between the second and fourth centuries CE. Named for the 12 regular pentagon faces and projecting spheroids, they are cast from a copper alloy and have a hole on each face connecting to a hollow center. Most of the over 100 that have been found range in size from between four to 11 centimeters wide. They were recovered from modern-day Germany, Switzerland, France, Spain, Italy, Hungary, and Wales.

Curiously, there are no contemporary records of Roman dodecahedra from the Roman Empire. However, some were found as part of coin hoards, which means they might have been valued objects. Most were excavated from northwestern provinces of the Roman Empire which were steeped in Celtic traditions, but from a variety of contexts including military camps, theaters, temples, houses, and tombs.

There are many theories about how Roman dodecahedra were used. Perhaps they were scientific instruments that helped estimate distances or the size of objects far away. They may even have been used to help calculate the best time of the year to sow grain.

There have also been more fanciful — and far less convincing — suggestions. For example, that they were decorative candlesticks, scepter heads, religious objects, a type of dice, or even an instrument of divination that could be used to predict the future.

In 1982, a decorated Roman dodecahedron was excavated from the archaeological site close to the Cathedral of Saint-Pierre in Geneva. Engraved with the names of the zodiac, it lends weight to the theory that they might have been used in astronomy or astrology.

5. Why Are the Interlocking Walls of Pumapunku an Archaeological Mystery?

The spectacular stone terrace of Pumapunku lies at the heart of Tiwanaku (Tiahuanaco in Spanish), one of the largest archaeological sites in Bolivia. It is a monumental complex measuring almost 500 meters along its north-south axis. You can find it about 50 kilometers west of the capital of La Paz and archaeologists estimate that it was inhabited between 500 and 950 CE. This places it firmly in the Pre-Columbian era of South American history.

Pumapunku is a wondrous site because it is a massive integrated compound made up of stone platforms, plazas, ramps, buildings, courtyards, and stairways. The architecture was designed with a specific purpose: to guide walkers through the space where they could view the ritually important images and symbols that were carved on the walls.

What makes Pumapunku an archaeological mystery is the nature of its architecture. It is an intricate yet unfinished complex of doorways, gateways and windows and all of them are carved from single blocks. The craftsmanship of the masonry is unparalleled in Pre-Columbian sites because the walls are assembled using interlocking stones that fit together like the pieces of a jigsaw puzzle.

According to architectural historians Jean-Pierre and Stella Nair, who studied the remains in the 1990s, the “sharp and precise 90o angles observed on various decorative motifs most likely were not made with hammerstones. No matter how fine the hammerstone’s point, it could never produce the crisp right interior angles seen on Tiahuanaco stonework … The construction tools of the Tiahuanacans, with perhaps the possible exception of hammerstones, remain essentially unknown and have yet to be discovered”.

Unfortunately, attempts to study the Pumapunku architecture are difficult because the site has been severely damaged by treasure-hunting looters and those who have used it as a convenient quarry for modern buildings and railway construction.

Nonetheless, archaeologists like Alexei Vranich are adopting modern methods like 3D reconstruction to learn more about the fragmentary remains. Hopefully, their work will continue to reveal more about the bizarre yet spectacular interlocking walls of Pumapunku. 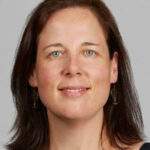 By Caroline HubschmannPhD Archaeology & Ancient History w/ Ancient Egypt concentrationCaroline is a historian and archaeologist who loves to bring the vibrancy of the past into the present via engaging and passionate storytelling. She considers herself to be lucky to have excavated in some of the most remote and picturesque locations in Egypt and Australia. She currently works as a consultant historian where she spends most of her time researching about the First Nations people who have lived on the site of her hometown of Melbourne for at least 40,000 years.

Caesar In Britain: What Happened When He Crossed The Channel?