HomeAnswersWas Achilles Gay? What We Know From Classical Literature 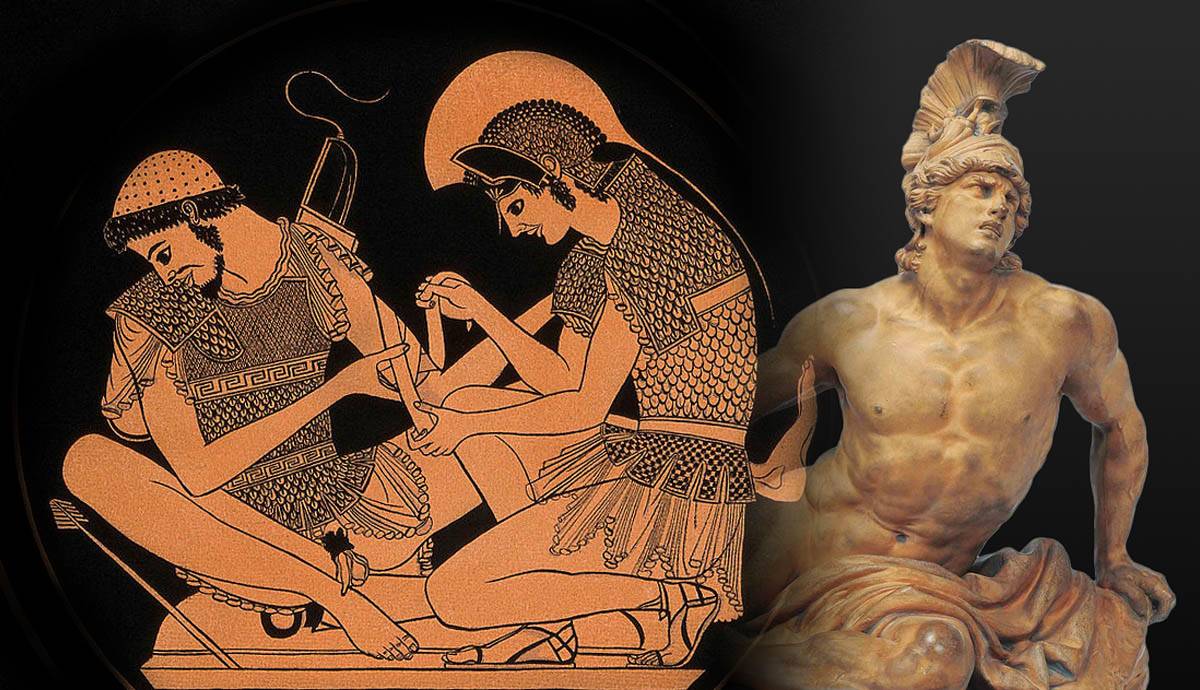 Achilles is one of the greatest war heroes of Greek mythology. Many will probably know he was a warrior by nature, and he staged some of the most ruthless and gruesome battles of the Trojan War. But he was also a deeply complex character, and there are aspects of his life that have remained a mystery. One of the most asked questions of all time is: was Achilles gay? Certain stories suggest this might have been the case, although we don’t really know. Let’s take a closer look at the evidence to find out more.

Many scholars have speculated about Achilles’ sexuality. One of the main arguments that suggest he might have been gay is the expression of love between Achilles and his closest friend Patroclus, who he had known since childhood. Homer’s epic poem The Iliad, gives us the most detailed account of their relationship. It describes them as close companions, but not specifically lovers. Instead, any romantic attachments are implied rather than stated as fact. Centuries later, various Greek texts presented Achilles and Patroclus as pederastic lovers (a common practice in Greek society where an older male and younger male form a sexual relationship). But we don’t know if there even was an age gap between them. Instead, it may just be a case of the Greeks projecting their own ideas onto the original story.

The Writer Madeline Miller Believes He Was In Love With Patroclus

In her much-publicised book The Song of Achilles, 2011, the writer Madeline Miller retells The Iliad as a romantic love story between Achilles and Patroclus. Miller particularly explores how Achilles’ expression of grief at the death of Patroclus suggests the deep agony and longing of love and a broken heart, not just friendship. Miller points out how he keeps a lock of Patroclus’ hair. She also explains how he wanted to remain with Patroclus’ dead body alone for an extended period of time, which points to a particularly intimate, close attachment.

Aphrodite Makes Him Fall In Love With Troilus

When Aphrodite tricked Achilles to fall in love during the Trojan War, she picked a young man named Troilus as the object of his desire. Was this pure trickery, or did she already know that Achilles had a preference for men? Either way, he fell victim to her scheme, and it was the beginning of his undoing as the leading warrior of the Trojan War.

Achilles’ Sexuality Might Have Been More Complex, as Some Stories Link Him Romantically to Women

Various stories about Achilles’ life suggest he might have been attracted to women, although he never officially got married. Before he enters the Trojan War, Achilles’ mother hides her young son in a dress in amongst the daughters of King Lycomedes (does this suggest he liked wearing women’s clothes?). But when the king’s daughter Deidamia finds out he is a boy, they have an affair, and a boy is born as a result, named Neoptolemus. During the Trojan War, we are told that Achilles was presented with Briseis, daughter of the Trojan priest of Apollo, as a war prize. When Agamemnon, King of the Greeks tries to take Briseis for himself, Achilles is outraged. This suggests he had an intimate attachment to her.

The Truth Is, We Don’t Know

Achilles is ultimately a fictional character who writers have moulded into their own fantasy for centuries. This means he has taken many different guises. Some think he was bisexual, since there is evidence of his romantic attachments to both men and women, while others see his deep attachment to Patroclus as a confirmation that he was gay. In the end, it’s all a mystery, which is part of what makes Greek mythology so fascinating and enduring.