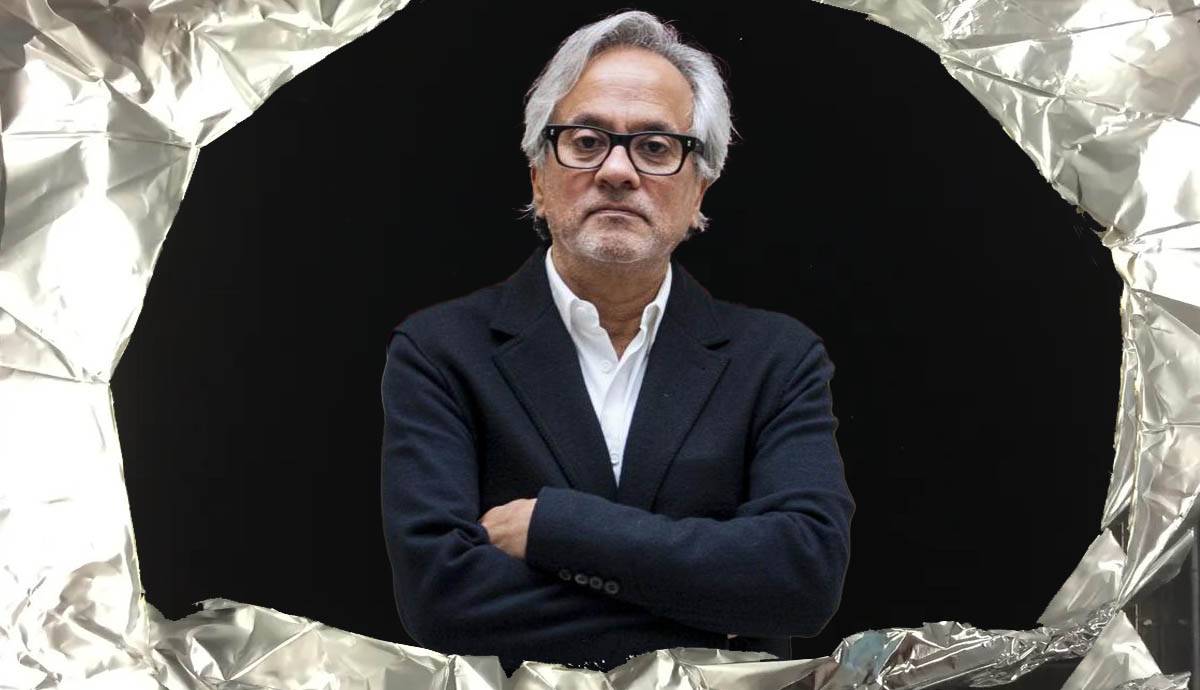 British-Indian sculptor Anish Kapoor has an international reputation for creating large-scale sculptures, public artworks and installations. In them he explores abstract, biomorphic forms and richly tactile surfaces. From high-gloss stainless steel that shines a mirror onto the world around it, to sticky red wax that builds up tracks of gunk on gallery walls, Kapoor enjoys titillating the senses with the properties of material substance. It is this attraction to materiality that first attracted Kapoor to the Vantablack pigment in 2014, then known as the “blackest black” for its ability to absorb 99.965 percent of the light around it, and make objects seem to disappear into a black hole. In 2014, Kapoor bought exclusive rights to Vantablack so only he, alone could use it. This is the following story that unfolded.

Anish Kapoor Bought the Exclusive Rights to Vantablack in 2014

Vantablack was first developed by British manufacturing company Surrey NanoSystems in 2014, for military and astronautical companies, and its reputation quickly gathered pace. One of the first to pick up on the possibilities of this material was Anish Kapoor, and he bought exclusive rights to the pigment so he could adapt it into a new body of work exploring voids and empty space. Kapoor’s exclusivity caused a backlash amongst the artistic community, including most publicly Christian Furr and Stuart Semple. Furr told one newspaper, “I’ve never heard of an artist monopolizing a material…This black is like dynamite in the art world. We should be able to use it. It isn’t right that it belongs to one man.”

Anish Kapoor Has Made Sculptures and Artworks Out of Vantablack

Kapoor spent several years fine tuning Vantablack with NanoSystems so he could incorporate the substance into his large-scale works of art. In 2017, Kapoor teamed up with watchmaker MCT to create a watch with an inner case coated in Vantablack. Worth $95,000 dollars, this enterprise further angered many in the artistic community, who saw it as shameless commercialism. In 2020, Kapoor planned to unveil a series of Vantablack sculptures at the Venice Biennale, but the pandemic led to its cancellation. Now rescheduled for April 2022, this is the first time Kapoor will release a major body of work made from the notorious black pigment. A major theme for Kapoor’s showcase is the concept of the ‘non-object’, where abstract objects and shapes seem to completely disappear into the space around them.

Kapoor and Stuart Semple Had a Public Feud

In 2016 British artist Stuart Semple developed a new pigment to rival the exclusivity of Kapoor’s black. Semple’s pigment, heralded as the “pinkest pink”, was released on sale to anyone in the world except Anish Kapoor. In retaliation, Kapoor somehow got his hands on Semple’s pigment and uploaded a photo on Instagram with his middle finger raised, having been dipped into Semple’s pink pigment, an up-yours to his new art rival. Semple’s reaction was to further antagonize Kapoor with his own black pigments, titled Black 2.0 and later Black 3.0. Since then, Semple has further ribbed Kapoor with the release of a whole series of new colors and textures, including the “whitest white” and the “glitteriest glitter.”

There is Now a New Rival to Vantablack

Unfortunately for Kapoor, in 2019 a new rival black was created by MIT engineers that not only absorbs even more light, (99.99 percent) but is also tougher, and, as developers say, “built to take abuse.” Brian Wardle, professor of aeronautics and astronautics at MIT admits it is only time before another rival substance is created to blow all the others out of the water. “Someone will find a blacker material, and eventually we’ll understand all the underlying mechanisms,” Wardle says, “and will be able to properly engineer the ultimate black.” If and when this happens, it will make Kapoor’s attempt for the exclusivity of Vantablack seem kind of pointless.