What Is Land Art? 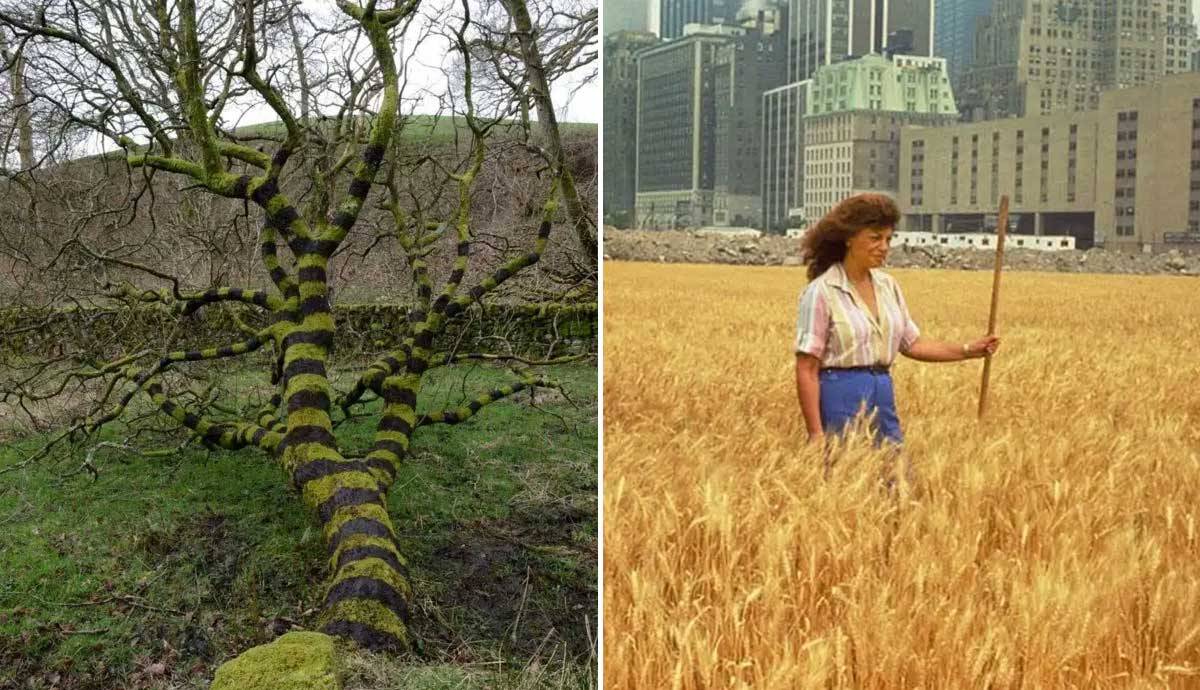 Land art, sometimes also known as Earth art, is one of the most daring and adventurous branches of contemporary art. Emerging out of the 1960s and 1970s, land artists worked predominantly in Europe and the USA. As the term explains, artists made Land art within the natural world. Artists making land art would often incorporate materials from the surrounding area, responding intuitively to its unique qualities.

More often than not, Land art occupied some of the most abandoned and uninhabitable places in the world. This meant many artists went to great lengths to make their interventions on the landscape, becoming intrepid, daredevil explorers and incorporating elements of performance art. In essence, Land art emphasized our need to connect with the natural world, and to work with nature, rather than against it, a message that is more pertinent and pressing than ever. We look through some of the highlights of Land art in our list below.

Many of the most famous examples of Land art are vast and all-encompassing in scale, emphasizing the sheer, sublime wonder of nature. Take, for example, Robert Smithson’s Spiral Jetty, 1970, a 1500 foot long and 15-foot-wide spiral set in Utah’s Great Salt Lake. Smithson used basalt rock, earth, stones and algae from the area around the lake to make the spiral. Another equally dazzling example is Walter de Maria’s Lightning Field, 1977, a grid of 400 metal poles set 220 feet apart in a 1 km field, hidden in a remote part of Catron County in New Mexico. The area has frequent lighting storms, and during its heavy lightning period from May to October, the rods attract dramatic prongs of light.

2. It Could Also Be Really Small and Temporal

Sometimes Land art wasn’t about grandiose gestures within great swathes of wilderness. Instead, some artists, such as Richard Long and Andy Goldsworthy, made subtle interventions that highlighted the fleeting, ephemeral patterns of the natural world and our temporary place within it. Long made the simple act of walking a defining feature in his art, exploring how the movements of his body across a range of surfaces could leave temporary patterns in nature. One of his most celebrated, yet small and subtle interventions is A Line Made by Walking, 1967, which he made by simply walking back and forth across a path in Wiltshire, England, until a linear track was left behind.

3. It Was Documented in Photographs

Photography was a vital component in the Land artists’ visual vocabulary. Those making art in wild and inhospitable places that few would ever actually visit made photographic documents to record their work and bring the experience to a wider audience. Similarly, those, like Long or Goldsworthy, who made temporal work documented their interventions in nature before the natural world dissolved their tracks in its wake. This means many museums consider the photographic documentation of Land art to be as important as the acts, installations, and interventions themselves.

4. Land Art Drew Attention to the Beauty of Nature

One of the most important themes of Land art was to highlight the wild wonder and beauty of nature. Nancy Holt’s Sun Tunnels, 1973-76, are set in the Utah desert, and they harness the blazing glory of the desert sun as it passes through them. In 1982, Agnes Denes planted a temporary wheatfield in New York’s battery park. When seen against the stark, monochrome skyline of New York City, the wheatfield was a golden, glowing emblem of nature, emphasizing just how important it is to reconnect with the natural world.