HomeAnswersWhat Was the Fluxus Art Movement All About? 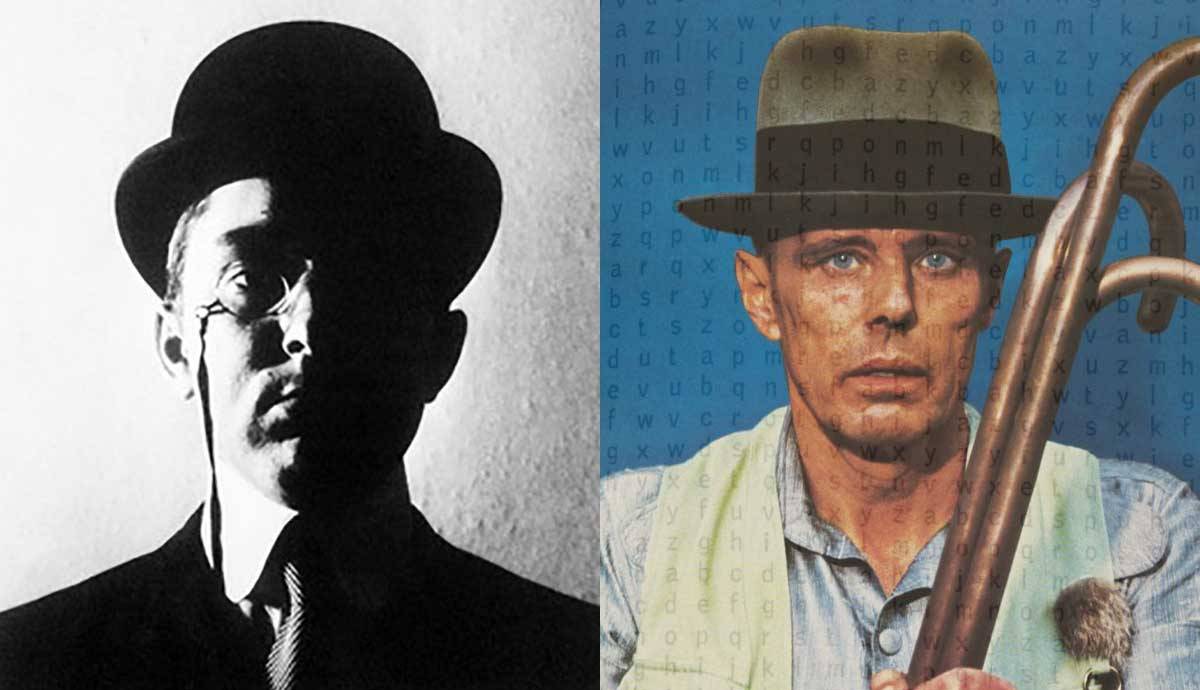 As far as weird art movements go, Fluxus must be up there near the top. From cutting off clothing to making a giant salad, Fluxus artists have created some of the strangest and most compelling art statements of all time. Following on the anti-art sentiment of Dadaism, Fluxus artists of the 1960s and 1970s experimented wildly with what art could be, pushing the boundaries of acceptability and mocking the pretensions of the art world. Rather than creating art objects, they toyed with event-based activities, often involving audience participation. Buzz words were inclusivity, interaction and collaboration, and the movement chimed in with the free-wheeling spirit of the hippie era. We examine some of the key facts surrounding this fascinating and hugely influential art movement.

1. Fluxus Was Founded by George Maciunas

The Fluxus art movement was founded in 1960 by the Lithuanian American curator, performance artist, graphic designer and musician George Maciunas in New York City. He described Fluxus as, “a fusion of Spike Jones, gags, games, Vaudeville, Cage and Duchamp.” He was making reference here to both the great 1920s Dada artist Marcel Duchamp, and the radical 1950s performance artist and musician John Cage, who were both fundamental forefathers that paved the way for the wild experimentation of Fluxus. In fact, Cage’s radical music composition classes at The New School in New York laid the seeds for the Fluxus art movement in the late 1950s.

Maciunas organized the first official Fluxus event at the AG gallery in New York in 1961, a gallery he co-owned. He titled the event Bread & AG and organized a series of poetry readings. Maciunas went on to stage a further series of performance-based events in New York and Europe, branding himself as the leader of a new art movement. However, he was a volatile leader with a short temper, and frequently expelled group members he didn’t get on with. While Fluxus began in New York, a series of festivals, or ‘Flux-fests’ in Europe in 1962 helped spread Fluxus ideas far and wide. Further centers of Fluxus activity developed in Germany and Japan.

Maciunas named the Fluxus movement after a music magazine of the same name, which featured the work of pioneering musicians associated with Cage. The magazine in turn took their name from the Latin word fluxus, meaning ‘flowing.’ Maciunas took this concept of movement and translated it for his own purposes, arguing that art should be a constantly shifting source of energy that anyone in society can share. He argued that the aim of Fluxus was to “promote a revolutionary flood and tide in art, promote living art, anti-art, promote non art reality to be fully grasped by all peoples, not only critics, dilettantes and professionals…”

3. Fluxus Focused on Experimentation and Collaboration

From the outset, Fluxus artists worked across the disciplines of music, art, poetry and performance, merging them together and embracing elements of chance, process and improvisation along the way. While there was no one signature, or recognizable style, Fluxus artists shared a Dada ‘anti-art’ sentiment, arguing that bourgeois art objects and museums were elitist and exclusionary. Instead, art should be for everyone, and anyone could be an artist. Any objects they did make were merely tools for facilitating events and experiences.

4. Some of World’s Most Famous Artists Were Members of Fluxus

Some of today’s best-known artists were members of Fluxus at various points in their career. These include Nam June Paik, George Brecht, Yoko Ono, Alison Knowles and Joseph Beuys. In fact, Joseph Beuys was one of the most outspoken members of the Fluxus art movement, sharing his ideas across Germany and the United States through his practice as a performance artist and teacher, and his belief that “everyone is an artist.”

The Fluxus art movement gradually fizzled out following the death of Maciunas in 1978. But its impact on the international art world was profound, shaping the nature of performance art, land art, conceptualism and much more that followed. Meanwhile, the legacy of many Fluxus performances and events live on. Fluxus artist Alison Knowles famously organized a giant collaborative salad-making performance titled Let’s Make a Salad, 1962, at London’s ICA. Since then, she has re-organized new versions of the event, most recently for the Walker Arts Centre in Minneapolis in 2014.