HomeAnswersWho Was the Founder of Dadaism? 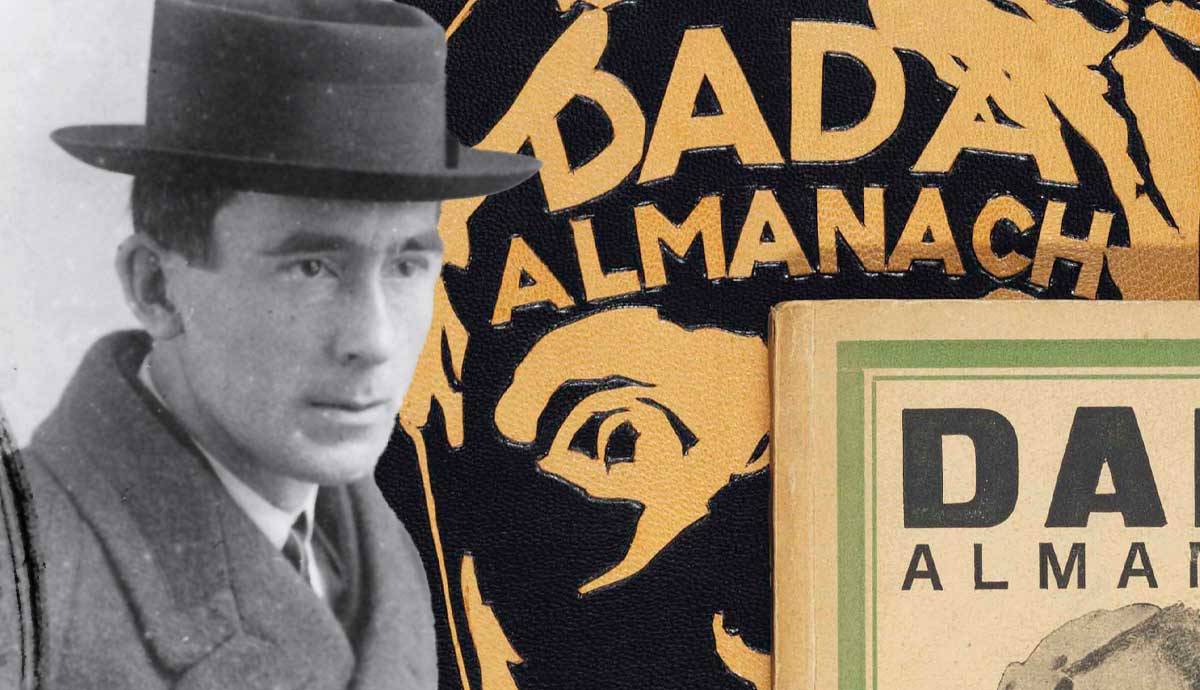 Dadaism was one of the most radical visual art and literary movements of the European 20th century. Spanning a vast range of media from performance to poetry, installation and more, this epic movement took a deliberately anarchic, anti-establishment approach to the production of art. Subsequently, it paved the way for the conceptual art movements that followed. With their deliberately provocative and nonsensical interpretations of war-ravaged society, Dadaists tore up the rulebook, proving that anything goes. But who was the founder of Dadaism? Was it just one person? Or was it a group? And where did it all begin? Keep reading to find out more…

Hugo Ball was the Official Founder of Dadaism

Although Dadaism was predominantly a visual arts movement, it was a writer who founded Dadaism. In 1916, two years after the outbreak of World War I, the Swiss writer Hugo Ball founded a subversive nightclub in Zurich called the Cabaret Voltaire, along with his friend, the poet and performance artist Emmy Hennings. Later, Ball and Hennings also established the first ever Dada publication, a self-peened magazine where they launched the name of their new art movement which, “will bear the name ”Dada”. Dada, Dada, Dada, Dada.”

The Name Dada Came From a Dictionary

Various stories have circulated over the years about where the name ‘Dada’ actually came from. In one of the more entertaining and popular versions of history, the artist Richard Huelsenbeck stuck a knife at random into a dictionary, and the point landed on the word ‘Dada.’ And Ball and Hennings liked the word for its child-like, nonsensical absurdity – on the one hand it has origins in the French word for a hobbyhorse. But it also mimes the first words of a child, appealing to the group’s desire to distance themselves from the so-called maturity of bourgeois society.

At Cabaret Voltaire, Ball and Hennings established a platform for daring young voices to make themselves heard. They invited open contributions of performance art, poetry readings and more. In their first Dada publication, they wrote, “Young artists of Zürich, whatever their tendencies, are invited to come along with suggestions and contributions of all kinds.” This open call tapped in to the spirit of the times, when many artists and writers felt a growing mistrust for bourgeois society. These feelings spilled out into Dada art, which was deliberately nonsensical, cynical and skeptical.

Although Ball Founded the Movement, He Left Early

While Ball was the founder of the Dada movement, he left Zurich to pursue a career in journalism just a year after it was established. But by now the movement was quickly gathering pace. Radical new members including the artists Hans Arp, Tristan Tzara, Marcel Janco, and Richard Huelsenbeck.

Tristen Tzara Was an Instrumental Dadaist

Romanian artist Tristan Tzara played a fundamental role in establishing Dada as a visual arts movement. So much so, art historians often cite Tzara as the true founder of Dadaism. In 1917, Tzara established a creative space he called Galerie Dada, in Bahnhofstrasse, Zurich. Here he staged regular Dada events and performances alongside art exhibitions. In doing so, Tzara shifted the focus of Dadaism away from performance and poetry towards visual art.

Tzara made it his life’s mission to spread Dada ideas far and wide across Europe. He did this by producing Dada magazines and sending ongoing letters to writers in France and Italy to promote their cause. In one fateful Dada event staged by Tzara in 1919, over 1000 people turned up, while performers staged deliberately provocative and flagrant speeches aimed at antagonizing the crowd. Things quickly spiraled out of control and turned into a riot, which Tzara saw as a great triumph. Describing the event, he wrote: “Dada has succeeded in establishing the circuit of absolute unconsciousness in the audience which forgot the frontiers of education of prejudices, experienced the commotion of the New. Final victory of Dada.” While the riot caused a huge amount of controversy, it also raised the group’s notoriety, thus furthering their cause.

Dada artist Richard Huelsenbeck founded Club Dada in Berlin in 1917. The movement quickly gathered pace here, lasting from 1918 to 1923. Some of the most celebrated Dadaists emerged from the Berlin strand of the movement, including Johannes Baader, George Grosz, Hannah Höch, Kurt Schwitters, and Raoul Hausmann.

The Mama of Dada: Who Was Elsa von Freytag-Loringhoven?