HomeAnswersWhere Did the Renaissance Begin? 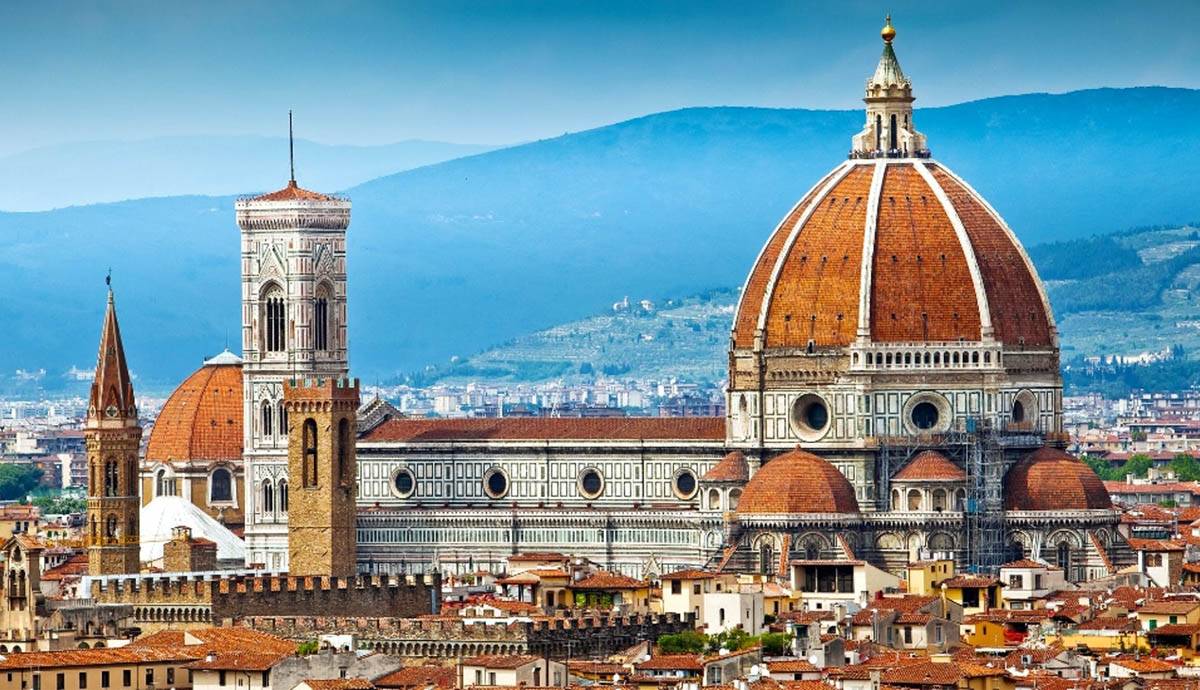 The Renaissance was an incredible period in our human history, when some of the most important cultural advancements of all time were made. These developments expanded across fields of architecture, literature, philosophy, science, politics and more. But where did the Renaissance actually begin? The origins of the movement can be traced back to 14th century Florence, Italy. As the movement progressed it reached across Italy, hitting a high point in Rome, and eventually moving into the rest of Europe. Let’s dive in and take a closer look at the birthplace where it all began.

The Renaissance Began In Florence

The Italian city of Florence is widely accepted as the birthplace of the Renaissance. One of the main reasons it began here was thanks to two scholars – Dante Alighieri and Francesco Petrarch. Both these writers were instrumental in reviving an interest in ancient Greek and Roman culture. Through their research, a cultural ‘rebirth’ or ‘Renaissance’ of this ancient art, literature and philosophy took place. Petrarch founded a school of thought known as Humanism, based on the ancient texts of Cicero. In his ‘Humanist’ philosophies Petrarch argued that all creativity should be founded on logic and reasoning, with humans at the centre. In fact, Petrarch was so influential he is often referred to as the “Father of the Renaissance.”

Florence Was a Wealthy and Prosperous City

Florence was able to found the Renaissance in the 14th century because it was so prosperous. This wealth was mostly brought about by the establishment of successful trade throughout Asia and East Europe. On a grimmer note, some even say the Black Death that wiped out much of Florence’s population had a silver lining, leaving smaller numbers to benefit from the city’s wealth. Various prominent dynasties emerged who became important cultural patrons – the most famous were the Medici family, who funded an array of projects and ventures that still exist today, while others included the Sassetti and Tornabuoni families.

Florence Was a Site for Creative Experimentation

The Renaissance is best-known for its creative legacy, which originated in Florence. Florentine painter Giotto di Bondone explored startling new levels of realism, form and facial expression. At a similar time, Florentine architect, designer and sculptor Filippo Brunelleschi discovered linear perspective, allowing artists to create unbelievably real qualities of depth and space. As ideas expanded from one generation to the next, artists became increasingly more ambitious in their quest to make powerful and meaningful connections between art and the real world around them.

Although the early Renaissance began in Florence, the pinnacle of the movement – the High Renaissance – happened in Rome. It was led by the big three: Leonardo da Vinci, Raphael and Michelangelo. Pope Leo X (a member of the Medici family) filled the city of Rome with a stunning array of religious buildings and artworks to promote the cause of Catholicism across the city. Artists dazzled audiences with sublime visions that were startlingly real, invoking the fear and wonder of God.

From Italy It Spread Throughout Europe for Centuries

Such was the radicalism of the Italian Renaissance, its influence spread throughout Europe from the 14th to the 17th centuries, and new ideas, concepts and beliefs became increasingly advanced and sophisticated. Notable nations who made significant contributions to the Renaissance period include Germany, England, Spain and France – each country took varying approaches and made their own ground-breaking contributions to art, science and culture. But what all shared was an emphasis on scientific rationalism and reasoning, and a desire to master an advanced understanding of the world around them.