HomeAnswersWhat Is So Special About Petra in Jordan?

What Is So Special About Petra in Jordan? 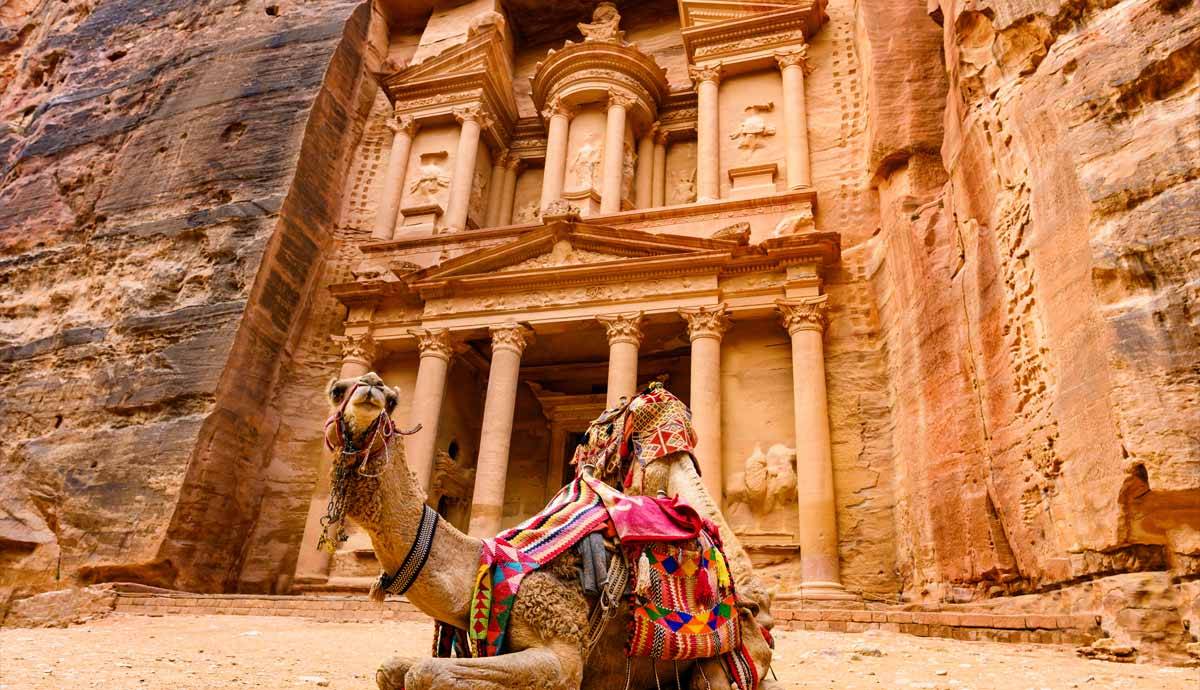 Petra in Jordan holds special significance today, as a UNESCO world heritage site, and one of the modern day seven wonders of the world. But what is it about this location that makes it so special? Located deep inside the Jordanian desert, Petra is an ancient stone city carved out of pink sandstone rock, hence its nickname as ‘the Rose City.’ Lost for centuries, the city was rediscovered in 1812, prompting historians to call it the ‘Lost City of Petra.’ We look through a handful of facts about this fascinating ancient archaeological wonder that dates all the way back to the 4th century BCE.

Petra is an ancient city that dates back to the 4th century BCE, making it one of the oldest surviving cities in the entire world. The city was founded by the Nabateans, an ancient Arab people who forged the cultural hub here because of its prime spot along the busiest and most important ancient trade routes, between the Red Sea and the Dead Sea, and a crossroads between Arabia, Egypt and Syria-Phoenicia. The city therefore became an important stop off for foreign traders, who would pay for water and shelter in the middle of the desert. This meant Petra became wealthy and prosperous in its day.

Petra Is Carved from Rock

Petra is half carved and half built out of locally sourced sandstone rock in shades of red, white and pink. The city even takes its name from the materials it is made – derived from the Greek word ‘petros’ meaning rocks. These impressive architectural feats showcase a range of architectural styles, from Nabatean rock carving to Greco-Roman and Hellenistic temples, columns and orders. One of the best-preserved aspects of Petra is the temple known as the Treasury, which most likely began its life as a temple or tomb but may have later been used as a church or monastery.

It Was a Desert Oasis

One of the most remarkable aspects of Petra’s history was the complexities of its facilities, given it was built in the middle of the desert. The Nabateans found efficient ways of channeling water into the heart of their city, through building dams and reservoirs. In fact, their irrigation systems were so effective, they even managed to grow abundant gardens with tall trees, and have flowing fountains in the area, which seems hard to imagine when looking at the city’s ruins today.

It Is a Popular Film Set

Given the weight of history held inside Petra’s colossal stone walls, perhaps it is no surprise that it has been the theatrical setting for several movies, TV programs and video games. The most notable are the Hollywood blockbusters Indiana Jones and the Last Crusade, (1989), and The Mummy Returns (2001).

Petra Was Partially Destroyed by an Earthquake

In the late 4th century large parts of Petra were badly damaged during an enormous earthquake, which nearly flattened the entire city. Many residents subsequently left, and the city fell into ruin. This meant the city became lost for many centuries. However, in 1812, the ruined remains of Petra were rediscovered by the Swiss explorer Johan Ludwig Burckhardt, who had been travelling across the Sahara to the Niger, looking for the source of the river.

Only a Small Part of Petra Has Been Uncovered

Incredibly, only 15% of Petra has been uncovered and opened for tourists today. The rest of the city, which historians estimate is four times larger than Manhattan and covers around 100 square miles, is still buried under mounds of rubble, waiting to be uncovered. Incredibly, this vast area once housed more than 30,000 people.

Timeline of Ancient Egypt: From the Old Kingdom to Ptolemaic Egypt