HomeAnswersWhat Is the Terracotta Army?

What Is the Terracotta Army? 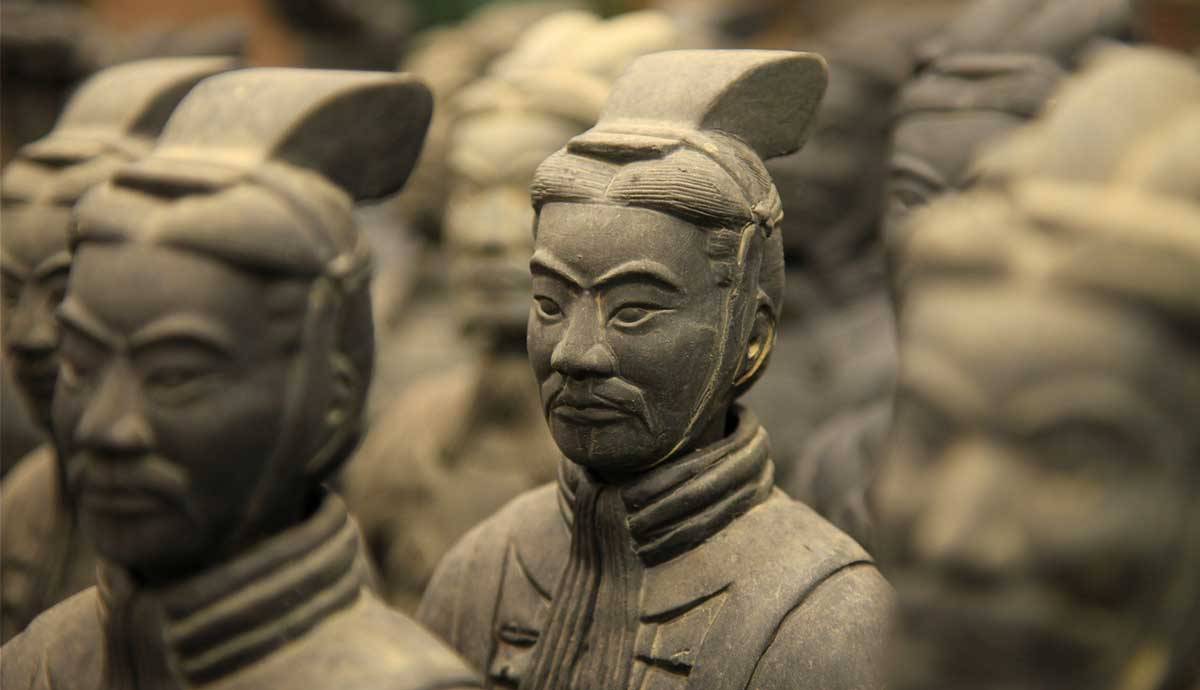 The Terracotta Army is a burial tomb from ancient China. Discovered in 1974, the underground tomb was once the burial ground for China’s first Emperor, Qin Shi Huang. It features around 8,000 Terracotta warriors, horses and chariots. They were all built to accompany the great leader on his perilous journey into the afterlife. Today the tomb is a renowned UNESCO World Heritage Site that holds secrets about Chinese history. We take a look through some of the most fascinating facts surrounding this stirring emblem of ancient China.

1. Farmers Discovered the Terracotta Army in 1974

Local farmers in Xiyang Village discovered the ancient burial tomb on their land in Lishan Town in Lintong County, while digging deep into the ground to create an underground well. Initially they discovered some broken pieces of pottery, followed by several shattered, life-sized terracotta warriors. They notified the government, who sent out an archaeological team to investigate further.

What the researchers found was nothing short of miraculous – an underground army made up of thousands of warriors, which had remained relatively untouched for around 2,000 years.

Incredibly, the Terracotta Army is one of the oldest surviving tombs in the world, at nearly 2,000 years old. Emperor Qin Shi Huang began the construction of his burial tomb when he was just 13 years old, following his ascent to the throne, as a monument to celebrate the contribution he hoped to make within Chinese history. Because of its age, the tomb is a source of fascination for historians, revealing deep insight into the culture, beliefs, military, arts and culture of the Qin Dynasty.

Archaeologists believe the Chinese government employed some 700,000 highly skilled laborers to create the Terracotta Army. This vast workforce carried out the extensive work over a period of around 40 years. Sadly, researchers believe the epic team involved in the creation of this huge army were buried within the tomb, in order to keep the details of the mausoleum a secret to the outside world.

4. Each Warrior Is Around 2 Meters Tall

Each figure in the Terracotta Army is around 2 meters tall. However, the heights of different figures vary slightly, with generals the tallest, and the lower ranking soldiers somewhat smaller in stature.

5. Craftsmen Made the Warriors from Local Clay

The soldiers were made from local earth mixed with Quartz sand. Archaeologists believe the laborers made the individual soldiers using around 8 different molds to create certain different body types and physiques. But incredibly, each figure was given its own unique, distinguishing facial features, meaning no two figures are the same. These models were fired in a kiln to create the strong structures that have survived for 2,000 years.

6. Originally, the Army Was Colorful

While the monumental army is a sea of terracotta browns today, research suggests in their day they would once have been painted with brightly colored lacquer to give them a truly lifelike appearance. Around 40,000 ancient weapons have also been excavated from the tomb, which would once have been held by the army, including axes, spears, crossbows and arrowheads.

7. No one Knows What’s Inside the Emperor’s Private Tomb

The private tomb of Emperor Qin remains unopened, so no one really knows what it contains inside. This is because archaeologists are deeply concerned about the preservation of the remains inside. They are also worried that the tomb might have a dangerous booby trap inside. However, ancient writings describe how it once contained miniature palaces, pavilions and offices. Given the care, detail and attention the Chinese took in creating the army, we can only imagine what revered treasures might be lurking within the tomb.

Who Built the Great Wall of China and Why?