HomeAnswersWho Built the Great Wall of China and Why?

Who Built the Great Wall of China and Why? 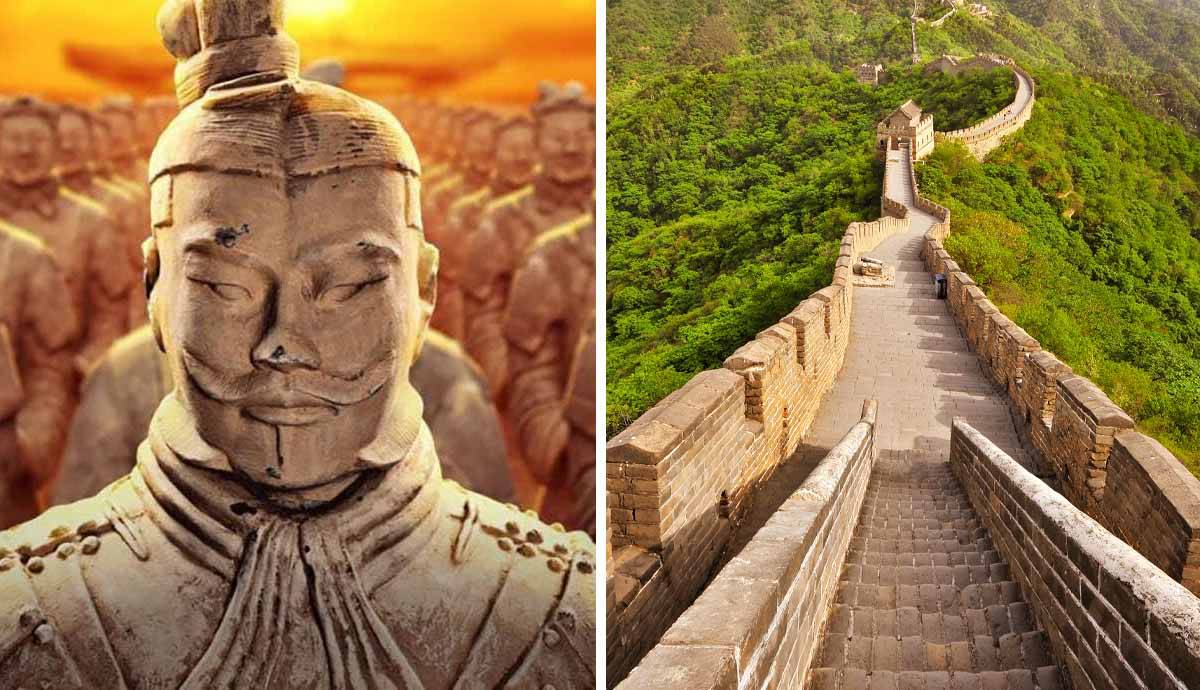 The Great Wall of China is without a doubt one of mankind’s greatest achievements. This series of ancient walls and fortifications spans an incredible 13,000 miles of Chinese land along the northern border. The wall was built slowly over 2,300 years by 9 different dynasties, making it a vitally important part of Chinese history. It is for this reason that the wall became a protected UNESCO World Heritage Site in 1987. The Great Wall of China was also recognized as one of the modern day Seven Wonders of the World in 2007. We look through the changing face of the largest wall in the world, and what it tells us about the development of China’s rich and diverse history.

The earliest parts of the Great Wall of China were built by Chinese overlords belonging to the Zhou Dynasty. During this time, they built a series of comparatively short walls. Centuries later, these would be joined together into one larger wall. The purpose of these early boundary walls was to protect Chinese territory from nomadic, barbarian foreign invaders. Their greatest rivals included the Mongols, Turks and Manchus.

During the 3rd century BCE Qin Dynasty, Emperor Qin Shi Huang conceived the notion of a ‘Great Wall’ of defense that would span a large swathe of Chinese land. As the first ruler of unified China, Emperor Qin Shi Huang began work on the wall in 221 BCE. Under his leadership, earlier fortifications between Chinese states were removed. Next, the existing walls along the northern border of China were joined into a long system around 10,000 li long (a li equals around one third of a mile). The main threat to China at this time was from the northern Xiongnu tribes, hence why the wall was strengthened in this area.

During the Han Dynasty, the wall was extended and strengthened. At the peak of the Dynasty, the wall extended from Lop Nur in the west to Liaodao in the east. Thus, the Great Wall of China reached 5000 miles, including its branches and supporting walls. Later, during the Song and Yuan Dynasties the wall was invaded by foreigners who attacked its weakest spots. Having found their way through, Mongolians eventually seized control of the Chinese Empire. These invasions left the Great Wall it in a damaged state of disrepair.

The Ming Dynasty was a fruitful period in Chinese history. The remaining indigenous Han people overthrew Mongol overlords and reclaimed their heartland, thus giving rise to the Ming era. It was during this dynasty that the Great Wall of China as we know it today began. In 1474, General Qi Jiguang oversaw the construction of the best-known and most preserved section of the Great Wall, reaching from today’s Shanhaiguan in Hebei to Juyongguan in Beijing. Under Ming leadership the wall was also expanded to include bridges, temples, watchtowers, platforms and pagodas. Towns were even built along the wall to garrison soldiers in preparation for any imminent attacks. This extensive restoration and construction work continued throughout the 14th and 17th centuries A.D.

Since the 18th century the Great Wall of China has been internationally recognized as an iconic emblem of Chinese power and authority. Thus, various modern ruling emperors have since taken great care to restore, repair and protect the wall not as a system of defense, but as an emblem of great cultural and historical significance. One of the wall’s best-known areas, Badaling, located 43 miles (70 km) northwest of Beijing – was extensively refurbished during the late 1950s, while more widespread restoration has been ongoing since the 1980s, to varying degrees of success.