What Type of Artist Was Pierre-Auguste Cot?

Pierre Auguste Cot was a Classic Academic artist that used his understanding of the movement to chronicle stories that gave insight into humanity in both small and big ways. 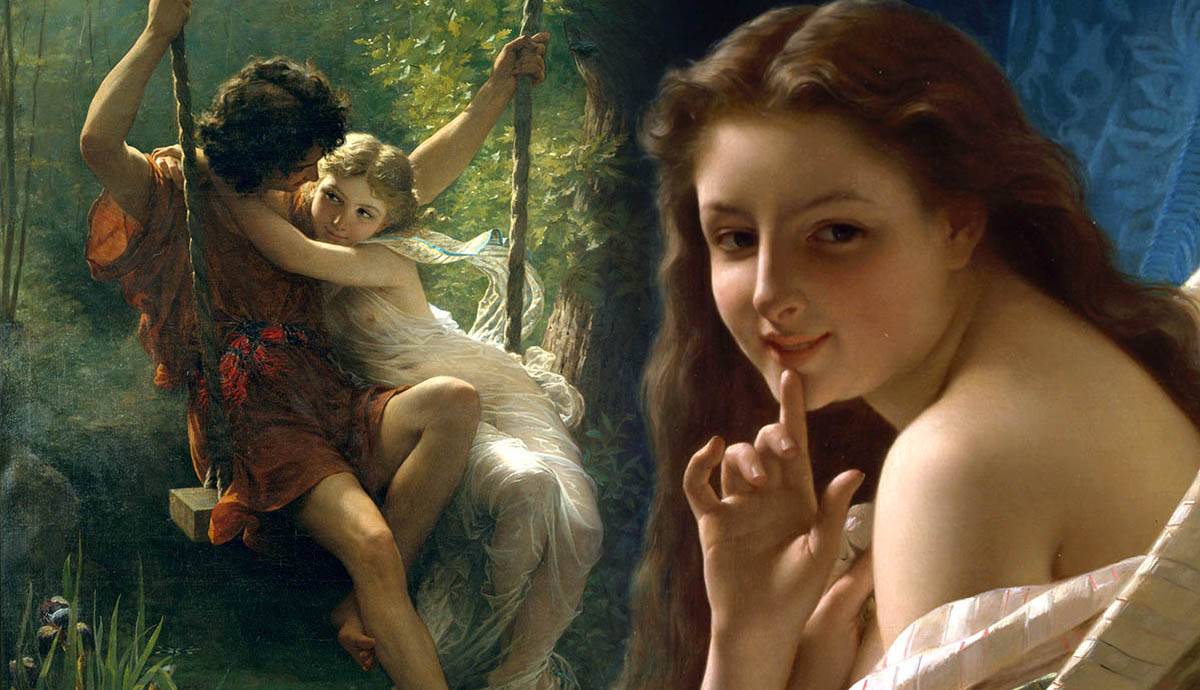 Pierre Auguste Cot was a French painter who used his unique style of portraiture to give his viewers a glimpse into the lives of his subjects. His works ranged from fiction to fact but always made a point to give his audience a glimpse into the humanity of his subjects. Having learned from the likes of William Adolphe Bouguereau and Alexandre Cabanel, Cot was able to perfect his execution of direct and vague storytelling.

Who Was Pierre Auguste Cot?

Pierre Auguste Cot was a French Academic Classic painter during the eighteen-hundreds. He is best known for his works: Springtime (1873) and The Storm (1880), but has a multitude of other paintings that feature portraiture — his signature — as well as Classic subjects matters, like the Greek gods. Unfortunately, he died young, at the ripe age of forty-six leaving behind few works in what seems to have been a short artistic career, having only gotten into the Salon in his thirties. So, his paintings like Springtime and The Storm, which are non-portrait pieces, are actually very few. Cot was, however, always a storyteller. But, before getting into that, let’s understand the movement that he is associated with.

What Is Academic Classicism?

Academicism comes from the French Art academy, French Académie des Beaux-Arts, where well-known pre-contemporary French artists went. How? It’s simple, any art that went by the French art academic standard was considered Academic art. The academy taught with the Neoclassical and Romantic movements in mind, which became the established style that Pierre Auguste Cot and his predecessors used. The style was established because of the Poussinists versus Rubenists debacle where the former believed that drawing was most important and the latter believed color to be most important, so the academy needed to come up with an artistic standard that could accommodate both. The Academic style is a perfect fusion of Neoclassical draftsmanship and the Romantic use of color, which can be seen in well-known Academic painter Alexandre Cabanel’s, The Birth of Venus.

Where Did His Inspiration Come From?

Cot studied under the likes of William-Adolphe Bouguereau and Alexandre Cabanel at the Academy. Bouguereau’s paintings displayed the newly refined nature of the Academic style. He was known for his storytelling through symbolism, action, and expression. His painting A Young Girl Defending Herself Against Eros, which is below, is a fine example of such.

Not only that, the intensity by which he painted the eyes of his young girls and women seems to have also inspired how Cot painted the eyes of many of his subjects, like The Beggar Girls and Portrait of a Girl, the women’s eyes holding an intense expressiveness. Pierre Auguste Cot’s paintings display a variety of expressions, but the ones that jumped out were not the typical shy or sensual expressions that tended to be associated with girls and women. The most striking pieces were his portraits that displayed subjects whose gazes were defensive, pained, or pensive.

Bouguereau’s mastery of the Academic style was an example to Pierre Auguste Cot, helping him to perfectly blend Romantic landscape and color with Classic subjects without the hardness and intensity that comes with the Neoclassical style, which even Bouguereau favored in the past, like with his painting Dante and Virgil in Hell. Additionally, Bouguereau’s aforementioned storytelling comes through with the subtlety he uses in this painting. From the use of “Cupid” instead of a more mature version of Eros to the woman’s nudity and almost playfully pushing Ero away, a person can assume much by viewing this piece. You could assume Bouguereau was attempting to show a woman’s desire to enjoy sexual lust and embrace it, as she is not fighting Eros off but almost playfully pushing him away which can bring the viewer to believe that the woman wishes to embrace a man’s sexual desire. It is no wonder Cot’s works all have a story to tell be it small or large.

Alexandre Cabanel is another artist that Cot worked with and watched become a beacon of expectation for the Academic style, contributing to its development. Like Bouguereau, his subject matters were of religious and Classical natures. Cabanel was also privy to painting Shakespearean subjects, unlike Bouguereau.

Cabanel was known for his portraiture which probably had a heavy influence on how Pierre Auguste Cot further developed his own portrait style. Cot’s ability to tell a story within his portraiture, his main subject in paintings, definitely came from Cabanel as well. However, Cabanel’s influences were slightly different from Bouguereau’s.

Cabanel breathed life into portraiture in a way that Bouguereau did not. He used subjects that were more classically inclined than Bouguereau, who showed favor for painting people you could see on a random dirt road or in a hat shop. Cabanel sought to elevate his subjects, though that is not to say that they lacked realism, it is just that his pieces come across as more separated from reality than Bouguereau and you can see that in Cot’s pieces.

Despite Cabanel being a mentor of sorts, Pierre Auguste Cot and he definitely bounced off of one another which is why it is fascinating to see both Cabanel and Cot focus on the works of Shakespeare in their pieces more than Bouguereau, though that is not to say Bouguereau necessarily avoid the works. The artist preferred subject matters with more bite if he wasn’t painting someone true to life.

Pierre Auguste Cot’s Portrait of a Girl is such a good example of the combined influences of Cabanel and Bouguereau, with its intense gaze and subtle gesture. We are given a piece that comes off similarly to Desdemona in its palette and vulnerability, but then there is the normal quality to the subject herself, there’s nothing too elevated about her, making her come off Bouguereau’s Girl with Violets (1872), a regular subject with a natural understated beauty that is all her own.

Though that is not to say that Cot did not have subjects that leaned more into Bouguereau’s ideal, natural portrait, Cot’s Pisan Girl with Basket of Lemons and Oranges is a perfect representation of his leaning into the idealization of the everyday subjects, taking more inspiration from Bouguereau than Cabanel. With Cabanel and Bouguereau, Pierre Auguste Cot was able to find his own balance and even inspire his predecessors and colleagues within the movement. If anything, Cot found his own perfect unity between the intensity and subtlety of the Academic movement like those before him.

Like most Neoclassical art, there is an overarching story from myth, religion, or history to be told to the viewer. Despite the piece not being of a Classic nature, Pierre Auguste Cot’s Ophelia was one of his more popular pieces, just not as popular as his The Storm and Springtime which were mentioned before.

If you look up the pieces from the Romantic movement like Saturn Devouring His Son by Fransciso Goya and The Desperate Man by Gustave Courbet you can get a glimpse into where Cot was pulling from for the nature of his pieces. These pieces have a darker tone to them. It is as if he was balancing the coloring of Goya and Courbet’s work against the painting application of his own Academic style that he was perfecting under, and alongside, Bouguereau. Not only that, he focused on the psychological aspect of Ophelia’s character and not just her death. He also showed the moments leading up to it. This approach is very reminiscent of Bernini’s David, allowing the viewer to see the moments leading up to such a climatic decision.

Cot’s Ophelia came during his years of honing and mastering his interpretation of the Academic style. Cot was able to make pieces like Ophelia, an image both haunting and beautiful in its intensity, because of studying the prior Romantic movement which had dark pieces of its own that were deeply psychological in nature. Of course, there is the tragedy itself that took place in Hamlet, but what is so different is the way in which he portrayed Ophelia compared to those before and after him.

The famous Sir John Everett Millais’ Romantic Ophelia came twenty years before Cot’s and Cabanel’s came ten years later, yet Millais’ and Everett’s have more in common than with Cot’s. Why? The obvious is that Millais and Cabanel took the time to bring an iconic scene to life in paint while Cot recreated the image of a woman who was breaking and deciding if she would take her own life. Hence the alternate title Pause for Thought. Ophelia was not mentally sound by the end of Hamlet and you can see that in the eyes of Cot’s Ophelia, unlike Millais and Cabanel’s.

Millais’ iconic Ophelia gives off the tragic nature of the scene fully embracing the sublimity of the Romantic movement while Cabanel’s shows a woman who is free from the mental hardship she endured during the duration of the play. Cot’s Ophelia is one of a kind among his overall body of works, giving the viewers even more insight into Ophelia’s story.

As a storyteller, Pierre Auguste Cot made it his mission to portray more than just a standard portrait in his works. He gives the viewer a glimpse into who the portrayed person is, what their drives and motivations are, and even what makes them happy. With Portrait of Young Woman, we see someone who is flirty and inviting. This painting leaves room for the viewer to interpret the scene, which appears to be the aftermath of an affair, shushing the one who caught her, or the woman flirting with the person she was sleeping with. The wife, the courtesan, the prostitute, the fiancée, she could be anyone. We are simultaneously given everything and nothing within just a moment in time. Which is a skill that Cot had begun perfecting the year before he crafted his Ophelia.

If you look at Mother With Two Children at the Grave of the Father in comparison to Pierre Auguste Cot’s Ophelia you see a lot of what made Ophelia special, but you can also see where Cot sought to improve his style. This is just speculation, as we do not know the exact dates of the paintings. Unlike his Portrait of a Young Woman there are no vagaries. We are given clues of sorts as to the overarching story of the painting. The title of course is a dead give away but without knowing, one could infer plenty about the lives of the subjects and the nature of the portrait. Cot elevated a mournful endeavor into something almost religious in its application, truly exemplifying what people sought to execute with the Academic style.

Barbara Kruger: Politics and Power
By Rosie Lesso, in Artists
How Much Does Picasso Owe to African Art?
By Lisa Modiano, in Artists