HomeArt12 Things to Know of the Neoclassicism Movement

Neoclassicism has exerted a powerful influence over art and architecture, helping shape some of the world’s most famous cities. Read on to find out more about this important artistic movement. 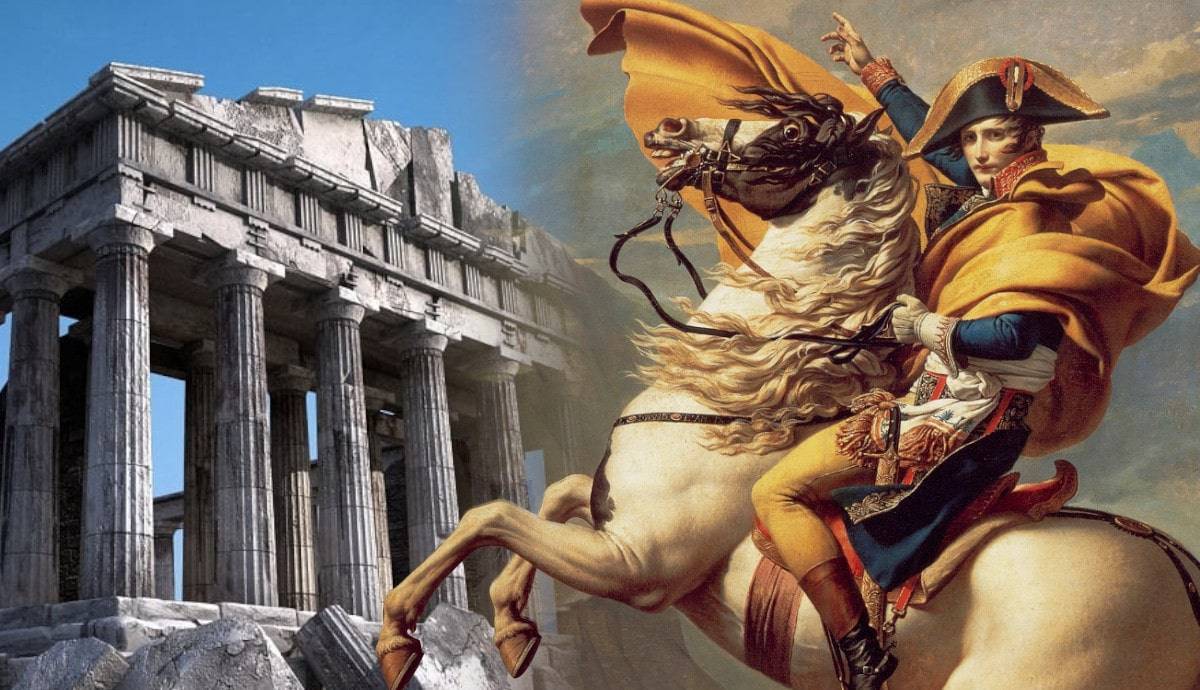 The term Neoclassicism literally means ‘new Classicism’, and so it is no surprise that the European artistic revolution has its roots firmly in the ancient world of Greece and Rome. Here are 12 facts about the influential movement of Neoclassicism.

Technological advances during the 18th century meant that the field of archaeology improved, enabling discoveries such as the famous ruins of Pompeii. The finds encouraged a renewed interest in the art and architecture of the Classical world, with a number of books published on these subjects. The great empires of the ancient world had an aura of glory and mystery that intrigued and attracted artists in all areas.

The phenomenon of the Grand Tour contributed to the fashion for all things ancient. Throughout the seventeenth, eighteenth, and nineteenth centuries, it was typical for young, upper-class men to go on an extended trip around Europe after coming of age.

As mementos of their travels (and to show off their learning and wealth), these men began to bring home relics that they had encountered on their route. Thus the concept of collecting antiques was born.

With an increased demand for Classical pieces, artists and architects started to reflect the principles of ancient art in their own work.

Another factor in the emergence of Neoclassicism was the Rococo movement that directly preceded it.

The Rococo style was characterized by elaborate ornamentation, theatrical swirls, and complex designs. Neoclassicists reacted against this trend for the exuberant by prioritizing simplicity, symmetry, and the Classical ideal of ‘unity’.

Neoclassicism returned to the principles of Classical art, which were based around the concept of ‘unity’. This meant all parts should be harmoniously balanced, in the correct proportions, and moderately and rationally arranged.

Clean, crisp lines replaced the twists and turns of Rococo art, and color was generally toned down.

The subject matter often involved Greek or Roman myths, as well as the epic stories of ancient heroes, such as Achilles and Hector.

Neoclassicism is a sub-category within the Classicism movement that dominated European art throughout the Middle Ages and Renaissance. Classical Greece and Rome had been such mighty powers that their influence continued to show in literature, drama, architecture, and the visual arts.

But different thinkers and craftsmen across Europe interpreted the Classics in predictably different ways. It was only in the 18th century that a commonly-held view of what constituted great Classical art was established. Even so, there is still a huge range of variation in Neoclassicism, partly because the artists had so many different media to express their ideas.

An important early medium was engraving, along with etching. This involved carving shallow lines into a copper or wooden block, which would then be pressed onto inked paper to transfer the pattern or image.

Giovanni Battista Piranesi was the most important engraver of the 18th century. His work largely consisted of ‘vedute’, highly-detailed etchings of Italy’s urban vistas, both contemporary and ancient. In particular, he made reproductions of Roman ruins, which encouraged the viewer to contemplate the impact of time on the grandeur of Classical civilization. These were especially popular with the young men on their Grand Tours, and so Piranesi became famous throughout the continent.

During the eighteenth century, when Neoclassicism was emerging, there were no known paintings from the ancient world, but artists still took inspiration from Greek and Roman culture. Often using statues as models for their figures, artists painted scenes from Classical myths and legends, such as the story of the glorious Horatius brothers, two of whom sacrificed their lives fighting for their city. Jacques-Louis David’s bold emphasis on vivid, heroic action in the foreground is typical of the Neoclassicist style.

A familiar image from Classical sculpture, the masculine torso became another focus of Neoclassical painters. Jean Ingres, a student of David, produced multiple depictions of the male body in a variety of forms. In this example, the man very much resembles a Classical statue, with his waves of curling hair and his contrapposto pose, grasping a staff reminiscent of a spear.

Sculpture was another medium through which the principles of Neoclassicism were given life. Statues from ancient civilizations were being continually excavated, giving craftsmen the opportunity to reproduce identical versions or create their own models inspired by these relics.

Antonio Canova’s ‘Cupid and Psyche’ is undoubtedly one of the most brilliant examples of Neoclassical sculpture. Suppleness and grace are combined with clean lines and a mythological subject to produce one of the period’s most famous works.

The Neoclassical movement left its largest legacy in the buildings produced during the eighteenth and nineteenth centuries, which have continued to inspire architects to this very day.

Largely inspired by Greek and Roman temples, Neoclassical architecture is characterized by its grand scale, imposing blank walls, and mighty exterior pillars. It is also celebratory or commemorative in nature, serving as a demonstration of the power and competence of those who built, commissioned, or inspired it.

Inspired by the finds at Pompeii, interiors came to be decorated with singular ornamental items, such as vases and cameos. Friezes also became popular, adorning the walls of some of Europe’s most splendid palaces.

The Classical models even inspired urban planning, with the grid system of roads re-introduced in many important cities. Under Catherine the Great, St. Petersburg was transformed with a number of impressive Neoclassical buildings.

Neoclassicism is often viewed as the antithesis of the Baroque, a contemporary style that existed in counter-tension to the simplicity and symmetry of Neoclassicism. The two movements, which both influenced the visual arts, architecture, literature, and music, naturally have some overlap, such as their legendary or religious subject matter. However, in contrast to the clean, crisp lines and solid color of Neoclassicism, the Baroque movement exploded in a whirl of flamboyant detail, rich color, and fluid movement, as vividly demonstrated by the Church of St Nicholas in Prague.

2. Neoclassicism in the United States

Although Europe was the original home of the Neoclassicism movement, its sphere of influence extended across the pond.

The Founding Fathers envisioned that America would become a world power to rival the likes of ancient Greece and Rome. As a result, the country’s capital is dominated by buildings inspired by these mighty empires. From the Jefferson Memorial to the Capitol Building, Washington is a testament to the ongoing influence of Neoclassical architecture.

The most popular form of Neoclassical art for collectors is furniture. From chandeliers to cabinets, chairs to columns, the well-ordered and elegant design of these pieces means that they are still popular today. Whether displayed as decorative pieces or put into actual use, they remain among the most desired and valuable types of antique furniture.

Neoclassical paintings are also widely sought, particularly those by the movement’s most prominent artists, such as David, Ingres, and Guérin.

16 of the Most Significant Gods of Ancient Egypt
By Jono Elderton, in Ancient History
Here Are The Most Valuable Comic Books By Era
By Jacqueline Martinez, in 17-19th Century