HomeArtBaroque: An Art Movement as Luxurious as it Sounds

Baroque is an art movement characterized by its drama and grandeur. The word comes from French but may have originated from the Portuguese Barraco, which means a flawed pearl. 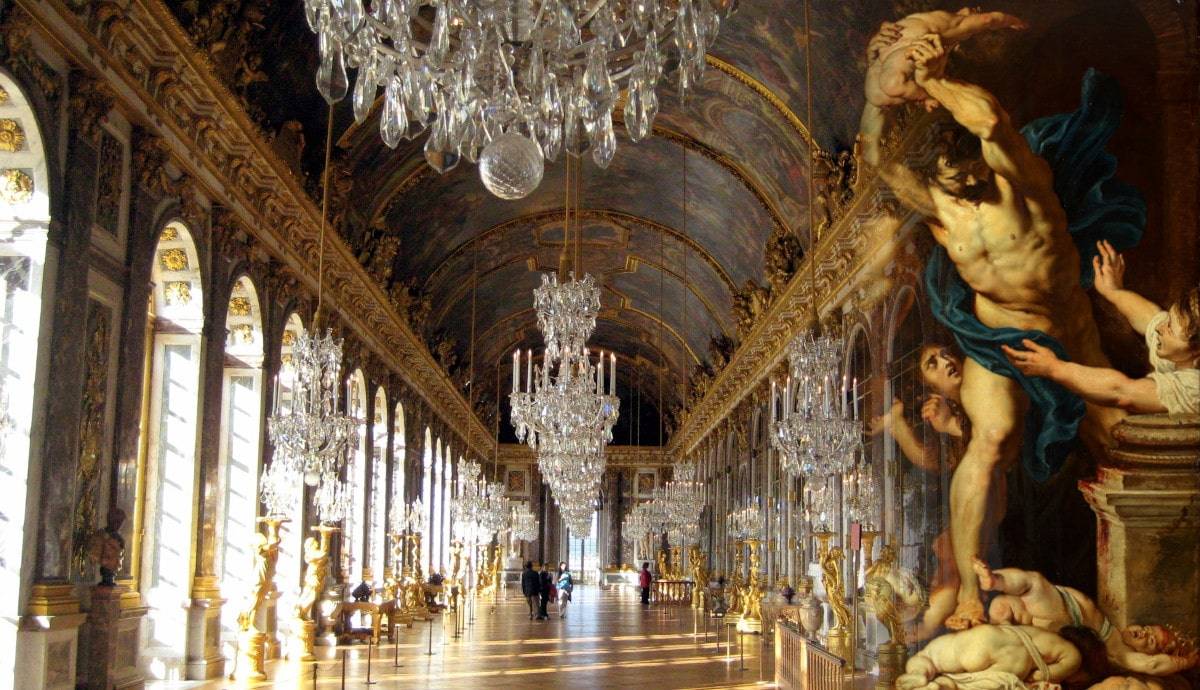 Baroque is an art movement characterized by its drama and grandeur. The French word may have originated from the Portuguese Barraco, which means a flawed pearl. Works from this era heavily use chiaroscuro, a painting technique that emphasizes the difference between light and dark for a dramatic effect. They show characters in dramatic motion and don’t shy away from luxurious, golden, and emotionally-charged details.

However, the creators of Baroque didn’t just want it to be beautiful art. Instead, they started the movement as religious propaganda.

The Baroque movement began in Italy in the 17th century before it spread to the rest of Europe. The Protestant Reformation, spearheaded by Martin Luther, had begun just a century earlier. Luther inspired many followers to break away from the Catholic church, and adopt practices for a new form of Christianity. He wanted people to have access to read their own Bible and get rid of the simony system, where people essentially paid for their sins to be forgiven.

From 1545-1653, the Catholic Church held a meeting with the Council of Trent in Northern Italy to discuss how to counter the reformation. They decided that one of the ways they could inspire people to follow Catholicism over the alternatives was through stirring their passion in art. Protestantism was a noticeably simple, austere expression of religion. The Catholic Church offered the opposite system; they created art to inspire strong emotional turmoil, drama, sensuality, and life.

You can see Baroque’s influence in major religious architecture, such as in St. Peter’s Square in Rome, and the Royal Palace of La Granja in Spain. Baroque influenced every form of expression, including architecture, music, and painting.

Notable Artists (And Their Controversies)

Some of baroque’s spearheads were Bernini, Caravaggio, and Rubens.

Bernini (1598-1680) is considered one of the best Baroque sculptors. He worked for 8 popes and is responsible for making some of the most famous sculptures such as The Ecstasy of Saint Teresa (1647-1655).

On the painting side of Baroque was Caravaggio (1571-1610), who would both stun and anger many of his viewers by combining the grandeur with natural life.

Caravaggio lived at a time when scientific naturalism was becoming more popular in Northern Italy. Therefore, while he used emotional spectacle and chiaroscuro in his work, he portrayed biblical figures as common people at the same time. You can see dirty feet and the lack of color in Mary’s face in the piece The Death of the Virgin.

One of his icons, Judith Beheading Holofernes, is regarded as hyper-realistic. So much so that people believe Caravaggio was inspired by the public execution of Beatrice Cenci in Rome in 1599.

Caravaggio’s work inspired Flemish artist Peter Paul Rubens ( 1577-1640). Rubens’ art was all about classical and Christian history. He painted The Massacre of the Innocents (1612), which portrays a story from the Gospel of Matthew. It recounts a scene of Herod’s soldiers killing young men just outside his palace. The story says that Herod commanded this to prevent the prophesied King of the Jews from coming.

However, there’s still more history behind the work. The Eighty Year War was occurring during this time. The Spanish army killed eight thousand citizens in Antwerp, so some view the painting as a plea for peace.

These are just three of the major artists that baroque touched. Other famous practitioners of this dramatic style are Johannes Vermeer, Diego Velàzquez, and Artemisia Gentileschi, to name a few.

Its Reach: From Rococo to the Rest of the World

Baroque was the backbone of another major art movement to follow. If Baroque is the Catholic Church, Rococo is King Louis XVII. Rococo is an art movement born out of 18th century France. Louis XVII wanted to stop borrowing from foreign influences and create something uniquely French.

In this era, France was going through the Enlightenment, a period that championed reason over religion. Rococo took a turn away from the moody hues of Baroque art and turned to pastels instead. The style celebrated happiness, romance, courtship, and the secular, rational life of French nobles.

The word Rococo comes from the French rocaille, which means pebbles. They were used to decorate caves, so shells and pebbles became a common Rococo motif. You can see this in some of the fountains in Louis XVII’s Palace of Versailles.

Outside of France, Baroque has influenced music, gardens, dance, and sculpture. Many Latin American churches adopted this style, such as the Cusco Fountain in Peru and the Zacatecas Cathedral in Mexico.

Baroque continues to be a symbol of luxury and passion. People create furniture, curtains, and art for homes that use gold accents and patterns to create the feeling of a rich home. Whether some people feel its excessive or beautiful, baroque has had an undeniable impact on art and culture.

What Is the Dada Art Movement?
By Kaylee Randall, in Art
Identifying Roman Marbles: A Collector’s Guide
By Tea Fumić, in Art