HomeArtistsDiego Velazquez: Did You Know?

The Baroque painter and Spanish icon Diego Velazquez led a full and successful life, intermingling with the royal court of Spain and is remembered as a master of Western art. 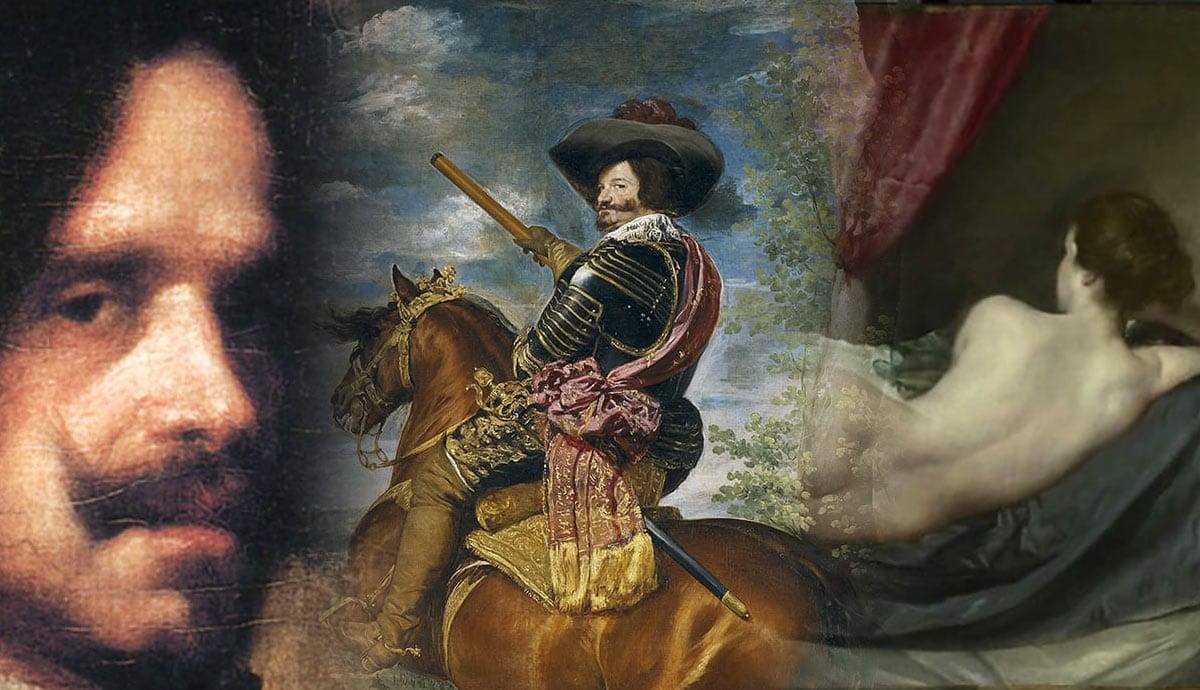 More than a painter and with a rebellious side, here are three things you should know about Velazquez.

In the 17th century, Spain was a country in decline. The once-powerful nation harbored huge debts and the government was completely corrupt. Still, Velazquez managed to earn a comfortable wage as an artist from the royal court.

He was introduced to King Philip IV’s court by his teacher Francisco Pacheco, who would later become his father-in-law. Pacheco was Spain’s foremost painting theorist and Velazquez started working with him at 11 years old, continuing for six years.

Pacheco had connections in the royal court and after this initial introduction, Velazquez’s first job was painting a portrait of Count-Duke of Olivares who was so impressed that he recommended his services to King Philip IV himself.

From there, he secured his position as the King’s favorite painter and it was decided that no one else would paint the king. Even when the Spanish crown started going broke, Velazquez was the only artist who continued to earn a salary.

Even though Velazquez started out painting religious themes during his time with Pacheco, his professional work was mainly portraits of the royal family and other important court figures.

In the Spanish court, Velazquez worked alongside fellow Baroque master Peter Paul Rubens, who spent six months there, and painted incredible works such as The Triumph of Bacchus.

Velazquez became so dear to King Philip IV that he was knighted and fully immersed in 17th-century Spanish court politics. Velazquez was less concerned with the artistic value of his paintings but was more interested in the power and prestige that went along with painting for the most powerful people in the country.

So, he worked hard to earn his status as the most celebrated painter in Spain and it seems to have paid off. Even when he was under investigation for not being “an old Christian” due to his Jewish heritage, King Philip IV intervened in his favor.

Velazquez also served in court as a wardrobe assistant and superintendent of palace works. In 1658, he was given decoration responsibilities for Maria Theresa’s wedding to Louis XIV. He was truly an intrinsic part of life at the Spanish court during the 1600s.

Only one of Velazquez’s nudes still exists today

Even though Velazquez was an official member of Spain’s royal court, meaning he was respected and held in high regard by King Philip IV, he still had a rebellious side.

As an apprentice, he would use live models to paint nudes instead of using practice books, which was the common practice at the time. Not only was painting live nude models considered inappropriate in the 1600s, but nude artwork of this kind was also wholly illegal during the Spanish Inquisition. This is a noteworthy fact that Velazquez got away with such behavior.

Historical records show that Velazquez probably only ever painted three nude portraits in his life, which by today’s standards barely scratches the surface of rebellious. But there are only two nude portraits that still exist from that period at all. One of them is Rokeby Venus by Velazquez. So, that’s surely saying something about the culture of the time.

There’s quite a bit of mystery surrounding the identity of the woman in the painting. Some historians assume that Velazquez painted it in Rome during his second trip there in late 1649 or early 1651. Others assert that the painting was done in Spain.

Still, the soft textures, modest exposure of only the woman’s backside, and assumptions that Velazquez feared ex-communication from the Catholic church even while composing this piece are all interesting topics of discussion surrounding this only surviving Velazquez nude.

Velazquez is considered one of the most prestigious painters of the Baroque period and, as we’ve seen, the most important court painter to the Spanish royal family. At the time, painting court portraits was the only real way for an artist to make money. It was either that or being commissioned by a church to paint ceilings and altars.

Therefore, Velazquez developed a realistic style that was meant to depict the people he was painting in a realistic way to the best of his ability. After all, that was his job.

From June 1629 to January 1631, Velazquez traveled to Italy where he started to take more liberties with bolder brushstrokes and adding an emotional touch to his work instead of starkly painting reality.

When he returned to Madrid, he started painting members of the court on horseback and made sure to depict the dwarves who served at court as intelligent and complex. He went back to Italy a second time from 1649 to 1651 and painted Pope Innocent X which became one of his most defining pieces.

During this time, he also painted his servant Juan de Pareja, notable for its striking realism and some say his nude, Rokeby Venus was also completed during this time.

After these two trips to Italy, in 1656, he painted his most acclaimed work as his technique was more assured and refined than ever, Las Meninas.

Velazquez became ill and died on August 6, 1660, and is remembered as a true master. He has inspired modern artists such as Pablo Picasso and Salvador Dali, with Impressionist painter Edouard Manet describing him as “the painter of painters.”