HomeAnswersWhere Was Attila the Hun From? 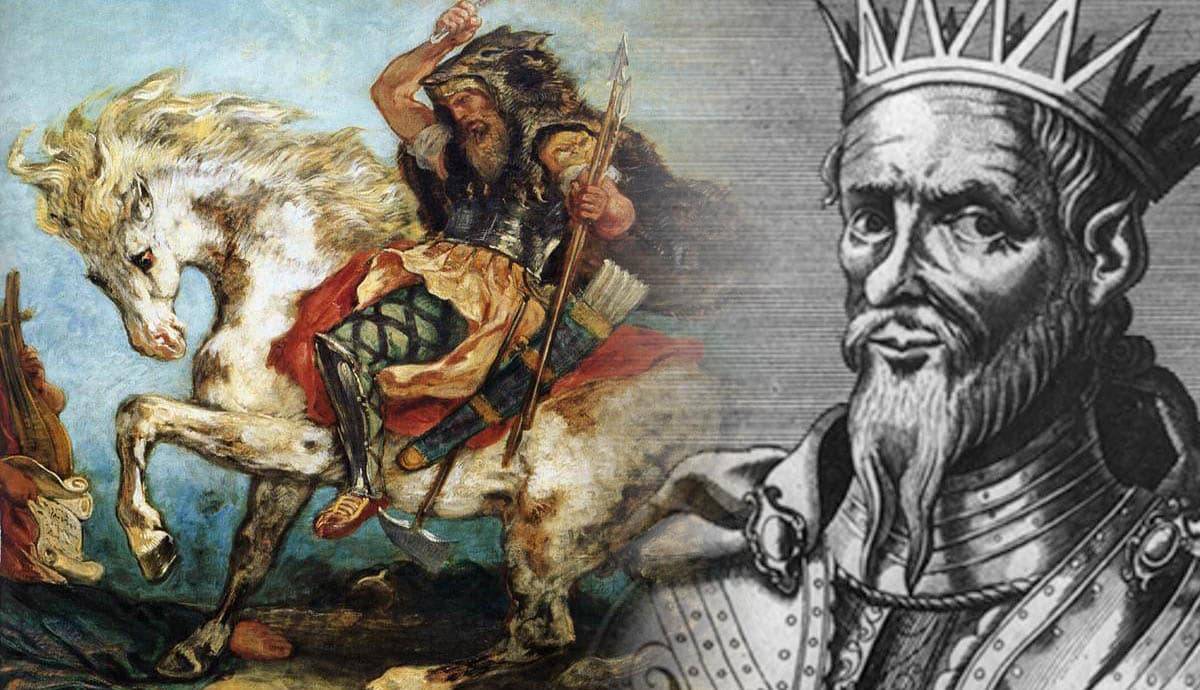 Attila the Hun was the formidable leader of the Huns in the 5th century CE. A barbarian ruler with a ferocious temper, Attila is still recognized as one of the most fearsome men to have ever lived, with a nickname of Flagellum Dei, meaning “the scourge of God.” As ruler of the nomadic Huns army, and ruler of the Hunnic Empire, Attila the Hun travelled widely around the Eastern and Western Roman Empire, wreaking havoc along the way. But where was Attila actually from? Let’s take a closer look at his life story to find out more.

Attila the Hun Was Born in Pannonia (In Present-day Hungary)

Attila the Hun was born in Pannonia, a province of the Roman Empire in Transdanubia, Hungary. He was descended from a nomadic tribe known as the Huns, who had originated in Central Asia, and begun conquering areas of Europe in the 2nd century CE, including the area north of the Danube where Attila grew up. Though he later became a monster, Attila’s upbringing was relatively stable and secure. He and his brother Bleda were the children of the powerful rulers of the Hunnic Empire, and thus they both inherited leadership when they became adults.

He Became Ruler of the Huns

The Hunnic Empire that Attila and Bleda inherited stretched across the Rhine region to the borders of Sasanian Iran in the Caucasus. During their early years as leaders, Attila and Bleda led a series of brutal battles against the Roman Empire in their quest for ultimate power. Alas, their brotherhood was not to last – experts believe Attila arranged to have his brother assassinated in 445, so he could become the sole leader of the Huns.

He Travelled Throughout Eastern Europe

With his brother out of the way, Attila the Hun’s megalomania only grew stronger. He travelled throughout Eastern and Northern Europe, sacking more than 70 cities along the way and expanding the boundaries of the Hunnic Empire. At the peak of his power in the mid-5th century, Attila and his army ruled over vast areas of Scythia, Germania, and Scandinavia.

He Later Sacked Cities in the Western Roman Empire

In his early years of leadership, Attila the Hun had a solid relationship with the Western Roman Empire, in part because of his friendship with Roman general Aetius. But when Attila got greedy, claiming Roman princess Honoria as his bride and demanding half of the Western Roman Empire as a dowry, that’s when things went badly wrong. When Emperor Valentinian III refused Attila’s unreasonable requests, Attila waged a full-scale war against the West (some say his wedding with Honoria was just an excuse for another battle).

He Died in Hungary

Attila launched a full-scale attack on Gaul, France in 451 CE. Their most famous battle took place on the Catalaunian Plains, (also known as the Battle of Chalons) when Attila and his army destroyed most of the Western Roman army. Even so, allied forces against the Huns stood their ground, and forced Attila  to retreat back into Hunnic territory. Despite his failed campaign, Attila was not one to give up so easily – he and his army attacked Italy in 452, sacking Milan and Aquileia.

Given his fearsome reputation, one might expect Attila the Hun to have had a gruesome or heroic death on the battlefield, but he reportedly died in his own home in Hungary 453 of a brain hemorrhage, on the very night of his latest wedding to a young bridge named Ildico. Following his death, the Huns encased Attila in three coffins, the outer made of iron, the middle of silver and the inner of gold, and buried him in a mystery location. At the time of his death, Attila’s Hunnic Empire spanned central Asia across to modern-day France and the Danube Valley. But it was not to last – eventually Attila’s former army collapsed and their threat against the Roman Empire was no more.

Emperor Diocletian: The Genius Who Saved the Roman Empire