Who is the Egyptian Goddess Isis? (7 Facts) 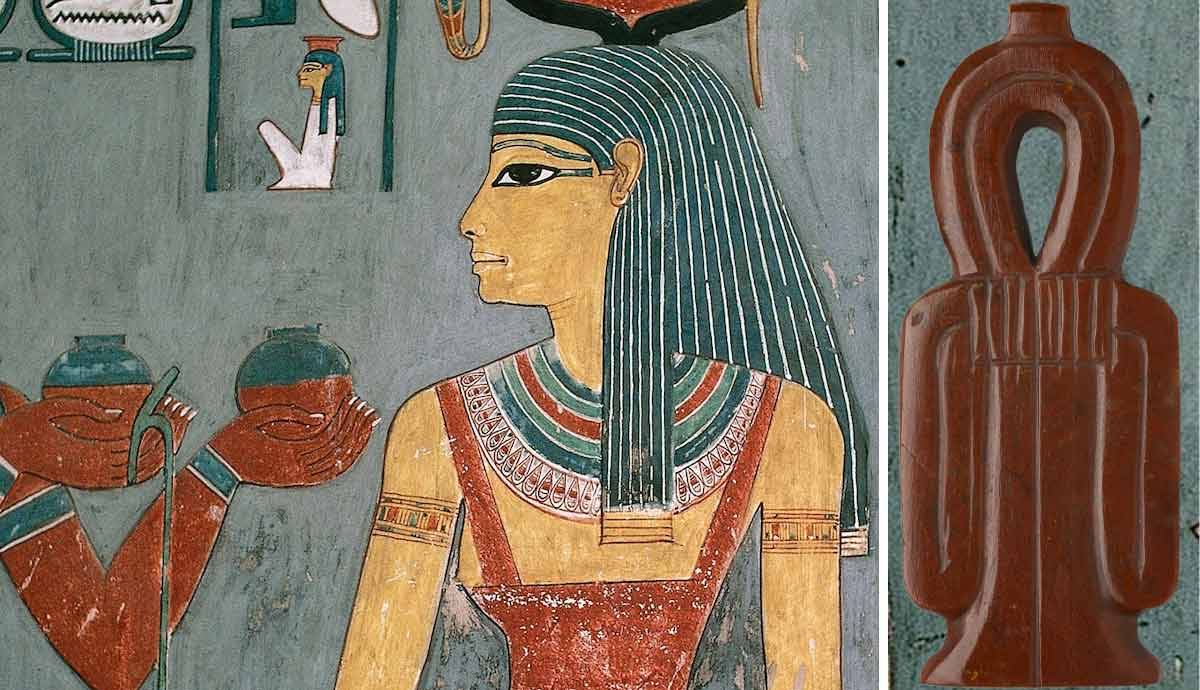 Isis was the Egyptian goddess of love, healing, fertility, magic and the moon. Egyptians also called her Aset or Eset, and over time she was the most worshipped goddess in all Egyptian culture. Such was her influence, the Egyptian goddess Isis continued to be worshipped during the Greek rule of ancient Egypt. Later, she played a role in Roman mythology, and historians have even compared her to the Virgin Mary of Christianity. Let’s take a look at 7 fascinating facts about this revered cult figure who inspired centuries of female deities that followed.

The Egyptian goddess Isis was once an obscure figure known as Aset or Eset, without dedicated temples in her name. But as the dynastic age grew, her influence expanded until she evolved into one of Egyptian mythology’s most revered goddesses. Her name later evolved into Isis, a Greek variation meaning Queen of the Throne.

2. She First Appeared in the Osiris Myth

The root origins of the Egyptian goddess Isis have been traced by historians all the way back to the Osiris myth of the Old Kingdom in ancient Egypt, which was one of their most important, foundational stories. According to the myth, Osiris and his wife Isis were the first rulers of the world. Together, they taught the wayward men and women of the world how to live a civilized and productive life. Unfortunately, Osiris’ jealous brother Set destroyed the life they had built together, by murdering Osiris, and casting his body into pieces across Egypt. Isis searched high and low, gathering all the fragments together and piecing him into a living man again.

Throughout the evolution of Egyptian mythology, Isis played a series of important roles. She could restore human souls back to life, as well as welcoming the dead into the afterlife. One of her most important symbols is the tyet amulet, a red, looped form known as the Isis knot, which represented the blood of Isis, which ancient Egyptians considered to be a potent symbol of protection when entering the afterlife.

The Egyptian goddess Isis was also a cosmic deity, with close associations to magic, the moon, the sun and the stars. Egyptians came to believe Isis could be found in the brightest star of the night sky, a symbol of wealth and prosperity. In some myths, Isis could even govern the seasons of the earth, thus guaranteeing its ongoing fertility, one year after another.

4. Egyptians Built Many Temples in her Honor

Ancient Egyptians built a series of temples in order to worship Isis. One was near the Nile delta, at Behbeit el-Hagar. Another was constructed on the island of Philae between 380 and 362 BCE, known as the Philae Temple of Isis. Amazingly, a temple dedicated to the Egyptian goddess Isis was even excavated by archaeologists in the ruins of Pompeii, which was remarkably well-preserved.

5. She Was a Mother Goddess

The Egyptian goddess Isis was a virgin deity, but she was able to magically conceive a son, named Horus, making her a mother goddess. Their closeness evolved into the ideal mother-son relationship, as Isis went to extreme lengths to ensure the safety of her son when he was an infant. She continued to support her son in securing the throne of ancient Egypt, and as such she became the symbol of maternal sacrifice and devotion.

6. Egyptians Depicted Her as a Beautiful Woman

Egyptians portrayed their beloved goddess Isis as an idealized beauty, wearing an ornate and elaborate headdress. In color depictions she wears a long red dress, with black hair and intricate jewelry. Sometimes she breastfeeds her young son Horus, as a symbol of her maternal powers and her devotion to her son.

In Egyptian mythology, Isis was the first virgin goddess, who conceived a child through magical means. She also had a particularly close, devotional relationship to her only child, a son who became a great ruler. Naturally this has led historians to speculate if Isis came to inspire the Virgin Mary of the Christian Bible who came many centuries later, although we will never know for sure.