Horus, the helper of Ra and symbol for the Pharaoh, is often seen in the form of a falcon. Learn more about this fascinating ancient Egyptian figure here. 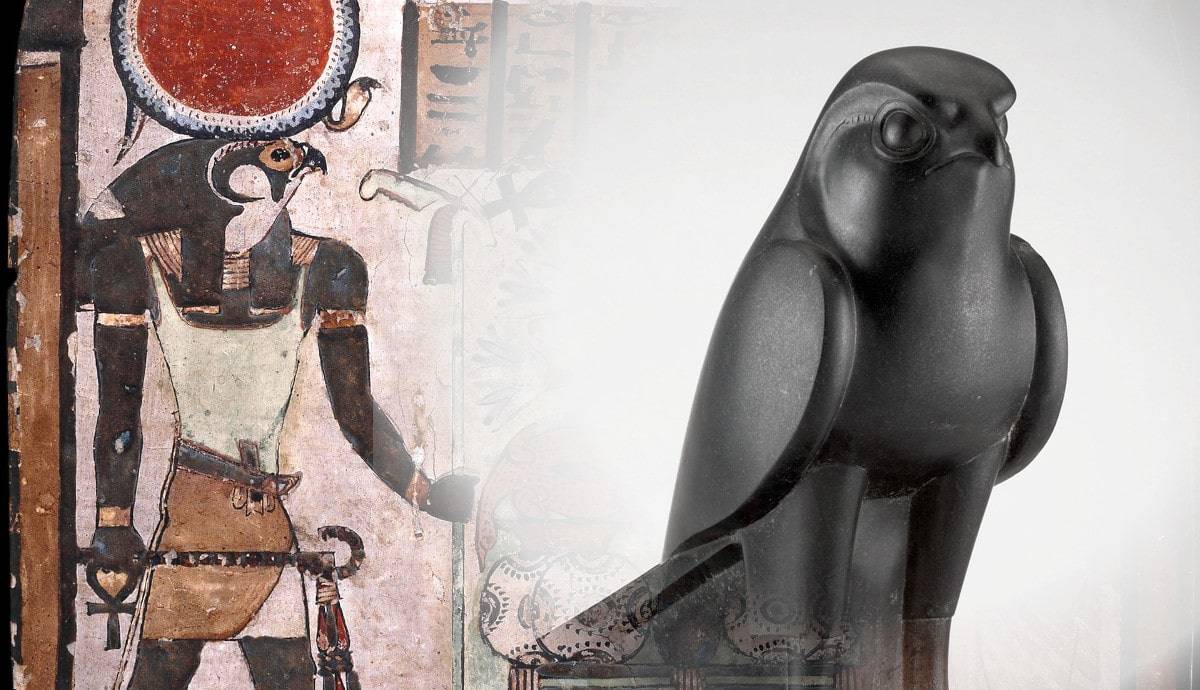 Horus, the falcon god, was the helper of Ra and symbolized the powers of the Pharaoh during most of Egyptian history. After avenging the death of his father, Osiris, he inherited the right to rule over the land of Egypt and went on to become one of the most important gods in the Egyptian pantheon. In this article, you will learn the myths and interesting facts about this curious Egyptian god.

Horus is one of the earliest known Egyptian gods. There are mentions of this god going back to the beginning of Egyptian history, and he is depicted in the oldest known cult statue in existence. The most common form in which Horus appears in iconography is the falcon. Sometimes, and especially from the Middle Kingdom (c. 1975-1640 BCE) onward, Horus is shown as a winged sun disk, representing the Horus of Behdet, a town in the Nile Delta and an important cult-center of the falcon god. This is one of the most widespread images in Egyptian religious architecture, and there are thousands of examples in museums and in monuments.

According to Egyptian mythology, Horus was the son of Isis and Osiris, the goddess of love and the god of the dead respectively. He was directly linked with Egyptian kingship since the earliest times when his image appeared in some rectangular devices known as serekhs. Serekhs were emblems of the earliest pharaohs and showed the falcon god perched on the facade of a palace enclosure. This implied a direct association between Horus and the kings, and indeed the “Horus name” was one of the many titles of the king. As well as being characterized by a Horus name, the king was typically depicted with a form of the falcon hovering above his head.

The Contendings of Horus and Seth

But how did Horus come to be the symbol of kingship? From the First Dynasty (c. 2925–2775 BCE) onward, Horus was represented as the perpetual antagonist of another powerful god, Seth. A balance between the two resulted in harmony for both Upper and Lower Egypt, but only one of them could stand for the Pharaoh. In a very famous myth known as “The contendings of Horus and Seth”, it is stated that a group of nine gods (the Ennead) was assembled after the death of Osiris in order to discuss which god would inherit his kingship. Two names came up as the most likely: Horus and Seth. The former was the direct descendant of Osiris, but he was still young and unprepared. The latter, Osiris’ brother, was much more mature, but he was also the one who killed Osiris.

It was decided that the two gods would hold a competition, and the victor would receive Osiris’ kingship. As the form of the competition was left for the competitors to decide, they each came up with a number of contests in which they thought they had an advantage over the opponent. For instance, Seth, who was commonly associated with the dangerous hippopotamus, proposed at one time that they should transform themselves into hippopotami and dive in the Nile. The one who could hold their breath longer would be the victor. Of course, Seth would have easily won, but Horus’ mother, Isis, came to the rescue by thrusting a copper spear into Seth. Eventually, Horus was proclaimed the winner and the rightful heir to the throne of Egypt. This is why most Pharaohs in Egyptian history have a “Horus name” and use the image of the falcon god in almost every piece of art that has survived.

The Different Faces of Horus

Horus is one of the only deities whose precise origin is known. He was born in the city of Nekhen (Hierakonpolis in Greek), where he was worshipped in the Old Kingdom as “Horus of Nekhen”. His cult expanded rapidly throughout the country, and thus the falcon god appeared in many places as a local god, under different epithets and names. He was, for instance, Horemakhet (“Horus on the Horizon”). As a child deity, he was adored by the name of Harpocrates, especially in the later periods. Harpocrates is always depicted sucking on his thumb and wearing the typical side lock of hair that only children wore. Sometimes he appeared, as a child, accompanied by his mother Isis under the name Horsiesis, “Son of Isis”.

There are many depictions of Horus as an old man in the Temple of Kom Ombo, near the First Cataract of the Nile. The name that accompanies the paintings and statues is Haroeris, “Horus the Elder”, a figure of wisdom and experience. Finally, the falcon god was worshipped in many Egyptian towns and cities as Harakhte, “Horus of the Horizon”, and closely associated with Ra, the sun god. Later, both figures blended into one, Ra-Horakhty, who was almost invariably depicted as a winged solar disk. Later still, a third deity was added to the composite god, making him the most powerful god of the Late Period, Ra-Horakhty-Atum.

The word from which the name Horus is derived, her, means “high”. In his original form, he was known as “lord of the sky”, preceding all other gods. Accordingly, he was supposed to contain both the Sun and the Moon. Some written accounts claimed that the star and the satellite correspond to Horus’ right and left eyes, respectively. It was observed, also, that the Moon was not as bright as the Sun, and this was explained in the Contendings of Horus and Seth: during the different contests and skirmishes between the gods, Seth lost a testicle and Horus had an eye gouged out. This is why one of his eyes shines brighter than the other.

As stated above, when Horus merged with Ra, he came to be known as Ra-Horakhty, the Morning Sun. Most depictions of this composite god show him in anthropomorphic form, with the head of a falcon and a solar disc above his head. One rare ivory comb, dating to the First Dynasty, shows a boat with a falcon over a pair of outstretched wings, implying that this was the solar bark and that the falcon god traversed the sky as the sun god.

Lord of the Two Lands

When the Ennead awarded Horus the kingship of Osiris, he became known as Harsomptus, “Horus the Uniter”, for he was supposed to keep together both parts of the country: Upper Egypt and Lower Egypt. The falcon god gladly fulfilled the role of ruling over the unified land, but in some texts found at Kom Ombo and Edfu, a different story is told. Here, Horus the Elder has a son with Hathor, called by the name Panebtawy, “Lord of the Two Lands”, and who is in charge of maintaining unity and peace in the whole country.

The conception that the reigning king was a manifestation of Horus arose some time during the First Dynasty, at Nekhen. Afterward, when Upper Egypt and Lower Egypt became united by the Nekhen kings, this notion became an accepted dogma. Proof of this is the fact that Horus was equally worshipped in the Delta (for example, in Behdet) and in Upper Egypt. At Edfu, for example, there were many ceremonies to celebrate the falcon god. During the annual Coronation of the Sacred Falcon, held at the beginning of the 5th month of the Egyptian calendar, a real-life falcon was selected to represent Horus as king of all Egypt. The rituals held during this important festival symbolized the unification of the Two Lands by Horus.

Horus as a Protector

In a common tale told in the Late Period, it is said that after killing his brother Osiris, Seth went after his widow and their son. Isis then took the infant Harpocrates and fled to the Delta, where they hid in the midst of a swampy area. One morning, Isis left the child Horus unattended while she went away to find food. When she returned, Horus had been bitten by a venomous snake and was agonizing. Desperate, Isis started to cry and summoned the gods to help her. Hathor and Thoth arrived almost immediately to the spot, and Thoth, being the god of medicine, promptly saved the child from certain death. As a result, Horus became known as the child who survived a mortal bite. Especially during the Late Period, people would have steles of Horus stepping over crocodiles and holding dangerous, venomous animals for protection. They either placed these steles in certain sanctuaries or kept them in their homes in order to receive the protection of Horus.

What Does the Eye of Horus Symbolize?

Among the earliest sources for Egyptian myth are the so-called Pyramid Texts, dating to the late Old Kingdom (c. 2686–2181 BCE). Not only do they contain some primitive forms of The Contendings of Horus and Seth, but they explain the origins of the Eye of Horus, which was a very popular amulet used for protection. The Egyptian name of the Eye was Wadjet. In the Pyramid Texts, Seth steals the Eye of Horus and tries to destroy it by eating it. However, Horus is able to retrieve his Eye and magically re-attach and heal it. The story is not always told with the exact same words, but most of the accounts agree that it was Thoth who finally put an end to the conflict between Horus and Seth. Also, he was said to have reassembled the besmirched eye. In the Book of the Dead, a collection of texts from the New Kingdom, Seth was said to have attacked Horus’ eye in the form of a giant black boar.

Finally, in the Contendings of Horus and Seth, it is Hathor who restores the Eye of Horus using magic and gazelle milk. Despite the differences in the way the story is told, the restoration of the Eye of Horus seems to be referred to as the “filling” of the eye. As Hathor filled the eye socket with the white milk of the gazelle, it resembled the Moon, and in later times this process was linked to the waxing of the moon. The story of the “filling” of the Eye of Horus explains why it was subsequently seen as the perfect symbol for healing and the replenishing of vital force. 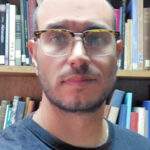