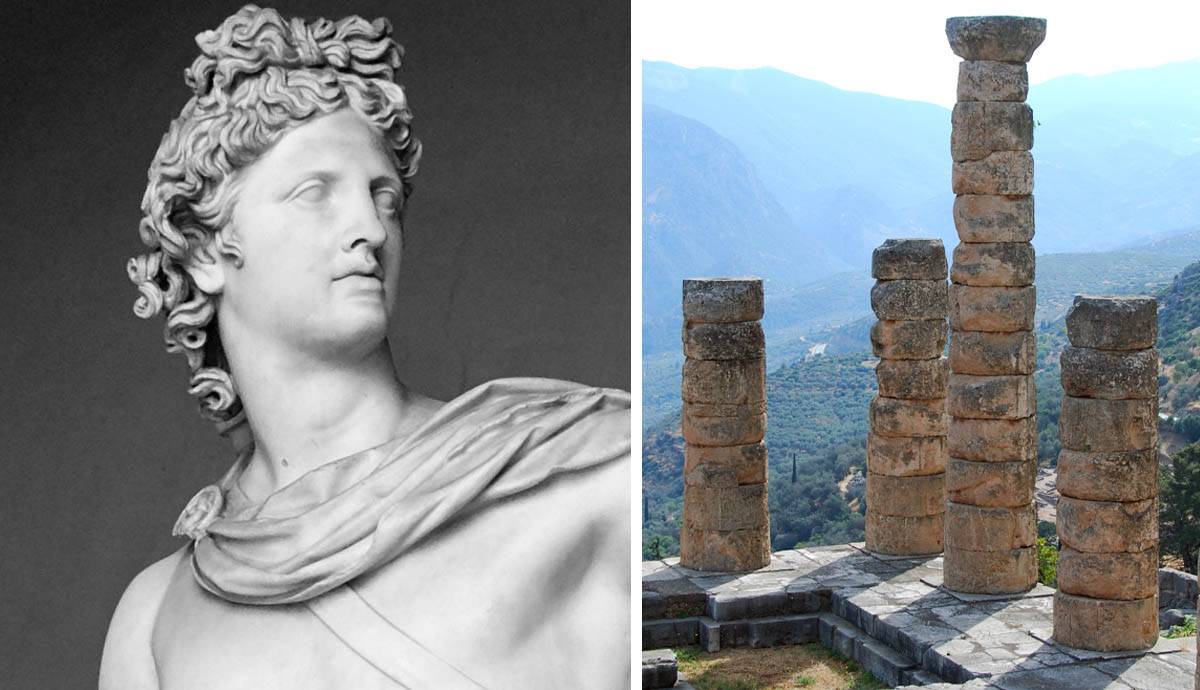 Apollo is the celebrated Olympian god of Greek mythology, a hero and bringer of life (even though he could sometimes be petty and vengeful). He embodied the Hellenic ideal of kalokagathia, a unity of physical beauty and outstanding moral value. In art, he is often portrayed as the ideal male youth, or kouros, with a tall and athletic build, and a laurel wreath on his head. Son of Zeus and Leto, Apollo became the much-revered god of the sun and light on Mount Olympus. Such was his power; he was the only major god to remain the same throughout ancient Greek and Roman literature. But he was a complex deity who assumed further roles as his life unfolded. Here are some of the best-known facts surrounding his life.

1. Apollo is the Greek God of Sun and Light

Apollo’s most celebrated role in Greek mythology is as the god of sun and light. In this role, his duties often overlapped with Helios, the deified sun. And in some myths, Greeks even describe them as the same deity. Apollo personified the qualities of the sun with his glowing golden hair, and, like Helios, he was responsible for bringing the sun to the earth each day while riding on a golden chariot. Because of this, he was often described as ‘Phoebus’, meaning bright and pure.

2. God of Music and Poetry, Healing, Agriculture Prophecy and Archery

Apollo assumed various other deified roles over time. A musically gifted youth, he was given a lyre from Hermes, and he learned to sing and play beautifully. This affinity with song naturally led him to develop a connection with poetry. Apollo’s positive, solar qualities naturally connected him with growth and healing. After slaying the deadly Python at the shrine of Delphi, he took possession of the oracle of Delphi, and was thereafter able to see into the future. In many myths, Greeks describe Apollo as a highly skilled archer. The most famous of these is the Trojan War, when Apollo guides Paris’s arrow into the heel of Achilles, thus killing the almighty Greek hero.

3. He Is Twin Brother to Artemis, the Goddess of Hunting

Apollo’s twin sister is Artemis, the goddess of hunting and the moon, in contrast with her brother’s solar powers. She is sometimes also known as Diana. Artemis was also crowned the protector of pregnant women and the young. Because Artemis was born just before Apollo, she helped her mother safely bring her younger brother into the world. Although they had separate duties, in some myths Artemis and Apollo worked together.

In the tragic myth of Niobe, a woman named Niobe insults Leto, Apollo and Artemis’s mother, by boasting how many children she has. In an act of brutal revenge, Apollo and Artemis slaughter all of Niobe’s children before her eyes. Ruined by grief, Niobe begs for an end to her pain, and Zeus transforms her into a rock, to turn her feelings to stone. But Niobe continues to cry, releasing an endless stream of water that represents a mother’s eternal mourning.

4. Apollo Is Patron God to the City of Delphi

After Apollo slayed the Python and claimed the oracle of Delphi (see above) he became the patron god to the ancient city of Delphi. One of the most prominent buildings within Delphi was the stone temple of Apollo, built by priests from Knossos in the 7th century BCE. Today, we can still visit the ruined remains of this once sacred site, while preserved fragments from the temple are held in the Archaeological Museum of Delphi.