HomeAnswersWho Are the Sons of Greek God Zeus? (6 You Should Know) 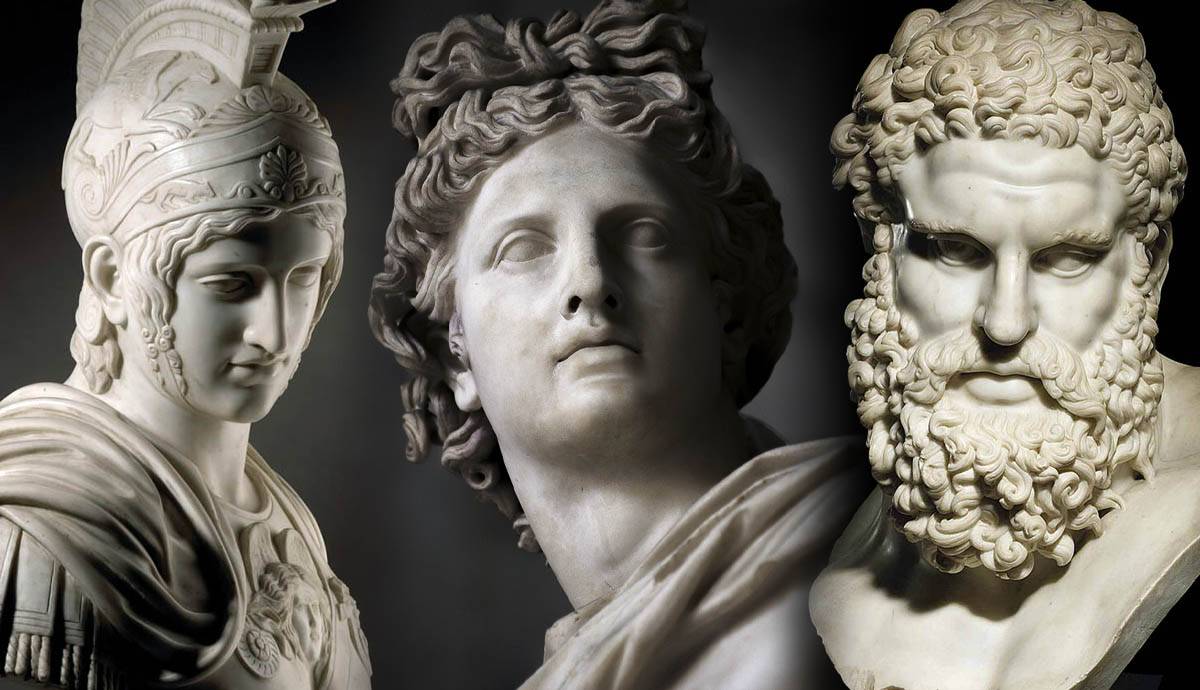 In ancient Greek mythology, Zeus is the almighty god of sky and thunder, a great powerhouse who ruled as king of Mount Olympus and leader to all gods. In his private life Zeus was quite the lothario, fathering an unbelievable number of around 100 children with many different women (but don’t hate him too much – it’s just a myth, after all). Of this 100, he fathered a mix of sons and daughters, many of whom were gods and goddesses, and some became great leaders. There are far too many to list here, but in this article, we ask, who are the best-known sons of Zeus, and what are their stories?

Of all the sons Zeus fathered, Apollo is perhaps the best known. Apollo was conceived during an illicit affair between Zeus and Leto (Zeus was married to Hera at the time), along with a twin sister named Artemis. When he grew up, Apollo became the Greek god of sun, light, music and poetry, as well as archery, agriculture, healing, prophecy, order and beauty. He is often described and portrayed in art and literature as the ideal male beauty, with a strong, muscular and athletic build. Funnily enough, he turned out quite like his father, featuring dominantly in many Greek myths, and enjoying a string of love affairs that usually ended badly.

Another of Zeus’s most famous sons is Hermes, who became messenger of the gods and carrier of the dead to Hades. Hermes’ mother was a mountain nymph named Maia, and she gave birth to Hermes alone in a mountain cave. Her son became quite the industrious young man, inventing the lyre from a tortoise shell, and developing skills in flying and public speaking that made him the perfect messenger. He was also associated with an array of other interests including fertility, luck, roads and borders. Hermes even became a patron of markets, merchants, travellers and athletes. In art Hermes is often depicted wearing winged sandals that gave him the ability to fly as fast and high as a bird through the sky.

Dionysus, son of Zeus was god of the vine, grape harvest, winemaking, theatre and fertility, to name a few. His mother was Semele, who Zeus had fallen in love with from afar, and travelled to earth for their illicit affair. Although Dionysus was born mortal like his mother, legend has it that when Dionysus ingeniously invented wine, his father Zeus granted him immortality as a way of saying thanks (making one of the best thank you gifts in history). In turn, Dionysus then made his mother immortal so she could go and live with him in Olympus.

If the earlier sons of Zeus seem pretty decent, Ares was quite the opposite. Son of Zeus and Hera (Zeus’s wife and sister), Ares was a veritable wild child, causing reckless havoc and destruction wherever he went. He grew up to become the Greek god of war, personifying all the rage and anger that made up the worst aspects of battle and conflict. No one particularly liked Ares because he showed such little regard for the people around him, and even Zeus, his own father, told Ares he would have cast him down into Tartarus if he wasn’t his own son.

Another famous son of Zeus is the great hero Hercules, who we might all know as the iconic totem of masculinity and power. He was born a demigod, as his mother was the mortal woman Alcmene. Even from infancy Hercules showed great promise, strangling two snakes sent to his cradle by Zeus’s jealous wife Hera. As an adult, Hercules’s life was filled with swashbuckling travel and adventure that included slaying and capturing terrifying beasts, releasing prisoners and challenging oppositional leaders with such fearless bravery that he was granted the gift of immortality.

This next son of Zeus, named Perseus, is best known as the demigod who slayed Medusa, and used her severed head as a weapon. Perseus’s mother was Danae, Princess of Argos. Poor Danae had spent much of her early womanhood locked in a prison by her father, King Acrisius, because he had been given a prophecy that his daughter’s son would eventually kill him. If she was locked away, there was no chance of her getting pregnant – right? Well, not exactly. Zeus managed to sneak into Danae’s prison as shower of golden rain and impregnated the princess. The child she had was Perseus. As well as slaying Medusa, Perseus also killed the sea-monster Cetus, turned the Titan Atlas into stone, and accidentally killed his grandfather, thus fulfilling his life’s prophecy.