HomeAnswersWho Is Perseus in Greek Mythology?

Who Is Perseus in Greek Mythology? 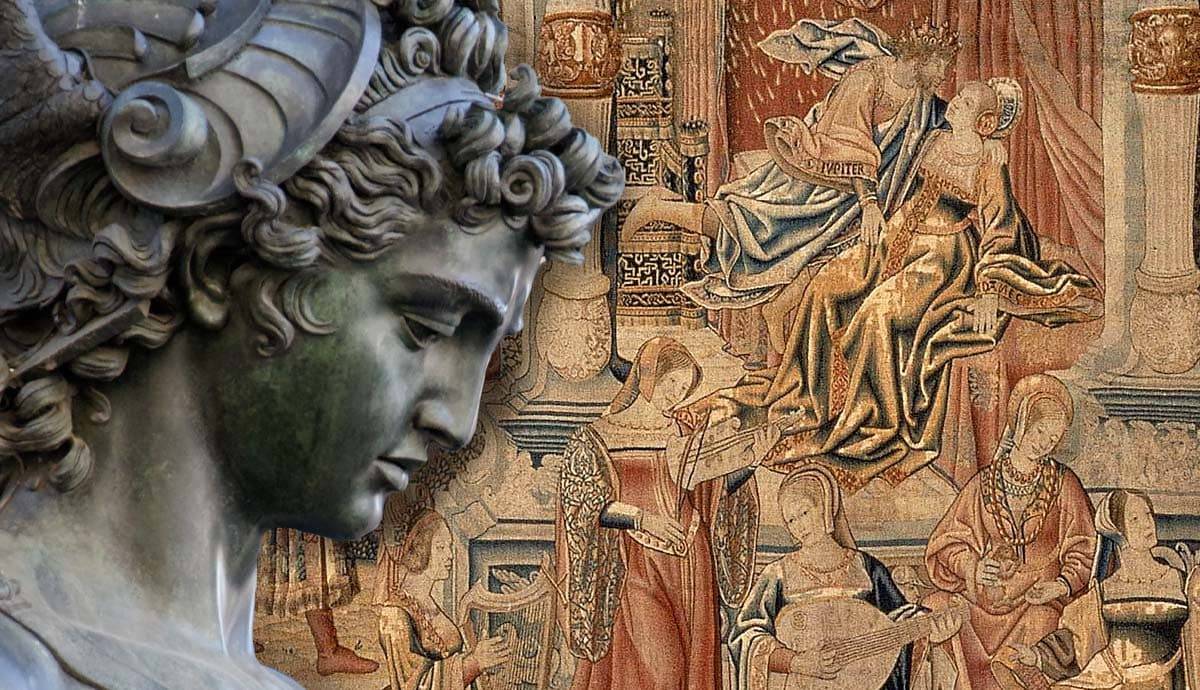 Perseus was a major hero in Greek mythology and even today, his name is surely one of ancient history’s most familiar. But who, exactly, was he? He famously slayed the terrifying Gorgon Medusa, a seemingly impossible task, completed through sneaky stealth and trickery. Unlike some Greek heroes, his strength came not from physical power, but rather from the inner qualities of cunning and bravery, making him one of the more complex characters of Greek myth. Read on to find out more about his fearless exploits and adventures.

Perseus Was the Son of Zeus and Danae

Perseus was conceived under unlikely circumstances. His father was Greek god Zeus, and his mother was Danae, a beautiful mortal princess. Danae was the daughter of Acrisius, king of Argos. Unfortunately for Danae, Acrisius was a horrible, controlling father. When an oracle told Acrisius that his only grandson would one day kill him, he became even more difficult. He locked his daughter Danae away in a bronze chamber, and refused to let her see or speak to anyone. Naively, Acrisius thought this was the only way to stop a grandchild from ever being born.

Meanwhile, Zeus had been watching Danae from afar and he fell completely in love. He transformed himself into a shower of golden rain, which allowed him to enter Danae’s locked chamber. He then impregnated her with a child, who would become the great hero Perseus. When Acrisius found out his daughter had given birth to a child, he sent them both out to sea in a wooden box, believing they would die. But Zeus kept them safe, delivering Danae and her infant to the island of Seriphos. There, a local fisherman named Dictys took them in, and raised Perseus as his own son.

Perseus Was Protective of His Mother

As he grew older, Perseus became fiercely protective of his mother. Because she remained beautiful, she had many suitors. One particularly aggressive admirer was King Polydectes, who was ferociously determined to marry Danae. Perseus took an instant dislike to Polydectes, believing him to be arrogant and overbearing. He did everything he could to stop their union from taking place. But King Polydectes was so determined to marry Danae that he hatched a plan to get his rival out of the way.

At last, we get to the part of the story which made Perseus famous. King Polydectes told the entire kingdom he was marrying a fictional woman, and that everyone should bring him gifts. Perseus was so delighted that he wasn’t marrying his mother, that he offered Polydectes any gift his heart desired. So, Polydectes asked Perseus to bring him the seemingly impossible – the severed head of the Gorgon Medusa. Perseus reluctantly agreed, although he had no idea what to do.

Athena led Perseus to the Graeae, who in turn led Perseus to the Hesperides, a group of nymphs who would offer him gifts to help in his quest. There, Perseus was given a knapsack for Medusa’s head, along with Athena’s polished shield and Hermes’s winged sandals. Meanwhile, Zeus delivered his son a powerful sword and an invisibility helmet. Using the reflective shield, Perseus was able to find Medusa without looking her in the eye, slaying her with Zeus’s sword, and using the winged sandals and invisibility helmet to escape.

On His Way Back, He Married Andromeda

Perseus flew home to Polydectes with Medusa’s head, using the winged sandals of Hermes. On his way, he still had several adventures to fulfil. The first was to turn the Titan Prometheus into stone, using Medusa’s severed head as a weapon. Next, he flew over Aethiopia, where he rescued Princess Andromeda from a brutal and terrifying sea serpent. He then married her on the spot and carried her with him back to Seriphos. Eventually Perseus and Andromeda had nine children, known collectively as the Perseids.

On his return to Seriphos, Perseus discovered that his mother had gone into hiding to escape from an increasingly violent Polydectes. He also discovered that Polydectes was planning to have him murdered should he return successfully from his quest with Medusa’s head. Furious, Perseus charged into King Polydectes’s palace and pulled Medusa’s head from the sack, which Polydectes took one look at and immediately turned to stone.

He Accidently Killed His Grandfather

During a discus throwing event in Thessaly, Perseus accidentally struck his grandfather, Acrisius, the king of Argos, on the head. The impact killed him on the spot, thus fulfilling the king’s prophecy from all those years ago. Perseus didn’t know his grandfather, so he had no idea the harm he had done until it was too late. But the shame this accidental act brought on Perseus and his family meant they had to leave their home kingdom, settling instead in the remote Mycenaean city of Tiryns. There, Perseus became king, and in contrast with his earlier adventures, he became a peaceful and benevolent leader.