HomeAnswersWho Was Zeus Married to? (His 6 Best-Known Wives) 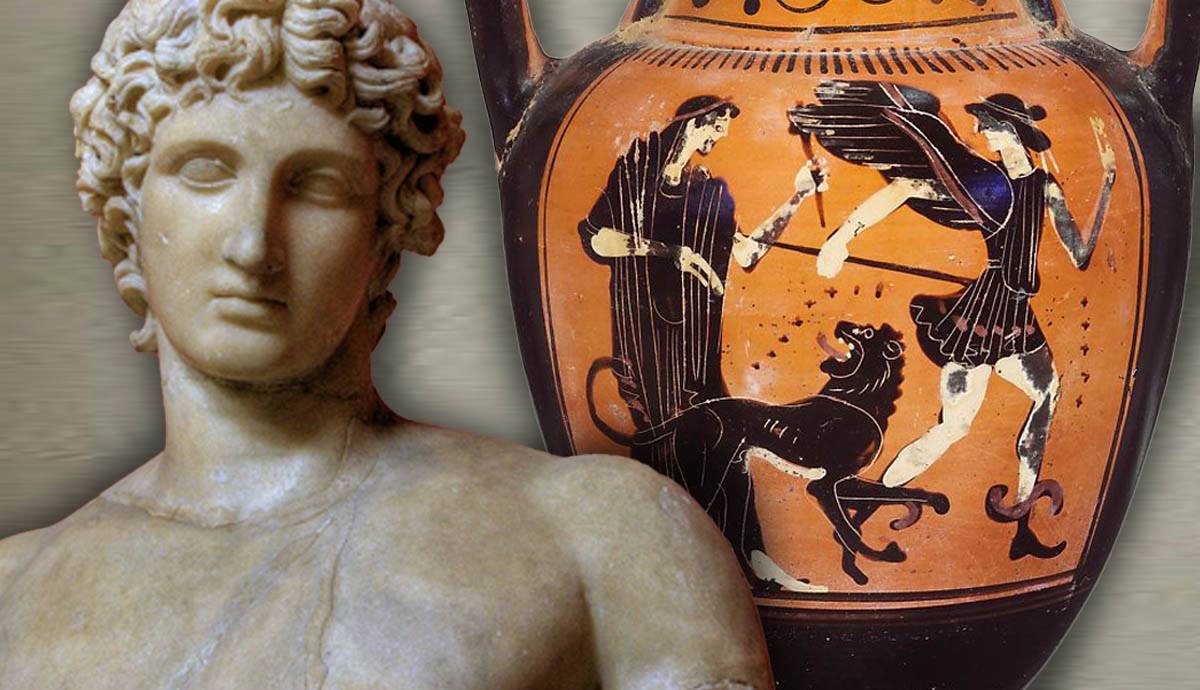 Ah, the almighty and unforgettable Zeus. He lived an incredible life filled with adventure, drama, war and passion. God of the sky and thunder, and King of Mount Olympus, he looked down on the world from on high. He did pretty much what he wanted, when he wanted. Zeus showed little interest in settling down with any one woman, moving his way through a string of love affairs and fathering an astonishing number of children (studies say up to 100). Some of these affairs led to marriage, while others did not. So, who were the unlucky women who got embroiled in a marriage with Zeus, and what were their stories? Let’s take a look in more detail at his most talked about wives.

Metis, an Oceanid or sea-nymph, was Zeus’s first wife. Wise and prudent, she was endowed with the gift of prophecy. In their early years together, she was Zeus’s closest ally and aide, helping him win the battle against Cronus. While pregnant, Metis warned Zeus that their son would eventually overthrow him. Zeus was so horrified by this prospect that he tricked Metis into turning herself into a fly, and swallowed her whole. Following this strange predicament, Zeus began suffering terrible headaches and when his employee Hephaestus hit his head with an axe, out popped their child, the almighty Athena, a fully grown adult clad in armor and ready for battle.

Themis was Zeus’s second wife, daughter of Gaia and Uranus. She was the Titan goddess of divine law and justice. In art, she is often depicted in art as ‘Lady Justice’, holding a balanced scale, symbolizing her ability to bring order and balance. She is often seen wearing a blindfold to signify her impartiality. Her authoritative role meant she was well-placed to advise Zeus on issues around law and punishment. She also helped Zeus to plan and execute the Trojan War. Together she and Zeus had an impressive six children. They were the Horae (three deities linked with the seasons) Thalo, Auxo and Carpo, and the Moirai (three ‘Fates’ who handled human lives) Clotho, Lachesis and Atropos. Zeus eventually left Themis, although their split seemed fairly amicable, and she even continued to offer guidance to her former husband.

Eurynome was Zeus’s third love interest, a beautiful ocean nymph, and goddess of water, meadows and pasturelands. Daughter of the Titans Oceanus and Tethys, she had strong connections to the ocean, and is often represented by a statue of what we would today call a mermaid. Some say she and Zeus never actually married, but she still bore him three children, the daughters who became known as ‘The Three Graces,’ or goddesses of grace – Aglaia, Euphrosyne and Thalia.

4. Demeter: Goddess of Agriculture and Grain (and Zeus’ Sister)

Unusually, Demeter was Zeus’s sister, but that didn’t stop him relentlessly pursuing her as his next wife. She tried to reject him but he pursued and overpowered her in the form of an aggressive bull. She was the goddess of agriculture and grain, overseeing all growth and harvest on earth. The child she bore with Zeus was Persephone, goddess of spring and fertility, who was eventually kidnapped by Hades and forced to become Queen of the Underworld for half of the year. For the other half of the year, Demeter and Persephone remained side by side, cultivating and harvesting the land.

Zeus’s next wife was Titaness Mnemosyne, the daughter of Uranus and Gaia, and sister to Zeus’s earlier wife Themis. She was the Titan goddess of time, remembrance and memory. Accounts vary, and some say they never actually got married, but instead had a brief affair lasting only nine nights. This was still enough time for Mnemosyne to get pregnant, and the children she had with Zeus were the Nine Muses, goddesses of the arts and science.

Zeus’s final – and some say most important – wife was Hera, goddess of women, marriage, family and childbirth. Unusually, she was Zeus’s sister, and Zeus had to trick her into falling in love with him by turning himself into a wounded bird that she would want to take care of. After earning her trust in bird form, he was later able to become a man again, and ask for her hand in marriage. They had an impressively long 300 years of marriage together, and bore four children – Ares, Enyo, Hebe and Eileithyia – although Zeus never gave up his wandering ways. He continued to have numerous affairs throughout their marriage which greatly angered Hera and resulted in some pretty ugly arguments – but that’s a story for another day.