HomeAnswersHow Many Children Did Zeus Have? (It Might Be More Than You Think) 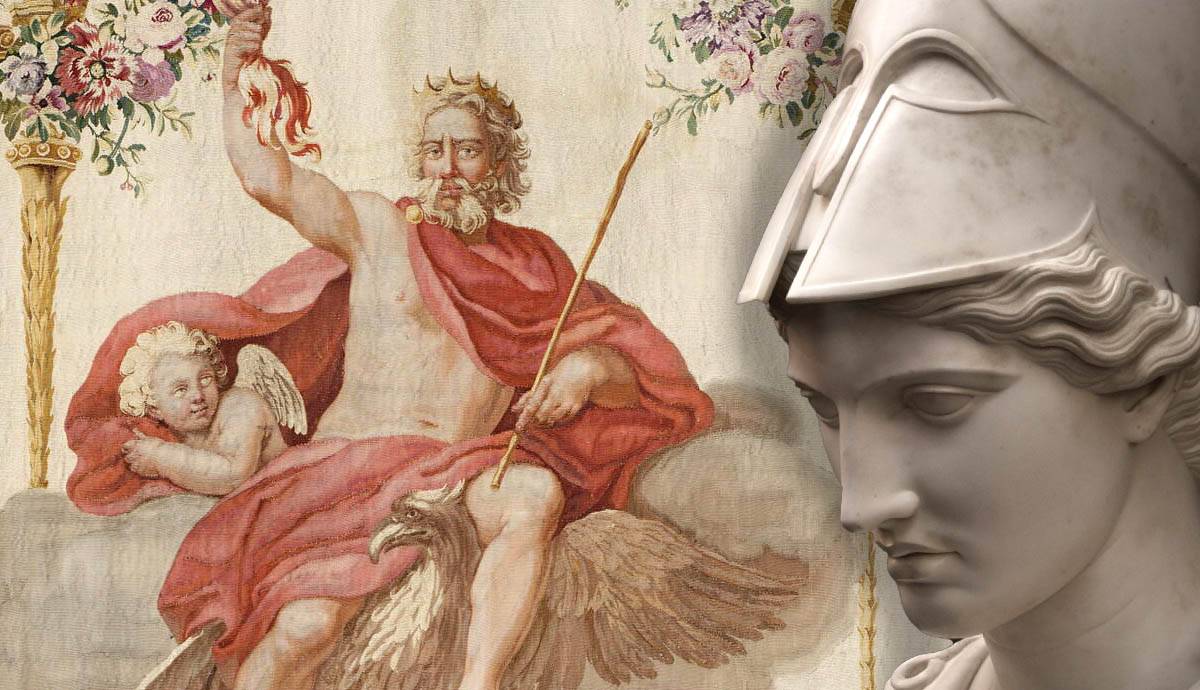 In Greek mythology, Zeus was the incredible and all-powerful God of sky and thunder. He was also king of Mount Olympus, ruling over all the other gods. This position of high authority gave Zeus free reign to behave just as he liked, whenever he liked. He had a particular passion for women, and he moved his way from one love affair to the next, fathering an incredible number of children throughout his long life, some with Greek goddesses, and some with mere mortals. But exactly how many children did Zeus actually have? Let’s have a look at the evidence.

Accounts Vary, But Some Estimate Zeus Might Have Had Around 92 Different Children

As with many Greek characters, different stories over the centuries give varying accounts on Zeus’s life. But some scholars have pored over his stories and tried to come up with evidence to reveal the precise number of children Zeus might have had. Extensive research suggests he might have fathered an impressive 92 different children, which is quite a feat, even for the king of Greek gods.

At Least 41 of His Children Might Have Been Divine

Many of Zeus’s most publicised love affairs were with divine goddesses, and this meant their children would inherit their parents’ almighty powers. Stories suggest at least 41 of Zeus’s children were gods or goddesses, sharing the family’s mystical powers across Mount Olympus for many generations. His most famous divine daughters include Aphrodite, goddess of love, Athena, goddess of war, and Persephone, the goddess of spring. Zeus’s celebrated sons are also many, and include Apollo, god of the sun, light, music and poetry, Ares, god of war, and Hermes, messenger to the gods. His other divine children include the Three Graces, the Nine Muses, the Horai and the Morai.

51 (Or More) of His Children Were Mortal

Zeus had an eye for ladies from all walks of life, and his affairs with mortals often resulted in mortal children. Some estimates have come up with around 51 children of Zeus who were not divine in nature. Even though they were mere mortals, many of them went on to make history in other ways. These include Minos – king of Crete, Macedon – king of ancient Greece, Orion – the giant who grew out of the earth, Hercules – a hero of colossal strength, and Perseus – the man who famously defeated the all-powerful Gorgon Medusa and used her head as a weapon of war. Last, but by no means least, Zeus was father to the mesmerising Helen of Troy, who eloped to Troy with her lover Paris, an illicit affair that led to the outbreak of the Trojan War.

In one of the most bizarre twists of Greek mythology, Zeus’s daughter Athena burst out of her father’s head as an adult, fully clothed in armour and ready for battle. Perhaps partly because of the strange circumstances of her birth, Athena is often cited as Zeus’s favourite child. He also greatly admired her strength of character and fighting spirit. Some believe Athena was Zeus’s first born child, which might, somewhat unfairly, suggest why he chose her as his favourite.

The Truth Is, We Don’t Really Know…

Because different stories tell us different accounts of Zeus’s life, we can never really be sure how many children he really had. Lots of different numbers have been thrown around, the smaller numbers (less than 100) citing only the children he had with his official wives. But because he was such a ladies’ man, Zeus had countless different love affairs, and some argue these women might have even had children that Zeus didn’t even know about. If this was the case, he could have had thousands of different children, thus making him the father to most of ancient Greece… the mind boggles!