HomeAnswersWho Is Ares in Greek Mythology?

Who Is Ares in Greek Mythology? 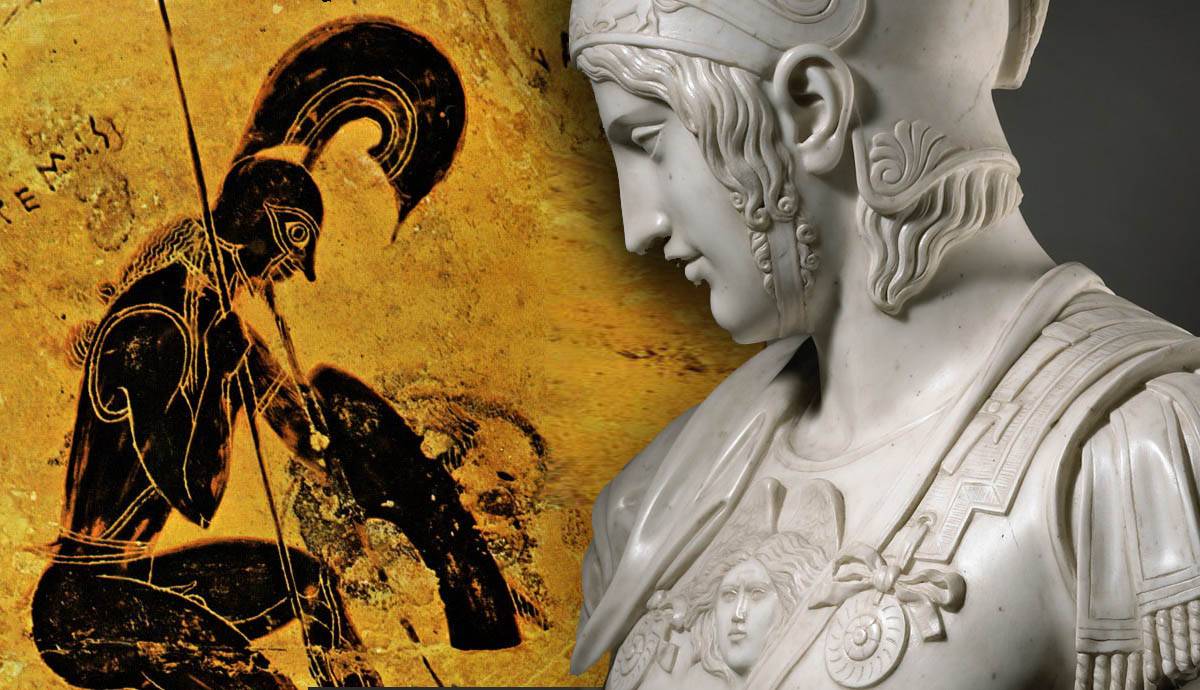 Ares was the Greek god of war, a true wild child who personified the spirit of battle and warfare. Son of Zeus and Hera, Ares was reckless, bloodthirsty and brutal, representing all the worst and most terrifying aspects of battle. Understandably, this made him pretty unpopular, and even Zeus, Ares’s father, would have banished him to the pits of Tartarus if he weren’t his own flesh and blood. Among his many derogatory nicknames there were “War Glutton”, “City Sacker”, “Shield Piercer”, and even “Curse of Men.” Read on to learn more about the enfant terrible of ancient Greece.

1. Ares Is the Greek God of War

Ares is most famously known as the God of War. He was the first child of Zeus and Hera, and had a further three siblings: Eileithyia, Hebe and Hephaestus. Athena, the goddess of war, was his half-sister. Unfortunately, because he was such a handful, neither of his parents, nor his family, particularly liked him. He even caused conflict between his own parents! Zeus accused Hera of mollycoddling Ares, and blamed her for causing his terrible behaviour. In the Iliad, Zeus says to Ares, “Hera’s urgings, I trust, have made you insufferable.”

2. His Stories All End Badly

As if to add insult to injury, in all his myths Ares suffered a series of humiliations and defeats, even at the hands of his own family. One of the worst was during the Trojan War. Typically, Ares was up to no good, and he chose to side with the Trojans instead of his Greek counterparts. This meant he was fighting against his friends, parents and sisters. He almost helped the Trojans win the war, but he was stopped by his own half-sister Athena, who struck him on the back with a sharp rock, causing grievous harm. The reason Ares’s myths all end badly is because they sent a moralizing message to ancient Greeks that mindless violence and aggression are a sign of weakness and failure. Instead, Athena’s calculating, intelligent approach to warfare was encouraged.

3. He Was Almost Rejected by Zeus

According to the Iliad, Zeus had little time for Ares and his troublesome ways. During the Trojan War, when Diomedes wounded Ares with his spear, Ares went straight to his father to complain. In response, Zeus said, “Do not sit beside me and whine, you doubled-faced liar. To me you are the most hateful of all gods who hold Olympus.” But Zeus stops there, remembering Ares is still his own son, eventually adding, “You are my child… But were you born of some other god…long since you would have been dropped beneath the gods of the bright sky.”

Given that Ares was such hard work, perhaps it is no surprise that he never married. But he still had several love affairs and fathered many children. Ares famously had a love affair with Aphrodite, the Greek goddess of love. Aphrodite was still married to Hephaestus at the time, so they were doomed from the start. When Hephaestus caught them in an intimate embrace, he trapped them in an invisible net and invited all the gods of Mount Olympia to come and gawp at them, to cause maximum humiliation and embarrassment. Ares also had love affairs with Eos, the goddess of dawn, and Enyo, the goddess of war and strife. His children include Phobos and Deimos and Romulus and Remus.

In Roman religion, Ares became Mars, the god of war. Mars was, however, quite a different man from the hot-headed and irritable Ares, taking a more measured and level-headed approach to warfare. Romans saw Mars as a vital character in their mythology, second only to Jupiter, the king of all gods (formerly Zeus). In fact, Romans saw Mars as the one of Rome’s founders, because they believed he was father to Romulus, the first king of ancient Rome.

Greek Mythology and Life After Death