Who Is the Greek God Hermes? (6 Facts) 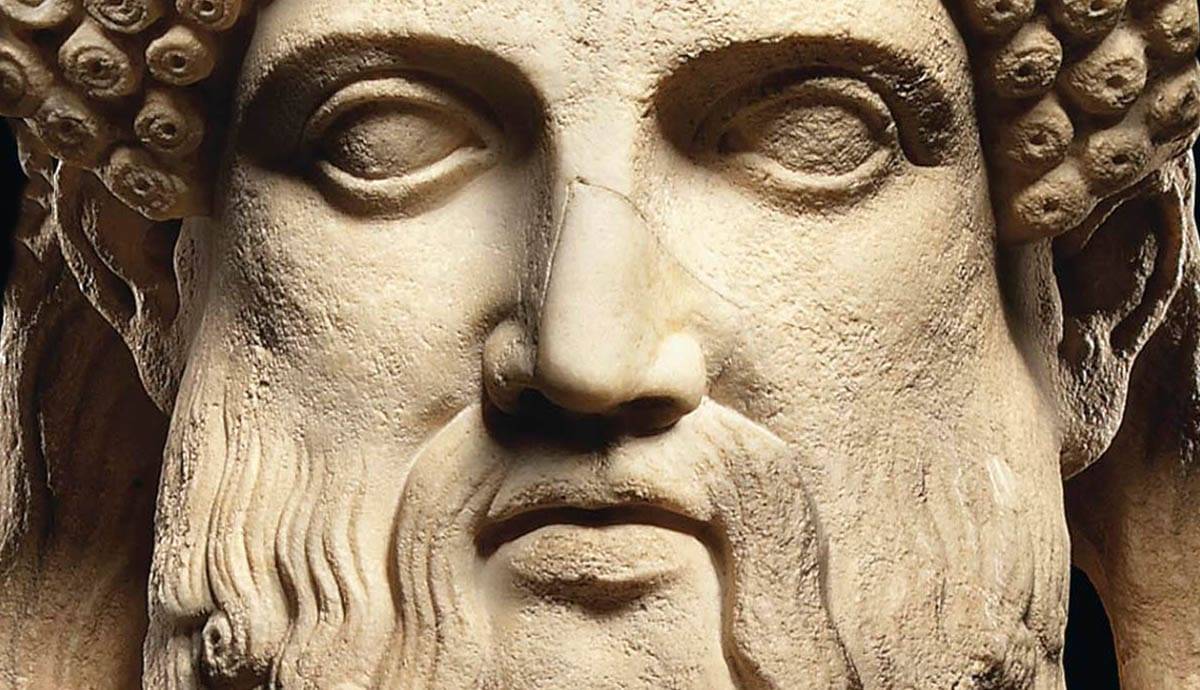 Hermes was the great messenger of the gods in Greek mythology. One of the twelve gods of Mount Olympus, Hermes famously wore winged sandals so he could fly between the heavens, the earth and the underworld. A trickster, traveler, thief, and troublemaker, he embroiled himself in all sorts of mischief and mystery as his stories unraveled. Let’s take a closer look at some of the most famous facts surrounding the life of the Greek god Hermes, one of the most exciting and varied characters in their mythology.

Son of Zeus and Maia, Greek god Hermes was mischievous from a young age. When he was still a baby wrapped in a blanket, Hermes crept out of his crib to cause some trouble. He stole his brother Apollo’s sacred herd of 50 cattle from Pieria, reversing their footprints so it appeared they were walking in the opposite direction. Hermes even wove himself a pair of beautiful adult sandals to walk in, so anyone tracing his footprints would think he was an adult. These sandals later evolved to have wings as Hermes grew older. Unfortunately, Zeus saw what Hermes was up to, and hauled him into a hearing on Mount Olympus. To make amends, Hermes gifted Apollo a lyre he had fashioned out of a tortoiseshell, which could play the most spellbinding music.

2. He Could Move Between Realms

Hermes was one of only a few Greek gods that could travel freely between the different realms. As messenger to the gods, he was responsible for delivering messages to and fro between the mortal and divine worlds, and he was able to do this thanks to his winged sandals. Hermes also spent much of his time in the underworld, helping to carry the dead into Hades. Perhaps it’s no surprise then that Demeter asked Hermes to help her bring Persephone back to earth from the underworld when she was kidnapped by Hades.

3. Hermes Was a Brilliant Inventor

The ancient Greeks credited Hermes with inventing some of the most remarkable and important tools in human civilization. These include writing and the alphabet (very useful for delivering messages), fire, dice and musical instruments. As well as the tortoise shell lyre he gave to Apollo, Greek god Hermes also created the first ever set of pan pipes, or syrinx, which became the instrument of shepherds.

One of the most terrifying tasks Hermes took on was slaying the monster Argos, who had many eyes and never slept. Hermes got mixed up with this horrible beast thanks to his father’s philandering ways… When Zeus had an affair with a mortal woman named Io, Zeus’s jealous wife Hera was furious. To hide Io from Hera’s wrath, Zeus transformed her into a cow to try and keep her safe. But Hera was not fooled – when she found Io, she tied her to a tree, and placed her under the watch of Argos. Zeus asked Hermes to kill the beast, in order to release Io from this terrible fate. Hermes came up with a crafty plan, playing the most beautiful music that lulled Argos into a deep sleep. He was then able to slay Argos and set Io free.

In Greek mythology, Hermes helped his half-brother Perseus to slay the Gorgon Medusa. He did this by directing Perseus to Medusa’s lair along with Athena. Hermes then let Perseus borrow his winged sandals, so he could fly away from there as fast as possible once he had chopped off Medusa’s head. Thanks to Hermes’s amazing sandals, Perseus was also able to fly over the ocean and rescue Andromeda (his future wife) from being devoured by a sea monster.

6. He Held a Staff with Two Snakes

Greek god Hermes often carries a staff surrounded by two snakes, known as the caduceus. In one myth, Hermes was given this staff as a gift from Apollo, to say thanks for the lyre. However, in another myth, Zeus gave Hermes the staff, which was surrounded by swirling white ribbons. When Hermes used the staff to separate two fighting snakes, the ribbons turned into snakes. The logo for the caduceus had two wings as a reference to Hermes’s flying sandals, and this same logo became an important medical symbol that many organizations still use today.

The Many Titles and Epithets of Greek God Hermes

The Many Titles and Epithets of Greek God Hermes

What are the Best Stories About the Greek God Apollo?