HomeAnswersWhat are the Best Stories About the Greek God Apollo?

What are the Best Stories About the Greek God Apollo? 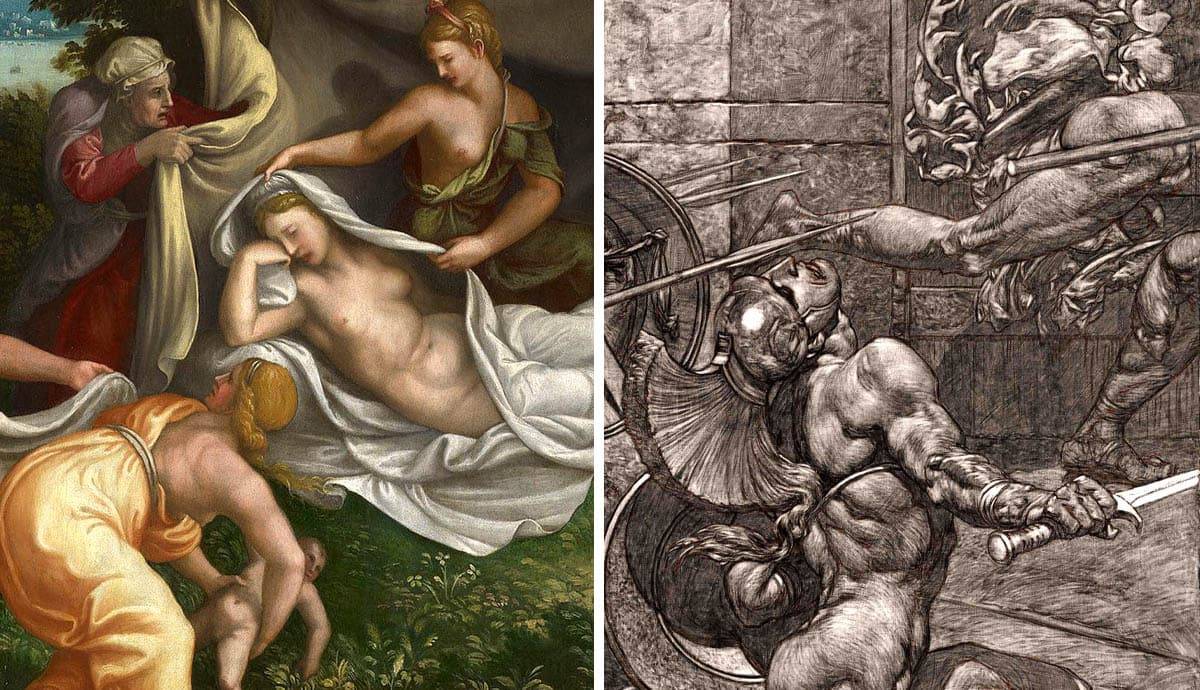 Apollo was the Greek god of the sun, light, music and poetry (among many other roles). Beautiful inside and out, he embodied the ideal standards of physical and moral perfection, or kalokagathia, to which all Greeks strived. In art, the Greek god Apollo became the idealised kouros. In fact, the Greeks loved Apollo so much that he featured in a broad range of myths and legends, assuming more roles and epithets along the way. Over time, he became more complex, sometimes behaving in reckless and immoral ways. But what are the best stories that Apollo holds to his name? Let’s take a look at some of the most talked about from throughout history.

1. The Birth of Greek God Apollo

From the day he was born, Greek god Apollo led a life of adventure. He was the son of Zeus and his mistress, the Titaness Leto. When Zeus’s jealous wife Hera found out about the pregnancy, she punished Leto, forbidding her from giving birth on land, and sending the deadly Python to chase her away. Leto found refuge on the floating island of Ortygia. Hera then forced Eileithyia, the goddess of childbirth, to prolong Leto’s labor for an agonizing 9 days. Eventually Leto gave birth to twins: Artemis, and her twin brother Apollo. Thus the great Greek god Apollo entered the world, fully grown, carrying a golden sword. The island around him burst into life, filled with lush plants, fragrant flowers and beautiful music.

2. Apollo and the Python

At just four days old, Apollo went on a hunt to avenge the Python who had tormented his pregnant mother. With his handy bow and arrow, he hit the Python and killed it instantly, while the nymphs of Delphi cheered him on. The Python’s mother Gaea, meanwhile, was deeply angered. So much so, she told Zeus to banish Apollo to Tartarus. Instead, Zeus punished Apollo by exiling him from Olympus and making him serve as a slave on earth for nine long years. At the end of his sentence Apollo patched things up with Gaea, and she gifted him the Oracular Temple of Delphi. To say thanks, Apollo set up the Pythian Games in her honor.

Greek god Apollo never married. But he did inherit his father’s lustful ways, and had several love affairs with both men and women. He even fathered a large number of children out of marriage. Not all Apollo’s advances were well received, however, as we can see in the story between Apollo and Cassandra, daughter to King Priam of Troy. Apollo was quite taken with Cassandra, and he tried to win over her affection by gifting her the gift of prophecy. When she spurned his advances, Apollo’s infatuation quickly turned sour, and he made sure that no one would ever believe her predictions were true. Sadly, this meant when Cassandra predicted the fall of Troy and the death of Agamemnon, she was dismissed by everyone around her as a liar.

One of Greek god Apollo’s best-known sons is Asclepius, the god of medicine and healing. Asclepius was conceived during an affair between Apollo and Princess Coronis. Apollo sent a white crow to keep watch over Coronis while she was carrying his child. But unfortunately, Apollo found out through the crow that Coronis was having an affair with another man. Apollo was so angry that he told his sister Artemis to kill Coronis and burn the crow on her funeral fire. Just as the flames crept over her dead body, Apollo rescued his unborn son Asclepius from the flames. Meanwhile the crow’s feathers were permanently blackened by the fire for all of eternity.

The Greek god Apollo played an important role in the Trojan War, fighting alongside the Trojans. When Achilles brutally murdered Apollo’s son Troilus on the altar of Apollo’s temple, Apollo was so enraged he set about working on a plan of revenge. It was when Paris fired an arrow at Achilles that Apollo saw his chance, using his incredible skills in archery to aim the arrow straight into Achilles’s weak tendon, thus ending his life.