Who Actually Killed Achilles? The Answer Is Complex 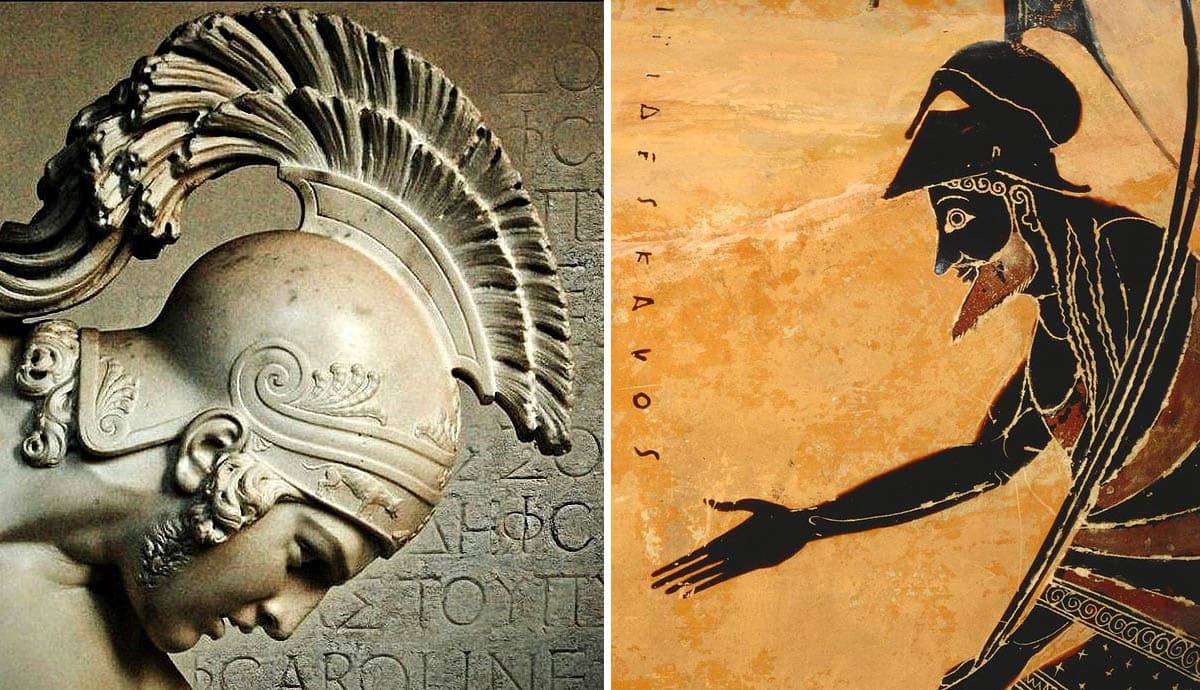 Poor Achilles, the famous heroic character from Greek myth, had an unfortunate death. We might all know he was almost – but not quite – invincible. A hero of Herculean strength and immense power, his only weak spot was his “Achilles heel”, a tiny area at the back of the ankle, and sadly his killer knew right where to strike. But who was the ruthless killer who ended his life? One man, named Paris, aimed the fatal arrow, but he wasn’t the only one involved in the hero’s downfall. Let’s look at his story to find out more.

Achilles Was Killed by the Trojan Prince Paris

So, the simple answer to the question “Who killed Achilles?” is: the Trojan Prince Paris. It was Paris who fired a poisoned arrow straight into the tendon on the back of his rival’s heel, thus ending his life. Why did Paris want to kill him? This was the apex of the Trojan War, a bloody and ruthless battle between the Greeks and the Trojans, and Achilles and Paris were on opposing sides. Achilles was one of the Greek army’s strongest leaders, and Paris was a Trojan Prince, so we can see that they were already bitter rivals. But there’s more to the story…

Paris Was the Brother of Trojan Prince Hector

Paris and Achilles weren’t just rivals on the battlefield; there was bad blood brewing between them for personal reasons. Trojan Prince Hector – Paris’ brother – killed Achilles’ closest friend Patroclus. Achilles enacted his revenge on Hector, first by brutally murdering him, and then by ruthlessly dragging Hector’s body around Patroclus’ grave three times. Hector’s brother Paris was understandably incensed, and set about hunting down Achilles to kill him. Paris did not know about his rival’s weak heel, so it might seem miraculous that the arrow he fired made its way exactly into his most vulnerable area. However…

The Greek god Apollo was the one who made sure Paris’ arrow hit right where it hurt. We might even say it was Apollo who actually killed our war hero. Apollo was, among other roles, the God of archery so he knew how to hit a target, plus he was one of only a few that knew about Achilles’ only weakness.

So why did he want him dead? It’s kind of a long story, but basically Apollo was on the Trojan’s side of the war after falling out with the Greek King Agamemnon. Achilles was a killing machine and for the Trojans to win the war, he had to be stopped (but the Greeks did still manage to win the Trojan War, with a ‘Trojan Horse’ full of hidden Greek warriors).

The Greek goddess of love, Aphrodite, played a surprising role in Achilles’ downfall. Some might even say she masterminded his death to try and help the Trojans win the war. Aphrodite conjured up a plan to make Achilles look bad, really bad. She ordered her little helper Eros to make Achilles fall in love with Troilus, another prince of Troy, knowing it would cause ripples of disaster. After a particularly sick game of kiss chase, Achilles brutally murdered Troilus, spilling his blood on the altar of Apollo, thus enraging all the gods.

Even Zeus had had enough of Achilles by this point. So, he and Apollo got together and came up with their own plan. They would let Achilles kill the Trojan Prince Hector to preserve the integrity of his name, knowing this would rile Prince Paris. This fuller picture shows that although it looked like Paris was the killer, he was merely a pawn in a much larger game, conjured up by Aphrodite, and made real by Zeus and Apollo. Little did Paris know that after killing Achilles, Helen would fall out of love with him, and go on to help the Greeks win the war, but that’s a whole other story.