HomeAnswersHow Did Asclepius Become the God of Healing? 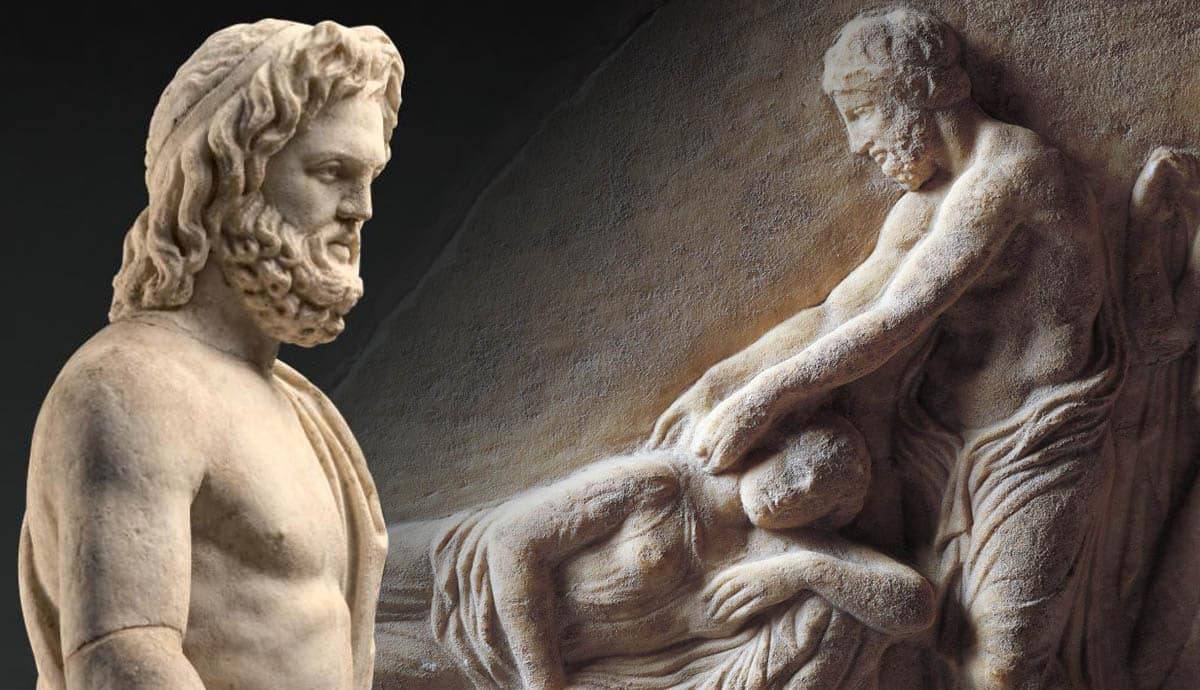 Asclepius is a lesser-known Greek god with the gift of extraordinary healing. His gift was so special, it even threatened the gods who presided over life and death. In the end, Zeus struck him down with a thunderbolt to stop him from bringing people back from the dead. But how did Asclepius come to be so powerful in the first place? His healing powers came from a range of sources throughout his life, and they vary from one myth to the next. Read on to find out more about this rare and talented Greek hero.

Asclepius was the son of Apollo, god of light, the sun, medicine and healing. Meanwhile, his mother was Princess Coronis, a mortal Greek woman. Although this meant Asclepius was a demigod, his father Apollo was one of Mount Olympia’s most revered deities, with an extraordinary range of gifts. Perhaps it’s no surprise then that Apollo passed a talent for healing on to Asclepius through the sacred bloodline.

Asclepius Learned About Medicine from Chiron

A wise and generous centaur named Chiron raised Asclepius. Under Chiron’s watchful eye, the young man learned a range of useful skills in medicine, such as herbology, surgery and the administering of medicine. Chiron’s teachings had a profound and long-lasting impact on his young protégé. Coupled with a natural gift for healing, they were the ideal launchpad for creating ancient Greece’s most powerful man of healing. Word spread far and wide, earning Asclepius followers from all across Greece. At the height of his fame, this great healer even learned how to bring the dead back to life, with the help of a vial of blood from the monstrous Gorgon named Medusa.

He Also Learned About Medicine from a Snake

In one Greek myth, Asclepius healed a snake, bringing it back from the brink of death. The snake was so grateful that he taught our Greek hero everything he secretly knew about healing and medicine. In another myth, Asclepius was so powerful he could even heal victims from a deadly, venomous snakebite. Because of these two associations with snakes, this Greek healer is often represented in art holding a staff with a snake wrapped around it, which became known as the Rod of Asclepius.

He Passed His Powers on to His Own Children

His Healing Powers Angered the Gods

Unfortunately, not everyone was pleased about Asclepius’s healing powers. His ability to intervene with the natural processes of life and death left many of Mount Olympia’s gods seething with rage. How dare he mess with the powers from above? After all, he was only a demigod! Hades, god of the underworld, was put out when Asclepius began bringing the dead back to life, while Zeus was riled that he could toy with the fate of the gods. In the end, Zeus chose to get rid of Asclepius by striking him down with a thunderbolt. But in recognition for the kindness he had offered to ordinary, mortal Greeks through his powers of healing, Zeus immortalized Asclepius as a constellation pattern in the sky named Ophiuchus.

Where Did The Centaurs Come From? A Journey Through Ancient Art