HomeAnswersWho Were the Gorgons in Ancient Greek Mythology? (6 Facts) 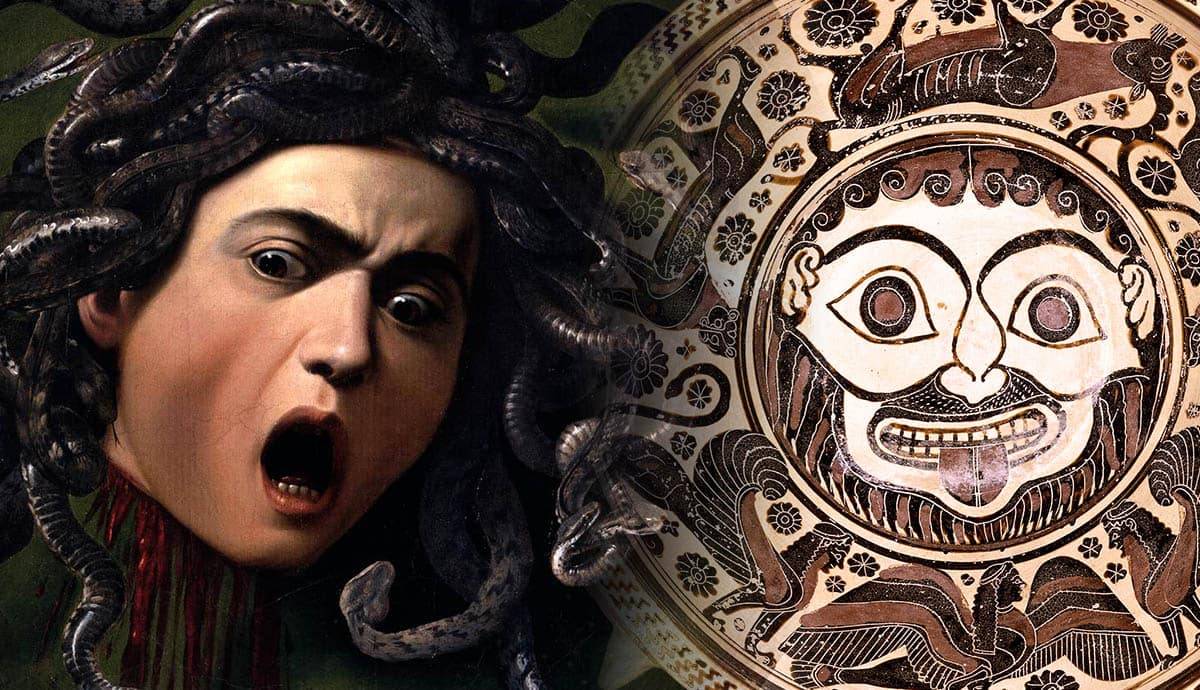 Of all the incredible creatures to emerge out of Greek mythology, the Gorgons must surely be the most terrifying. Female forms with snakes for hair, they had the ability to turn any living creature to stone with just a single look. Their name was derived from the Greek word “gorgos” meaning “fierce, terrible and grim.” Medusa is, of course, the most famous Gorgon of all time, who was slayed by the almighty Perseus. But there are many more stories surrounding these fascinating and all-powerful monsters. Let’s take a look at some of the top facts connected to these almighty female creatures.

1. The Gorgons Were Three Sisters, Who Were All Monsters

In the most famous Greek myths, the Gorgons were three sisters with coiling snakes for hair, who could turn unwitting onlookers to stone in an instant. Their names were Stheno, meaning the mighty or strong, Euryale, meaning the Far Springer, and Medusa, the Queen, or Guardian. In Greek myth they are described as terrible monsters with hair made from writhing, venomous snakes, along with golden wings, boar-like fangs, scaly skin and long tongues. The Gorgon sisters were one of several triumvirates (groups of three) in Greek mythology, who shared similar mystical powers among their group.

2. The Gorgons Were Daughters of Phorcys and Ceto

According to legend, the Gorgons were the children of Phorcys, a primordial sea god, and Ceto, a sea goddess (they happened to be brother and sister). They had a large and colorful family of children, each stranger and more peculiar than the last, including the Graeae, a trio of elderly sisters who shared one eye and one tooth between them that they took turns to use, Echidna, who was half-woman, half-snake, Ladon, a fearsome dragon who was tasked with guarding the golden apples of the Hesperides and Scylla, a woman with dog-headed loins. Such was Ceto’s reputation for giving birth to terrors, she became known as the “mother of sea-monsters.”

3. Medusa is the Most Famous of the Three

Without a doubt Medusa is the most famous of the terrifying Gorgon sisters. Her name became known through the misadventures of the great hero Perseus, a man who achieved the seemingly impossible, removing the head of Medusa and turning it into a weapon on a stick to wave at his enemies. He managed to cut off Medusa’s head by using the reflections in his shiny shield to find her without having to look directly at her.

4. Writers Have Described the Gorgons in Different Ways

As with many characters in Greek mythology, different writers have described the Gorgons in varying ways. In very early examples of mythology, including those written by Homer, there is only one Gorgon. Ancient Greek writer Hesiod wrote some of the most popular and widespread versions of Greek myth, and it is in his version of events that we find the three Gorgons Stheno, Euryale and Medusa. Later, the early Roman writer Ovid expanded on Hesiod’s version of the Gorgon’s myth. In his story, Medusa was born as the beautiful sister to two Gorgons, but she was later transformed by the goddess Athena into a hideous monster like her sisters after being brutally raped by Poseidon in Athena’s temple. In Ovid’s version of events, it was only Medusa who possessed the strange power to turn onlookers into stone.

5. Stheno and Euryale Were Immortal (Unlike Medusa)

Curiously, in many Greek myths Medusa is described as being mortal, while her two sisters Stheno and Euryale are immortal and entirely indestructible. Stheno, in particular was said to be the deadliest of the three, killing more men alone than the other two sisters combined. It is Medusa’s mortality that allows her to be destroyed by Perseus on his near-impossible quest set by King Polydectes.

6. The Gorgons Lived in a Hidden, Mysterious Location

Where the Gorgons lived was a closely guarded secret kept by the Gorgon’s three weird sisters the Graeae. Ancient writers described various different locations for this mystical, dangerous location that would only be stumbled upon by unwitting travelers. Some have said Tithrasos in Libya, while others wrote of their home in an island group known as the Gorgades in the Aethiopian Sea. Once Perseus had found their location, however, and destroyed Medusa, some accounts of their tale suggest they moved to the Underworld to cause even more pain and misery to unsuspecting victims.

Who is the ancient Gorgon Medusa?

The Corfu Temple of Artemis and Medusa’s Head: What’s In Common?