HomeAnswersWho Is the Greek Goddess Hera?

Who Is the Greek Goddess Hera? 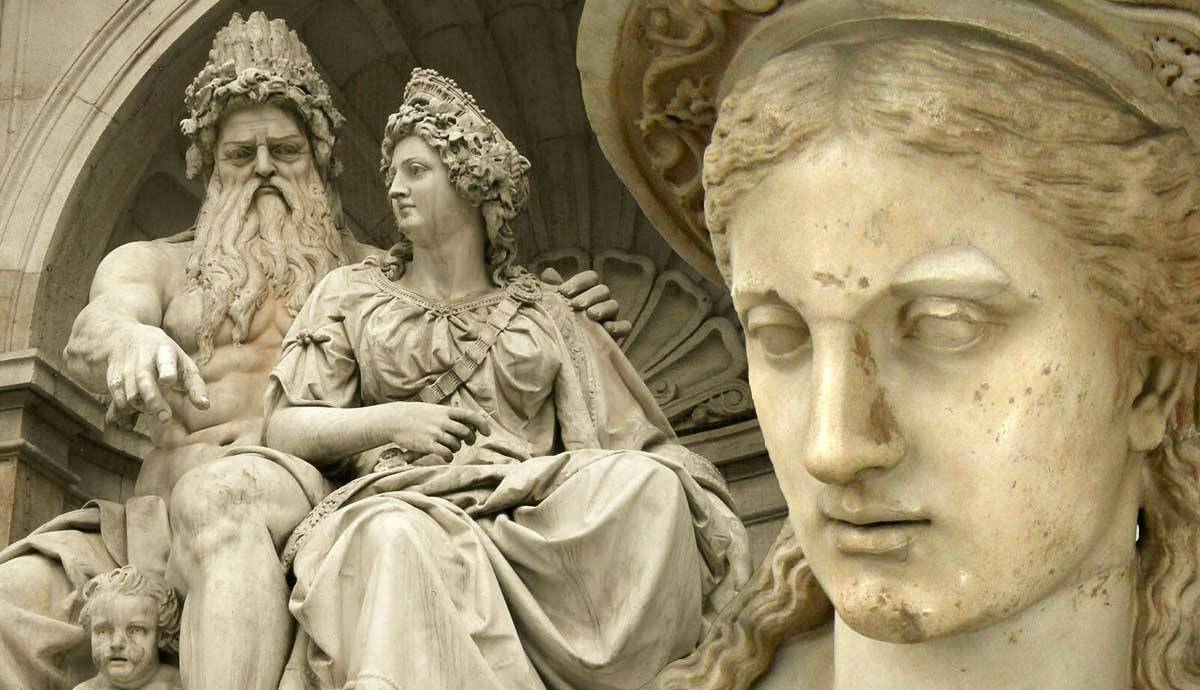 One of the twelve Olympians who resided in Mount Olympus, the ancient Greek goddess Hera had an important role to play in Greek mythology. Her brother Zeus tricked her into marrying him, and she subsequently became queen of the gods. She was also the goddess of marriage, women and childbirth. When her husband Zeus, king of the gods, began having multiple extra-marital affairs, Hera became increasingly erratic and unpredictable, unleashing all manner of punishments on his lovers and their offspring. Let’s look in more detail at some of the best facts and stories surrounding this all-powerful goddess, who inspired love, fear and wonder in the ancient Greeks.

1. Hera Was an Olympian

Hera was the youngest daughter of Cronus and Rhea. Her father Cronus swallowed her whole, along with all of her siblings (except Zeus), to absorb their power, and to try and stop them from overthrowing him. Luckily, they were all immortal, so they stayed inside him, waiting for their chance to be released. Meanwhile, Hera’s mother Rhea tricked Cronus into swallowing a stone instead of Hera’s younger brother Zeus. This meant that when the time came, Zeus was able to trick Cronus into throwing all his children up, and releasing them into the world. Understandably, Hera and her siblings were pretty enraged, so under Zeus’s leadership, they dispatched of Cronus and took charge of controlling the world.

2. She Was Goddess of Marriage, Women and Childbirth

As goddess of marriage, women and childbirth, Hera was responsible for the welfare of women and children. The women of ancient Greece would pray to her for protection during childbirth. They also asked her for good health, and guidance in marriage and affairs of the heart. Unfortunately for Hera, her own marriage proved more difficult to manage.

3. Hera Had a Distinctive Style

In artistic depictions Hera is usually a noble and beautiful woman, who wears long, flowing robes, and a distinctive cylindrical crown called a polos, or a wreath and a veil. Hera had a number of sacred animals, most prominently the peacock, along with the cuckoo and the cow. Sometimes Hera carries a scepter topped by a pomegranate – a symbol of fertility – along with a cuckoo. Other times she rides a chariot driven by peacocks. In some stories, she bathed in a spring in order to restore her purity and virginity, thus retaining her youthful good looks.

4. Zeus Tricked Her into Marrying Him

Zeus had several different lovers and wives in his youth, but none of them were to last. When Zeus first began pursuing his younger sister Hera, she showed little interest, knowing just how unreliable and promiscuous he was. So, Zeus devised a plan to win her heart. Knowing how much Hera adored her sacred birds, Zeus disguised himself as an injured cuckoo. When Hera took the bird to her chest, Zeus revealed his true identity, and took advantage of her. To cover up her shame, she reluctantly agreed to marry Zeus. Together they had four children, Hebe, cupbearer to the gods, Ares, god of war, Ilithiya, goddess of childbearing, and Hephaestus, blacksmith to the gods.

5. Hera Was Prone to Fits of Jealous Rage

Rather predictably, Zeus was unfaithful to Hera throughout their marriage, indulging in affairs with both mortal and immortal women, and fathering a colossal number of around 100 different children. Every time Hera discovered another one of Zeus’s affairs, she would fly into a blind rage and enact revenge on the unsuspecting women. This included turning Callisto into a bear, making Semele vanish into thin air, and prolonging Leto’s labor to an agonizing nine months. Sometimes she would unleash her wrath on the offspring that Zeus had fathered with other women. One famous example is when she sent two deadly serpents to Heracles’ crib, to punish him for being the result of Zeus’s affair with Alcmene.