HomeAnswersWhat Are the Top 6 Highlights of the National Gallery in London?

What Are the Top 6 Highlights of the National Gallery in London? 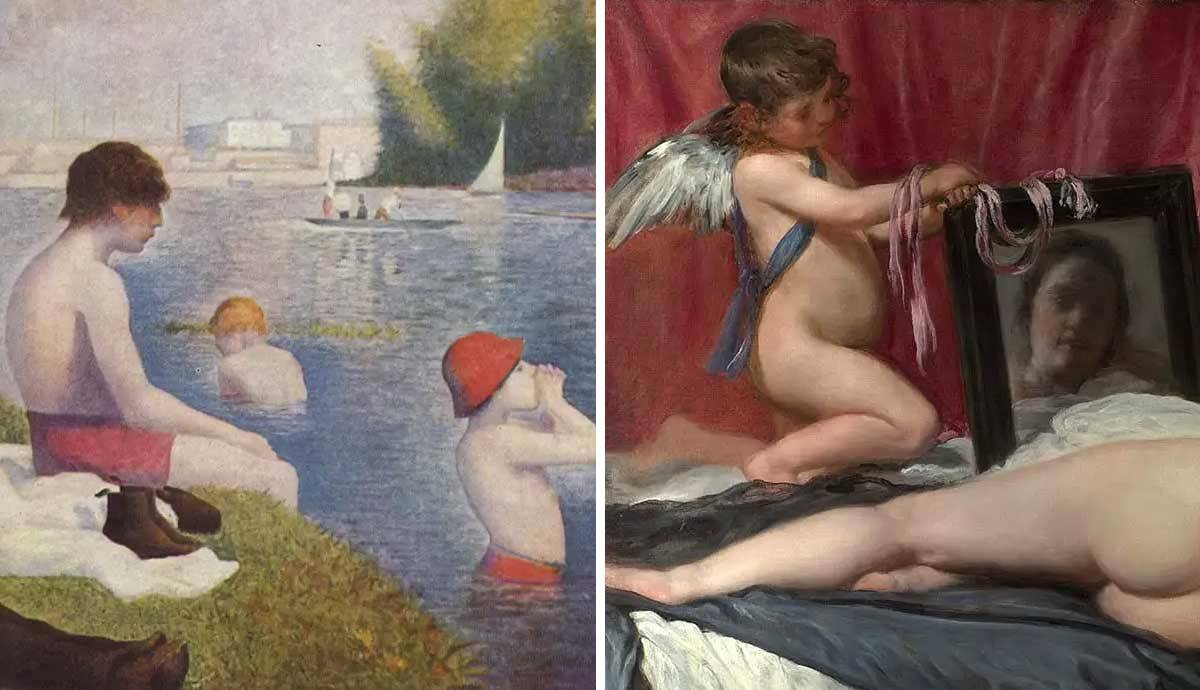 The National Gallery in London is a vast treasure trove of art historical masterpieces, dating from the late medieval and Early Renaissance up to the 20th century. The gallery holds over 2,300 of the most revered works of art in history. These range from small scale prints and drawings to large sculptures and mural sized paintings. Given the incredible scope and scale of their collection, it can be hard to know where to begin when planning a visit. But never fear – we’ve created a handy breakdown with a top 10 of the must-see masterpieces from the National Gallery in London, and the reasons why these artworks are so important today. Read on to find out more.

Of all the artworks in the National Gallery in London, Jan van Eyck’s dazzling Arnolfini Portrait must surely be one of the most celebrated and historically significant. This is because it is a true masterpiece of the Northern Renaissance, demonstrating the glistening colors, microscopic detail, and playful optical effects typical of the period. Van Eyck painted this startlingly lifelike portrait of the wealthy and indulgently dressed Giovanni di Nicolao di Arnolfini and his wife as a showpiece for their home.

Spanish Baroque painter Diego Velasquez was a prodigious talent who became a world leading painter within his lifetime. The Rokeby Venus is one of several Velasquez artworks in the gallery collection. But this one from the National Gallery in London is particularly significant because it is the only surviving female nude painting by the artist. The artwork illustrates Venus, the goddess of love, reclining on her bed. Meanwhile her son Cupid holds a mirror up to her, so we can just make out a hazy vision of her face.

Made during the most productive year in the life of Vincent van Gogh, the Sunflowers, 1888, is a rare gem from the National Gallery in London. This artwork is one of five paintings Van Gogh made of sunflowers to decorate his home in Arles. In this artwork he paints the life cycle of the flower in stages, from bud to maturity and decay, echoing the vanitas painting tradition. But he paints them with his signature brand of modern, expressionist brushstrokes and intense color, producing one of art history’s most unforgettable motifs.

Renaissance master Leonardo da Vinci made The Virgin of the Rocks as a triptych altarpiece for the church of San Francesco Grande in Milan. The central image illustrates the Virgin Mary with Saint John the Baptist and an angel, who kneel to adore the young Christ Child. In response, Christ raises his hand to offer them a blessing. Around them is an abundant landscape rich with rocks and plants. This was a symbol of the flourishing life and love that Christians believed Christ brought to the world.

Joseph Mallord William Turner’s sublime Rain, Steam and Speed, 1844 is a true emblem of the Romanticist era. It encapsulates the wild and furious, tumultuous emotion that came spilling out of artists and writers of the era. The painting captures a steam train charging along the Maidenhead Railway Bridge during a rainstorm. Turner saw both the railway and the bridge as potent symbols of encroaching modernity. But as is the case in much of Turner’s art, the true subject here is the sheer and untamable force of nature, as a storm rages through the scene and obscures its details into an abstract haze. This battle between industry and nature makes Turner’s artwork a true highlight from the National Gallery in London.

The Post-Impressionist, Pointillist artist Georges Seurat painted this vast canvas at the tender age of 24. Like the French Impressionists, he chose to paint a subject from ordinary life. In this case, we see young men and boys sunbathing and swimming on the banks of the Seine, north-west of central Paris. Although Bathers at Asnieres was rejected by the Parisian Salon in the 1880s, Seurat’s painting later became recognized as a pivotal turning point in the development of modern art. It was during this time that radical Post-Impressionist and Pointillist techniques were overtaking the dominant school of French Impressionism.