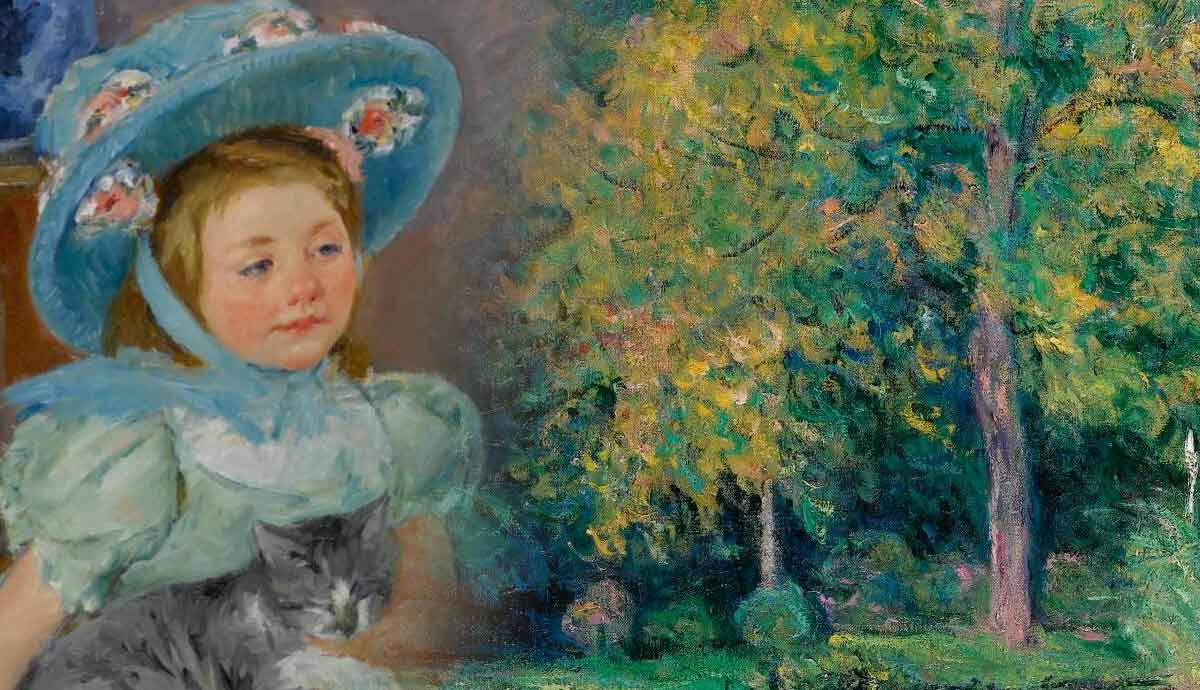 Impressionism was a revolutionary art movement of late 19th century France, which forever altered the course of art history. It is hard to imagine where we would be today without the ground-breaking, avant-garde art of Claude Monet, Pierre-Auguste Renoir, Mary Cassatt, and Edgar Degas. Today, Impressionist artists are more popular than ever, with paintings, drawings, prints and sculptures in museum and gallery collections around the world. But what exactly is Impressionism? And what made the art so important? We delve into the meanings behind the movement, and examine some of the most important ideas that came to define the era.

Art historians often cite Impressionism as the first truly modern art movement. Leaders of the style deliberately rejected the traditions of the past, paving the way for the modernist art that followed. In particular, the Impressionists wanted to move away from the highly realistic historical, classical, and mythological painting that was favored by the Parisian Salon, which involved copying the art and ideas of their predecessors. Indeed, many of the Impressionists had their art rejected from display by the Salon because it did not fit with the establishment’s restricted viewpoint. Instead, like the French Realists and Barbizon School before them, the Impressionists looked out into the real, modern world for inspiration. They also adopted new methods for applying paint, working with lighter colors, and feathered, expressive brushstrokes to capture the fleeting sensations of the world around them.

Impressionism can be related to French writer Charles Baudelaire’s concept of the flaneur – a lonely wanderer who observed the city of Paris from a distanced point of view. Edgar Degas, in particular, was a keen observer of life in the increasingly urbanized Parisian society, as Parisians sat out in cafes, bars and restaurants, or visited the theatre and ballet. Degas often observed the internal states of mind in his subjects, as seen in his stirring Absinthe drinker, or his backstage ballerinas. While women painters were restricted from wandering the streets alone, many painted intimately observed scenes from their domestic lives which offer fascinating insight into the way Parisians once lived, as seen in the art of Mary Cassatt and Berthe Morisot.

3. Impressionists Painted in a New Way

Impressionists adopted a new, expressive way of applying paint, in a series of short, dappled brushstrokes. This has now become a trademark feature of the style. Artists who worked outdoors, painting en plein air, or directly from life, such as Claude Monet, Alfred Sisley and Camille Pissarro, particularly favored this painting approach because it allowed them to work swiftly, before the patterns of light and weather shifted and changed the scene before them. Impressionists also deliberately rejected black and dark tones, preferring a lighter, fresher palette that was in stark contrast with the art that came before them. This is why you often see shadows painted in shades of lilac, blue or purple, instead of grey in Impressionist paintings.

The Impressionists undoubtedly took ideas around landscape painting from their predecessors. For example, J.M.W. Turner and John Constable’s expressive, Romanticist landscapes undoubtedly influenced the way Impressionists worked. But Impressionists also radicalized novel new approaches. Claude Monet, for example, worked in series’, painting the same subject over and over again in slightly different lighting and weather effects to demonstrate just how fleeting and fragile our perceptions of the real world are. Meanwhile, Sisley painted the entire surface of his landscape scenes with small, flickering marks, letting the trees, water, and sky almost merge into one another.

5. Impressionism Paved the Way for Modernism and Abstraction

Art historians often refer to Impressionism as the first truly modern art movement as it paved the way for the avant-garde modernism and abstraction that followed. Impressionists showed that art could be freed from the constraints of realism, to become something far more liberating and expressive, leading the way for Post-Impressionism, Expressionism, and even Abstract Expressionism.

8 Paintings That Made Mary Cassatt Famous