HomeAnswersWhat is Charles Baudelaire Most Famous For?

What is Charles Baudelaire Most Famous For? 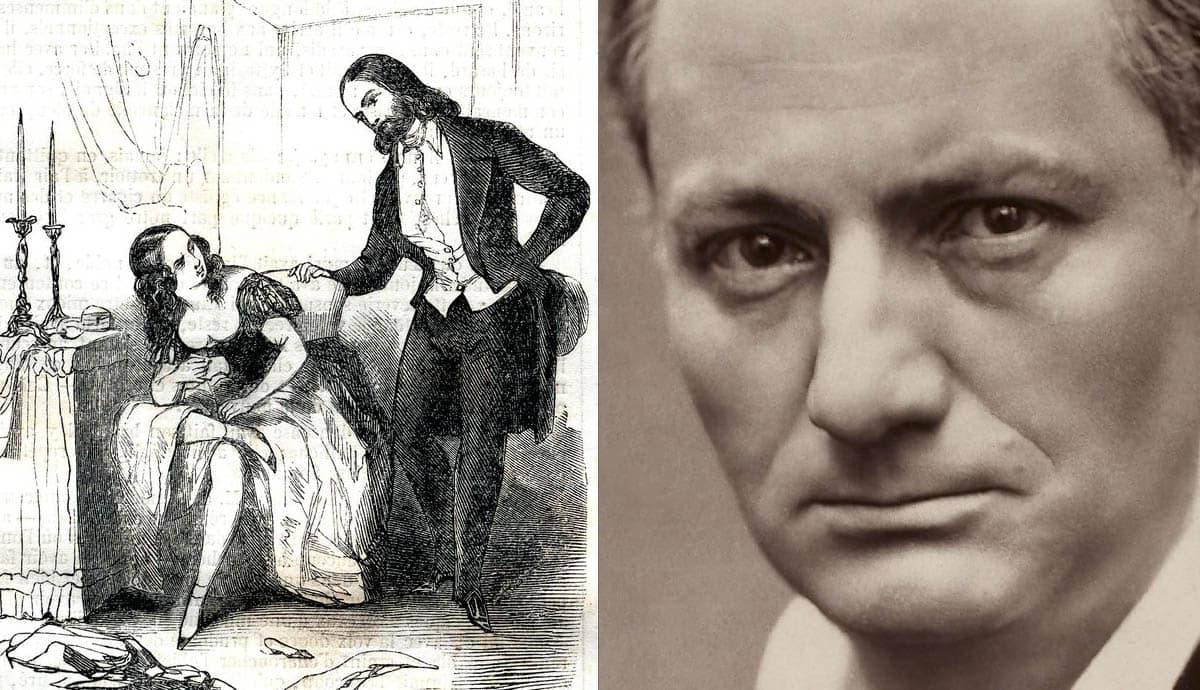 Charles Baudelaire is one the most influential writers of the modernist era. Rising to prominence in 19th century Paris, he is most commonly associated with coining the concept of the ‘flaneur’ – the lonely wanderer who roamed the streets of modernist Paris in search of artistic inspiration. This concept had a profound influence on modernist art, helping pave the way for French Realism and Impressionism. Baudelaire’s poetry, criticism, essays and literature merged his mutual interests in Romanticism and Realism, which he weaved into a series of taboo subjects including sex, homosexuality, death and addiction. Let’s take a closer look at his most famous literary triumphs.

Baudelaire’s singular most important literary triumph is the collection of poems titled Les Fleurs du Mal (The Flowers of Evil), published in 1857. This volume of poems explored a huge range of subjects, offering unflinching observations of 19th century life, and finding strange beauty in the grimmest of situations. Many of the poems had highly erotic content, with references to homosexuality and prostitution. Following the release of the publication, six of the sauciest poems were banned by the French court, and Baudelaire was charged with indecency. One critic of the time who read the unabridged version wrote, “Never has one seen so many breasts bitten or even chewed in so few pages.”

In the subversive memoir Les Paradis Artificiels (Artificial Paradises), 1860, Baudelaire draws upon his experiences with drugs and addiction. He writes with startling clarity on his experiences with wine, hashish and opium, describing the dream-like trances and hallucinations they brought about. Diaristic in nature, the book highlights the debauched, troubled and violent nature of Baudelaire’s life. Highlighting the ‘artificial’ nature of the supposed ‘paradise’ brought about by drugs, Baudelaire’s text is a warning on the dangers of falling down the rabbit hole of addiction. This message was made even more tragic when Baudelaire himself died of a drug overdose in 1867, just seven years after the release of this publication.

Another iconic work of literature from Baudelaire is his controversial collection of essays The Painter of Modern Life, first published as a series of instalments in the French magazine Le Figaro in 1863. It was in this collection of essays that Baudelaire introduced his famous concept of the flaneur, a “passionate spectator” for whom “the crowd is his element”. He urged artists of the day to become passive observers, taking inspiration not from nature or mythology, but instead from the gritty urban world around them. This idea had a particularly profound influence on the French Impressionists, including Edgar Degas and Pierre Auguste Renoir, who depicted the true reality of modernist Paris as seen from a silent, distantly observed perspective.