HomeAnswersWho Is the Father of Realism? Let’s Find Out! 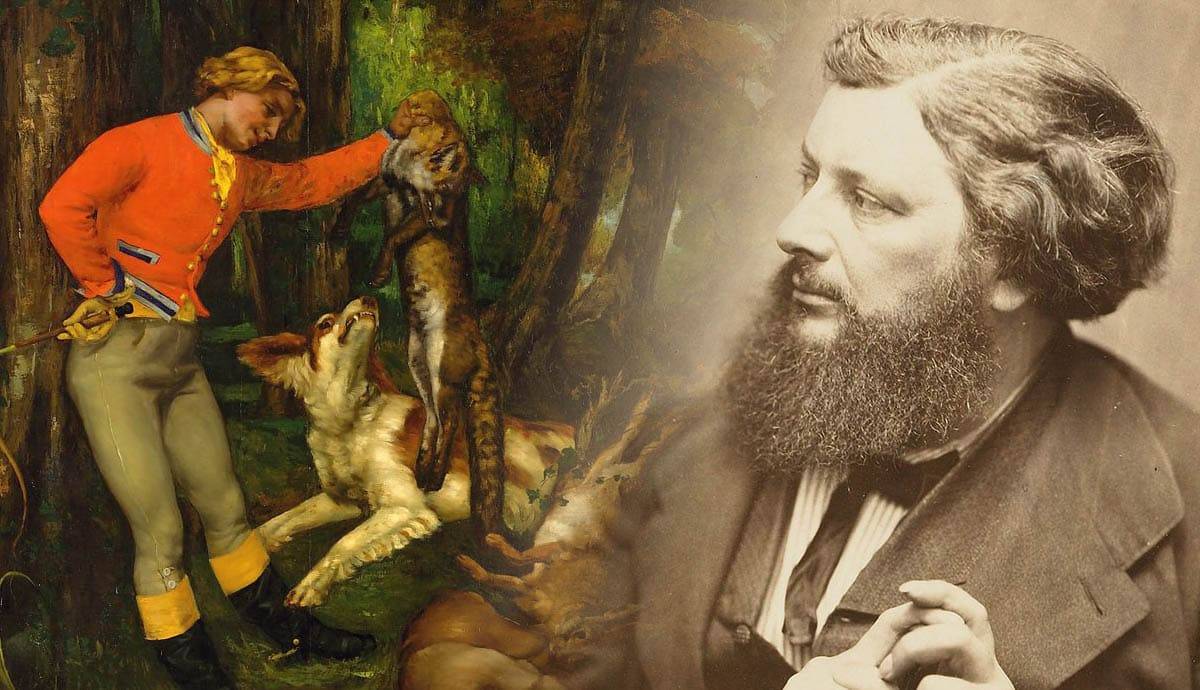 Realism was one of the most radical and subversive movements of 19th century Europe, spanning across literature and the visual arts. Realists rejected the fanciful frills and florals of Romanticism, instead focusing on truthful, brutally honest depictions of ordinary working life. One question that often gets asked is: who is the father of Realism? Given the breadth and scope of the movement, it’s difficult to pinpoint this grand title on any one individual. But throughout history several figures have risen to the top. Let’s take a look at who they are.

In Visual Art, Gustave Courbet is Widely Recognized as the Father of Realism

Daring and provocative 19th century painter Gustave Courbet is often cited as the father of Realist art. His confrontational paintings rejected the crowd-pleasing language of billowing Romanticism for something far grittier and more truthful. He painted a whole range of different subjects lifted from real life, including grim funerals, dirty farm workers performing back-breaking work and wounded soldiers in worn-out clothes. Today he is respected for lending his ordinary, humble subjects a quiet gravitas and respect that had never been seen before in art. He even painted in a new way, with angry, expressive brushstrokes that seemed to demonstrate his connection to real life and empathy with the plight of normal working people.

During his lifetime Courbet earned a notorious reputation for shocking genteel Parisians and he enjoyed causing a sensation. We might even say it was this provocative, anti-establishment attitude that earned Courbet the title as the father of Realism, because he rejected the pomp and ceremony of the past for a bold new language of honesty and truth in art.

He Paved the Way for Realism, Impressionism and Modern Art

Courbet’s anti-establishment attitude went on to influence a whole range of artists that followed him. These include the Realists Jean-Francois Millet, Edouard Manet and Julien Dupre, who, like Courbet, painted scenes from normal life with a frank and direct honesty. Courbet also had a profound impact on the French Impressionists, who made astute observations of everyday life with free, expressive brushstrokes. We might even say Courbet’s Realism went on to influence the development of modern avant-garde art, which expanded on his rule-breaking, non-conformist attitude, and a belief that art should convey the true nature of the human condition.

Hendrik Johan Ibsen is Recognized as the Literary Father of Realism

Norwegian playwright and theatre director Hendrik Johan Ibsen is the celebrated father of Realism in literature. Like Courbet, he became notorious for weaving difficult and challenging subject matter into his art, to expand the minds of his audience. He deliberately rejected former literary conventions such as formal structures and happy endings, sometimes bringing deeply troubling storylines into his plays. Ibsen explored how his art could advocate for social justice and women’s rights, and it is this activist approach that earned him the title as the father of Realism. His masterworks include Peer Gynt, Brand, A Doll’s House, Ghosts, An Enemy of the People and Emperor and Galilean. Even today, Ibsen is the second most performed dramatist of all time, only pipped to the post by William Shakespeare.

Ibsen’s radical Realist writings have had a lasting impact on literature since, informing the work of some of the world’s most famous writers. These include George Bernard Shaw, Oscar Wilde, and Eugene O’Neill. Legend has it, Irish novelist James Joyce was so taken with Ibsen’s groundbreaking work that he even learned Norwegian so he could fully appreciate its wonder.