8 Paintings That Made Mary Cassatt Famous

Mary Cassatt is famous for her Impressionist paintings depicting everyday women of the late 19th century. These are her most iconic artworks. 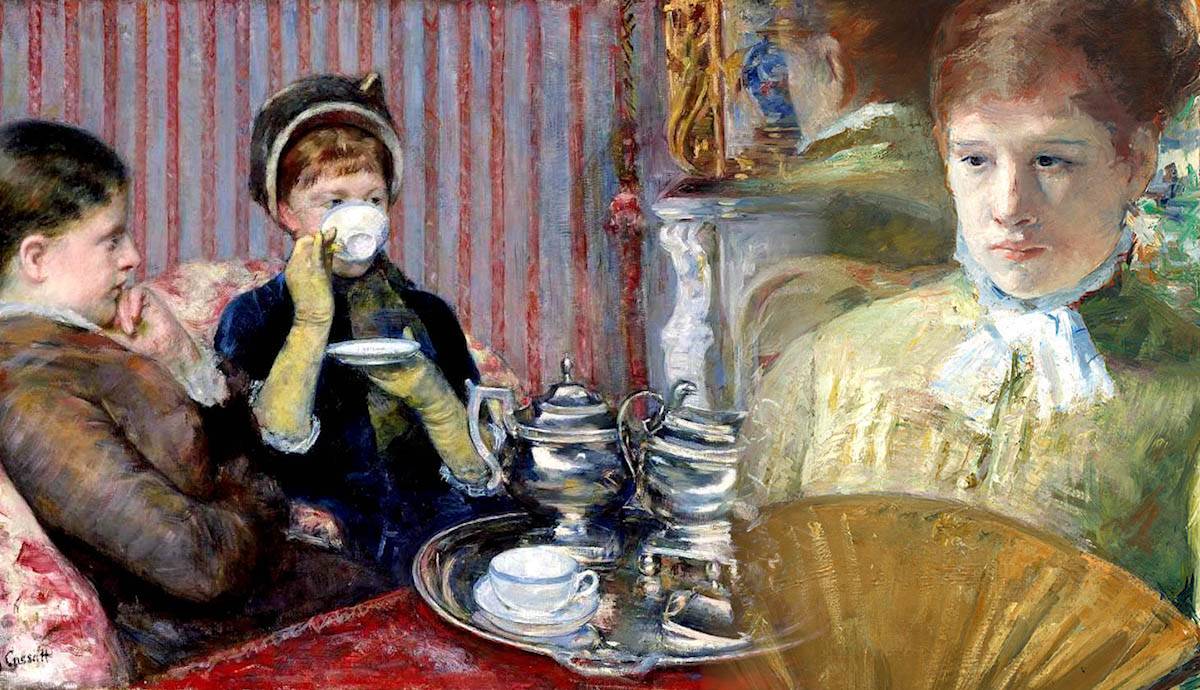 The Impressionist art movement was defined by a group of iconic artists that emerged in the 19th century, who painted scenes of everyday life using small, vibrant brush strokes. Mary Cassatt, the only American to have ever exhibited her art amongst the famous French Impressionists, lived in Paris for much of her life. In the center of Parisian bohemian life, Mary was surrounded by painters, artists, models, and writers. Cassatt became famous by the early 1900s for her colorful and detailed portraits of mothers, children, and everyday people. Below are 8 iconic works that made Mary Cassatt a famous impressionist painter.

Mary Cassatt: An American in Paris

Mary Cassatt moved to Paris in 1874 and befriended the famous impressionist painter Edgar Degas. Her first exhibit with the Impressionists in 1879 included eleven of her works and was one of her most profitable exhibits. Other artists featured in the 1879 Fourth Impressionist Exhibition were Edgar Degas, Gustave Caillebotte, and Camille Pissarro. Claude Monet’s Rue Montorgueil premiered at the exhibition and was an instant favorite, drawing nearly 15,000 people to the exhibition where Mary Cassatt premiered her work. Two of Mary Cassatt’s most iconic paintings on display included Woman with a Fan and Little Girl in a Blue Armchair. This is widely considered to be the time that Mary Cassatt officially became an impressionist painter.

Little Girl in the Blue Armchair is considered Mary Cassatt’s earliest Impressionist painting. The work is a testament to her newly established relationship with the Impressionists and her freer style of painting. In this captured moment between rest and play, Cassatt created a dynamic interaction using vibrant brushstrokes and an off-centered focal point. In her first exhibition with the Impressionist painters in 1879, Cassatt reworked this painting with the help of her friend Edgar Degas who frequently experimented with new painting styles and mediums during this time.

The viewer is drawn to the light that is coming from the doors at the rear of the painting. We are then led towards the adorable resting puppy juxtaposed with the little girl, who each appears to be resting in their own way. The painting was a delightful and refreshing change from the other works displayed at the 1879 Impressionist Exhibition, not quite a portrait and not quite a landscape, depicting everyday people. Little Girl in a Blue Armchair captured a child in repose in a way that was lovely and relatable.

In the Loge is the first of Cassatt’s Impressionist works to be exhibited in the United States. Premiering in Boston in 1878, it was well-received and reviewed by local art critics as one of the best works of art seen in the city. The painting featured a stylish Parisian woman prepared for an afternoon performance at the opera.

The Impressionists were inspired by modern life and entertainment in the City of Lights. Theater, ballet, and opera were common themes in the early works of Mary Cassatt and Edgar Degas. Fellow French impressionists like Renoir and Degas painted beautiful dances and the life that was happening both upon and behind the stage. Mary Cassatt depicted a woman in the audience watching the dancers instead. She managed to convey a mediocre yet romantic act of being the viewer and not the one who is being watched. As one of her most iconic Impressionist paintings, Mary Cassatt broke conventional barriers and made the viewer question if romantic paintings always needed to depict romantic actions.

Cassatt’s early paintings frequently depict wealthy women engaged in Parisian life. This was a life she was familiar with and that she participated in, having grown up in a wealthy family herself. Activities associated with femininity during the 19th-century, such as having tea, going to the theater, and raising children, were Mary Cassatt’s pillars in her art. Her fixation on painting women combined with her desire to depict the real world of the day resulted in the iconic works that made her famous. In many of her Impressionist paintings depicting women, Mary Cassatt tells a story – albeit a brief one. Nonetheless, a story leaves the viewer guessing whether what they assume is false or a projection of their associations with womanhood and femininity.

Take The Tea, for example; a simple act of sipping tea with a friend is turned on its head when you notice that the young lady raising her cup has her eyes cast to the side. Is she looking off in contemplation or contempt? The scene offers little more for the viewer to go off as the companion to the central figure in blue appears to be in thoughtful repose. Is it merely a break in their conversation? Or was something revealed amongst friends that caused an awkward pause? We’ve all been there, and there is no way to guess what moment in time the impressionist painter chose to capture here, but that is the joy of it and why it is one of Mary Cassatt’s most iconic works.

While Parisian women had been driving horse-drawn carriages in the country for years, by the mid-1880s, women could be seen driving throughout the Parisian city streets as well. In Mary Cassatt’s painting A Woman and a Girl Driving, the viewer immediately understands that the woman has the reins. Her body language leans forward, eyes straight ahead, whip at the ready. Next to her sits a small child casually resting one hand on the carriage, indicating comfort and trust in the driver.

Mary Cassatt was famous for depicting a woman in the middle of mothering. Still, A Woman and a Girl Driving proves her muse was not linear or exclusive to intimate moments but everyday actions. A Woman and Girl Driving portrays Cassatt’s sister, Lydia, as the driver. The young lady seated next to Lydia is Edgar Degas’ niece, who also looks straight ahead. The symbolism in the painting has been considered an example of Mary Cassatt’s progressive viewpoints on women’s role in society as Lydia is seen taking charge and intently following a path of her control. In the back of the carriage sits the groom, handsomely dressed, and reposed for the journey, looking backward as the carriage continues to propel forward.

Cassatt became a passionate fan of the ukiyo-e art movement after attending an 1890 exhibition in Paris featuring the work of Japanese masters. She admired the distinct lines used by the Japanese artists for their simplicity and clarity and the pops of color starkly popping through the dark outlines. The following year, Mary Cassatt emulated the Japanese style with a show featuring colored drypoint and aquatint prints, one of the very few artists producing these types of prints. The works are unique for the period but remain true to her Impressionist painting roots by avoiding the use of black. In Woman Bathing, the impressionist painter stays true to portraying women during everyday tasks, romanticizing the intimate look into a woman bathing with a subdued color palette and oriental details that mix the impressionist and Japanese wood blocking genres.

The Child’s Bath is evocative of what made Mary Cassatt famous. It addresses the subject for which she is best known (women and children) while also exploring Japanese art’s creative techniques and depictions of ordinary life. This work evolved from the inspiration and exploration she first encountered after viewing the Japanese exposition of 1890 in Paris.

The Child’s Bath results from her research into providing the viewer a more direct focal plane, drawing the viewer’s eye to the action within the painting, followed by the details that make it intimate. The ornamental elements in the patterning of the rug, pitcher, and wallpaper provide the details that make the painting feel so personal, a loving act between mother and child. Looking closer at the pitcher above in The Child’s Bath, it has evolved since Mary Cassatt’s depiction of it in Woman Bathing.

One of Mary Cassatt’s most ambitious works, The Boating Party, at first glance appears to depict a 19th-century family enjoying a summer day on the water. The distant but nearby coastline complements the yellow tones used in the boat. Mary Cassatt’s mastery of light amidst the meticulously swift brush strokes make this an iconic Impressionist painting. Beyond your first glance, Mary Cassatt offers tiny indications about the relationships between the characters within the painting. Many of her paintings focus exclusively on women and the relationship between mother and child. Yet, in the foreground of this version, there is a masculine figure whose body is the most prominent thing in the viewer’s gaze.

The contrast in the women’s clothing and the man indicates the possibility that this may not be a family unit. The man’s casual body language and gaze out onto the water to the west show that possibly the woman was on a water taxi. Regardless, The Boating Party could easily be a painting you sit in front of for a while to try and determine its meaning. What do you think? 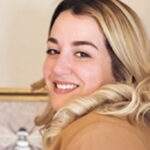 By Christina VolpeMA Public History w/ Museum Studies, BA Archaeology & Classics Christina is a historian and museum professional with a passion for art history and film studies. She holds a BA in Archaeology & Classics from the American University of Rome and an MA in Public History with a concentration in Museum Studies from Central Connecticut State University. In her spare time she loves to go antiquing throughout New England and can often be found with her laptop under an umbrella at a bistro table in her garden.