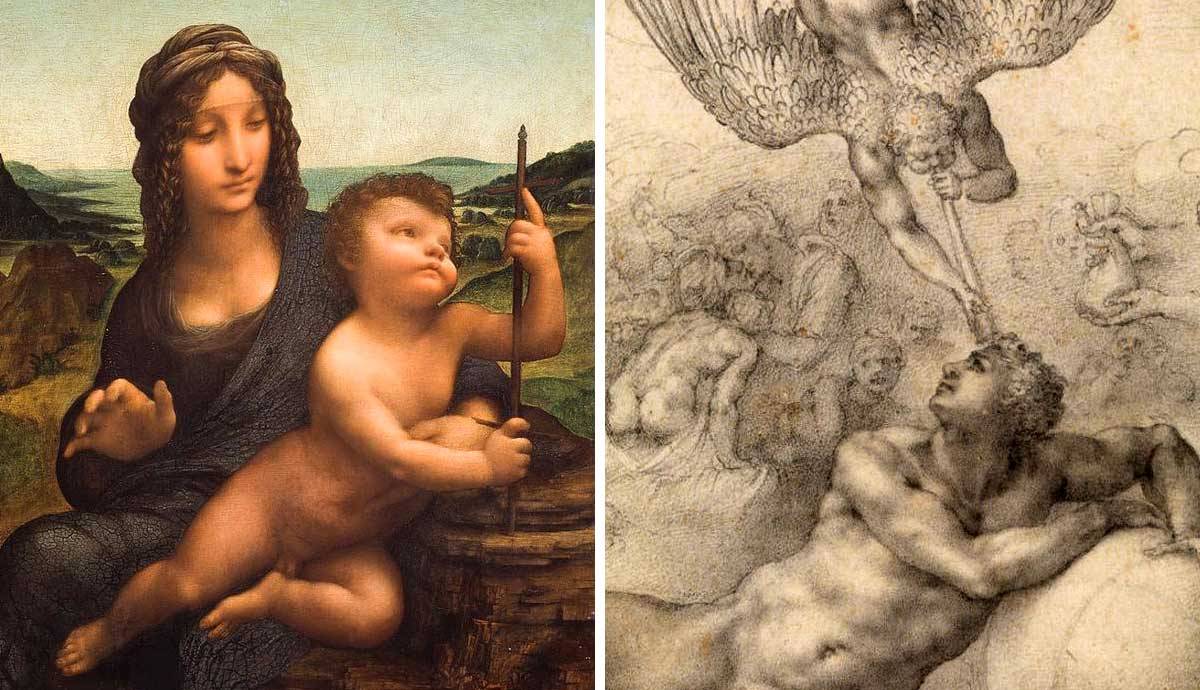 The Renaissance was an incredible period for art history, when a great flourishing of the arts took place across Italy, followed by much of Europe. It was during this time that the concept of the individual artist’s ego first emerged, and artists began signing their work to prove its originality. In spite of this, many of the most successful artists had teams of assistants and followers who helped them make work. This blurred the boundaries between maker and assistant. To make matters even more complicated, imitating, emulating and even stealing the work or ideas of other artists was a surprisingly common practice during the Renaissance. Let’s take a closer look at the complex ways artists would borrow or steal one another’s art during this monumental period in history.

During the Renaissance it was common for unknown or emergent artists to imitate the style of their more successful contemporaries in order to gain more commissions. But it was also surprisingly common for artists who had their own profitable art practice to look to the art of their superior rivals for ideas. For example, the Italian artist Jacopo Tintoretto imitated the style of Paolo Veronese so he could secure a commission with the Church of the Crociferi. Tintoretto later emulated the colors and painting style of his great rival Titian in his masterpiece The Origin of the Milky Way, 1575-80, in the hope of attracting some of Titian’s clients his way.

Another practice during the Renaissance was for artists to complete unfinished masterpieces that had been started by high profile artists. Often those finishing the artwork were an apprentice to the original artist, so they knew how to copy the style of their master. The Italian painter Lorenzo Lotto encouraged this practice, leaving his unfinished commissions in his will for his apprentice Bonifacio de’ Pitati to finish. Some instances of passing on ideas were less successful – in Leonardo Da Vinci’s Madonna of the Yarnwinder, 1501, we can clearly see a distinction between the great master’s stylized sfumato hand in the figures, and the contrasting style of the unknown painter who completed the background. By contrast, Titian successfully completed a series of unfinished works by Palma il Vecchio and Giorgione to a high standard.

During the Renaissance and beyond, artists sometimes recreated lost, damaged or destroyed artworks. For example, following the fires at the Doge’s Palace in 1570, many artists saw an opportunity to recreate the burned down paintings. Tintoretto was quick off the mark, recreating his own version of Titian’s Votive Portrait of Doge Andrea Gritti, 1531, which bore a striking resemblance to Titian’s surviving portraits of the same Doge.

Some Stole Ideas and Sketches

Theft was an occupational hazard for the Renaissance artist. But it wasn’t the great masterpieces the thieves were after – instead they went for the sketches, maquettes or work in progress from their rivals, which they hoped to pass off as their own. While such studies and models had little real value at the time, the germinating ideas they contained were like gold dust, so much so that the most successful artists of the Renaissance kept their prized ideas and unfinished pieces hidden away under lock and key. Even so, the artist’s own trusted studio assistants and employees made the most notorious thieves, because they had unfiltered access to their master’s treasure troves.

Parmigianino and Michelangelo Were Victims of Studio Theft

Leading Italian Renaissance artist Parmigianino kept his drawings and prints in a locked store, but this wasn’t enough to stop thieves from breaking in and stealing them. Later his assistant Antonio da Trento was found guilty of the crime, but the stolen art was never found. Similarly, the sculptor Baccio Bandinelli raided Michelangelo’s studio, taking 50 figure studies and a series of small models, including the artist’s sacred ideas for the New Sacristy.

10 Things To Know About Tintoretto