HomeStoriesThe Role of Women During the Italian Renaissance

The Italian Renaissance brought a period of significant change to many aspects of philosophy, art, science, and daily life, including the role of women in Italian society. 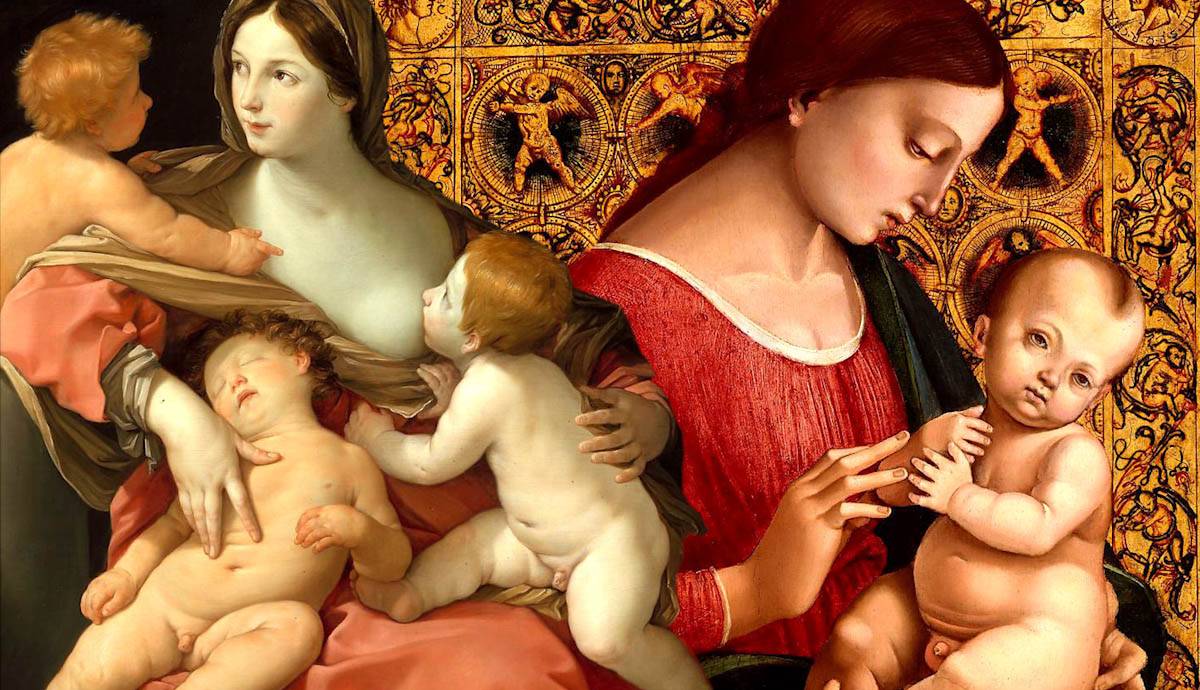 When it came to the elite classes, women had more opportunities to attain a somewhat equal footing with men, even if only on an intellectual level. Lucrezia Borgia is a prime example of this and, perhaps, the most well-known woman of the Italian Renaissance thanks to contemporary media. She enjoyed a privileged status as an elite in a time of cultural revival under humanistic values. This article will not focus on a specific personality such as Lucrezia but instead will try to offer a general image of the role of women in the Italian Renaissance from the 14th to the 17th century. However, it will focus on women from all social classes, as intellectual equality was not the case for lower-class women whose roles didn’t change that much compared to the medieval period.

The Role of Women in the Italian Renaissance

Even though the Renaissance is considered a period of universal rebirth, the role of women in the Italian Renaissance did not change too drastically compared with the Middle Ages. Oddly enough, the mentioned universal rebirth doesn’t seem to touch the status of women that much, as their rights remained still few for contemporary standards.

The livelihood of women in the Italian Renaissance depended much on their social status. If they were peasants, they worked the fields together with their husbands and took care of the household. If they were the wives of middle-class merchants, they would run the business with their husbands and also take care of the house. Lastly, if they were of a higher status, their life would revolve solely around the household. They would fill their time with activities related to domestic life such as sewing, entertaining, and cooking. Despite their difference in status, all of these women depended on a certain household, a recurring theme throughout the Renaissance when it comes to the role of women.

As with every historical period and context, change can happen little by little. Therefore, although there weren’t many drastic changes in the role of women during this era, small steps towards gender equality enabled certain women to enjoy a new lifestyle.

What indeed changed to some extent during the Renaissance, especially in Italy, was the fact that women were able to distinguish themselves as art patrons, writers, orators, and generally women of intellect. However, this occurred only when a woman was given the circumstances and chances to do so. Thus, from this perspective, the role of women went beyond that related to the household.

Moreover, some influential wives influenced politics, the economy, and culture through their own interventions. Beyond marriage, women could become accomplished in an untraditional way: women could be nuns, receiving a humanistic education, or courtesans who would live a luxurious life involving a certain level of intellectualism. An interesting constant for the Italian Renaissance is that the intellect became a weapon for women who could use it to their advantage in various ways.

Marriage During the Italian Renaissance

Because of the political instability that engulfed most Italian city-states, marriage was often used as a political asset among influential families. While merchants and peasants were not necessarily constrained to marry into a certain family, the stakes were higher for aristocrats. Fathers would marry off their daughters in order to preserve property and lineage but also to gain favor or put an end to a conflict between families.

Most of the time, lineages were loosely defined, and the institution of marriage was influenced by political, demographic, and economic factors. However, because the Renaissance returned to the values of classical antiquity, society again turned to the Roman concept that defines the father of the family as patria potestas, emphasizing his power over the other members. Due to this context, the traditional role of women to bear children became weaponized in Renaissance Italy as it could determine the political power of an entire family lineage. For example, the Florentine Monte delle doti, established in 1425 as an investment fund, was a mechanism to assist families in affording to give large dowries while also functioning as a war fund against Milan. Thus, women and marriage were seen as a type of currency.

The Renaissance Perspective on Family

The Italian Renaissance perspective on the family was closely tied to its legal framework. However, Italy had a fragmented and inconsistent legal framework for marriage alongside the Roman common law (Ius commune). This resulted in an unfavorable context for women as the legal framework failed to support or protect them properly due to its inconsistencies. Inside aristocratic and noble families, the primogeniture, or the firstborn son, was seen as the one to inherit everything, as women did not qualify and were therefore dependable to the male head of the family.

Reputation was a powerful concept in the Italian Renaissance, as it could bring down an entire house if it weren’t favorable. Reputations often depended on the behavior of the women from a certain family, meaning that the male members of the family were seen as responsible for guarding the purity and innocence of the women, all to preserve the family’s well being. This can be noticed even from the well-known portrait of Battista Sforza and his wife, where her manner and apparel show modesty and docility. The humanistic dialogues On The Family by Leon Battista Alberti and On Wifely Duties by Francesco Barbero indicate that family prevailed as a social institution in a time when political and social instability was common.

Women at Home, and Other Familial Perspectives

As previously mentioned, a woman’s life was ultimately bound to the house, and the Renaissance household interiors came to reflect the fact that women spent most of their lives indoors. The interiors and the ways in which they functioned testify that the role of women didn’t change drastically in the Renaissance. Today, this can be seen thanks to the Victoria and Albert Museum’s 2006 exhibition, At Home in Renaissance Italy, which turned the focus on Renaissance interiors as a way to search the societal role of women in marriage and motherhood. The exhibition featured the cassone (a marriage chest) and the desca di parto (a birth tray to provide refreshments for new mothers) as a way to portray the women’s domestic role that can be noticed through the furniture and its uses.

Another element that greatly influenced the fate of Italian women was the regional perspective on family. Fifteenth-century Sicilian nobility, for example, embraced consanguineous marriages (union between second cousins) to improve landholding, influence, and kinship ties, while Florentines preferred endogamous marriages (union within the same social or familial group) to protect “national” identity. A famous example of the endogamous Florentine preference is that of Cosimo de’ Medici, who opted for a strategic marriage match in order to heal political rifts with the Bardi family but also to gain prestige and influence in Florence through the union.

Interestingly, after 1550, Italian favored patrilineality, the practice of endogamous marriages between elite families, and the exclusion of the daughters with dowries from the inheritance, all to favor agnatic kinship (tracing one’s ancestors through males only). These different perspectives illustrate how a family’s view can drastically affect the role of women inside both family and society, impacting their rights and personal lives through marriage.

The Role of Women in the Renaissance Courts

The rivalry between courts acted as a motor that pushed towards showcasing feminine culture and grace. This context placed value on the education of courtly women so they could become pawns in a race between competing dynasties. Due to the fragmentary state of Italy, it is hard to categorize the rivalries by region or rule. Still, a cultural and political rift between the northern towns and the southern ones is visible. In this way, Florentine and Venetian women seem to have been more modest than their neighbors, as they were literate only in the vernacular and could not write.

Courts played an important part as they pushed the role of women even further, making them masters of rhetoric, writing, and classical literacy skills, but also artistic skills in music and dance. The female protagonists of courts included prince consorts, noblewomen, ladies-in-waiting, young female intellectuals, and courtesans.

For example, the wife of a dynastic prince would receive a thorough humanistic education so she could rule by proxy if her military husband was absent or died and also potentially act as regent for their son. Another example is that of Battista da Montefeltro, an educated Urbino woman who was the first Italian woman to give a speech in Latin. Moreover, she supported politically her poorly-equipped husband and even became a diplomatic leader of Pesaro.

Opportunities For Women During the Italian Renaissance

There were three possible paths for the women of the Italian Renaissance: they could be either “nun, wife, or whore,” as described by the courtesan Nanna, the protagonist of Ragionamento from Aretino’s dialoghi puttaneschi (whore’s dialogues). There existed two types of nuns: educated, dowried nuns (professe) who wrote music, taught, wrote, made art and textiles, and servant nuns (converse) who cooked, cleaned, and did manual work. Many of the educated nuns were of aristocratic origins as their families preferred to send them to convents instead of gathering large dowries that they couldn’t afford.

As wealthy wives, women were able to influence the arts and become patrons. Even though there were few well-known female artists of the Italian Renaissance today, the most notable being Artemisia Gentileschi, women still commissioned paintings, statues, and buildings. However, this came with certain conditions. It was seen as ideologically inappropriate for women to commission public art, and art destined for courts and households had to be within gender expectations and respect court hierarchy.

Moreover, the role of women was expanded through writing, particularly amongst the upper classes. The Italian Renaissance saw several female writers emerge as a consequence of the humanistic education of girls; Vittoria Colonna, Marquess of Pescara, is a great example, as she achieved prominence in spiritual poetry that influenced the beliefs of the neighboring cities.

In sum, the role of some women during the Italian Renaissance seems to have developed and grown, but this was predominantly in elite groups where women were granted more opportunities thanks to their humanistic education. For many common women, their lives retained a more traditional and medieval look, without much improvement in their rights.