HomeStoriesUnder Suleiman’s Rule: The Role of Women in the Ottoman Empire

Under Suleiman’s Rule: The Role of Women in the Ottoman Empire

The Sultanate of Women was a period where women ruled in the Ottoman Empire. Imperial affairs were dominated by Sultanas, who wielded unprecedented power. 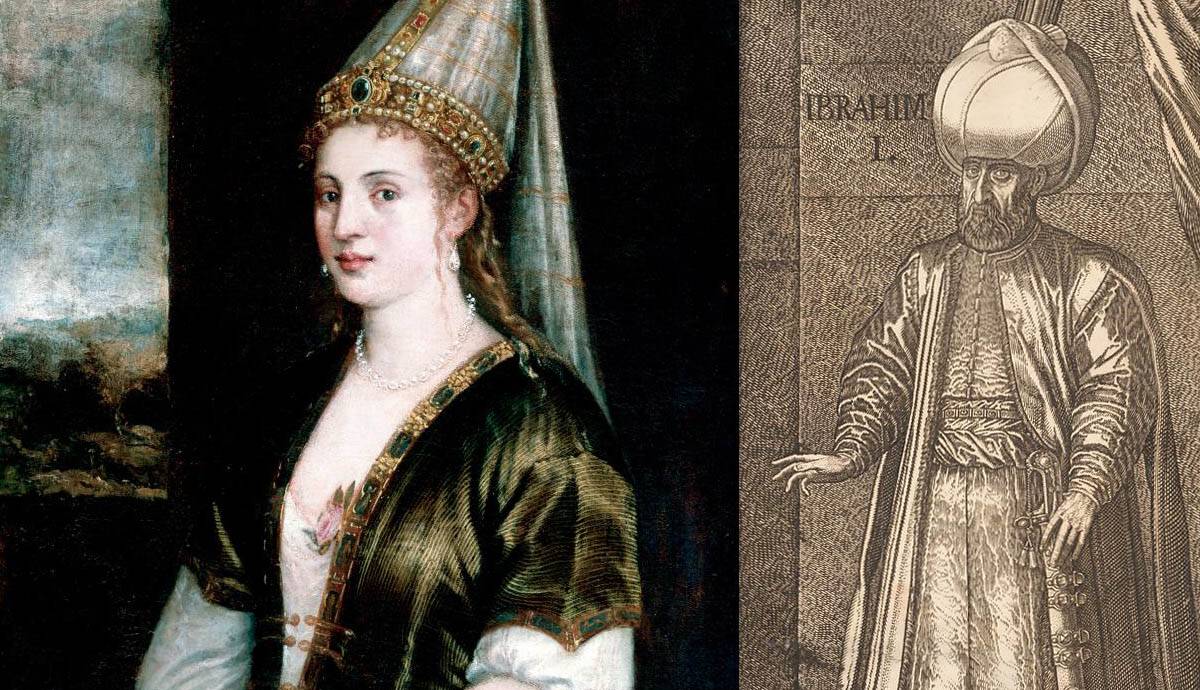 The Sultanate (or Reign) of Women is a period that began with Suleiman’s reign in 1520 and lasted until Sultana Turhan died in 1683. This period marked the history of the Ottoman Empire with its increased role of women in both internal and external affairs. The role of women extended to politics, and the harem, a place reserved for wives, concubines, and female servants, became a place that exerted influence on imperial decisions. In the Ottoman Empire, the Sultan was the supreme ruler who governed with the help of a council, named Divan. For women to influence politics, they had to become the Sultan’s consort, his wife, or to be the mother of the ruling Sultan.

The Sultanate of Women in the Ottoman Empire

The Sultanate of Women, as it is referred to, is a historical period that marked the second half of the 16th and 17th centuries of the Ottoman Empire. This period roughly coincides with the reign of Sultan Suleiman (1494-1566), known as the Magnificent. The name of this period derives from the influence that various women gained inside Suleiman’s imperial palace.

​​Before the reign of Suleiman, women played traditional roles as wives and mothers. They were limited to the roles within the household and had no opportunity to influence politics or stately affairs. This article will focus especially on the cases of Hafsa, Hurrem, Mihrimar, Kosem, and Turhan. Hafsa was Suleiman’s mother and exercised great power during the reign of her son, while Hurrem influenced his reign as his wife and Mihrimar, as his daughter. Kosem and Turhan, the last two sultans from the Sultanate of Women, ruled the Empire de facto and were actively engaged in politics.

During this period, either the wives of the Sultan, known as Haseki Sultans, or the mothers, known as Valide Sultans, started interfering in spheres that were outside the traditional influence of the harem. Moreover, most of these women were of non-Ottoman origin, just like the well-known case of Hurrem Sultana will illustrate. Because the power that women wielded during this period inside the palace was so great, it can easily be said that the traditional gender-based power relations were affected by this change in the role of women as they became highly involved in politics as well as domestic and international affairs.

The Role of Women Outside the Palace

As in other cultures during this early modern period, the life and roles of common women depended a lot on their social status in the Ottoman Empire. Generally speaking, it can be said that women led a secluded life as segregation based on gender was practiced widely in the Ottoman Empire. This meant that women enjoyed almost exclusively the company of other women while men did the same.

During Suleiman’s rule, however, women could enjoy a more egalitarian status. An example of this is that of kaymak shops, where men and women could meet regularly without regard for their marital status. Moreover, the existence of female sheikhs also testifies to this. Besides the kaymaks, places of socialization for women consisted in their homes and the bathhouses where they could meet up with fellow women. From this perspective, it is quite clear why the lives of common women in the Ottoman Empire as described as secluded. The role of women was bound to the household, as well as caring for their family and other relatives they knew, thus giving their roles a traditional character.

The Title of Valide Sultan

Among the women of the imperial palace, the mother of the Sultan held extraordinary power and influence under the title of Valide Sultan. This title was held by the mother of a ruling sultan of the Ottoman Empire, and it was first used by Hafsa Sultan, consort of Selim I and mother of Suleiman. In special cases, grandmothers and stepmothers of a reigning sultan could assume this title as well.

This position speaks greatly to the role of women during the Reign of Women because it was the second-most important position in the Ottoman Empire, second only to the Sultan. The Valide had a great influence on the empire’s affairs, court, and imperial staff. She also had at her disposal generous economic resources that allowed her to initiate vast architectural projects. The Valide Sultan often engaged in charity projects, building hospitals for the civilians, and was also an art patron. This denotes that the role of women in the palace extended to the social sphere as well.

Suleiman and Women in the Ottoman Empire

Suleiman Sultan, known in the Western world as Suleiman the Magnificent and in the Ottoman Empire as the Lawgiver, was one of the most successful rulers in the history of the Empire. During Suleiman’s reign, the Ottoman Empire was at the peak of its economic, military, and political prosperity. This prosperous period impacted the role of women as they rose to unprecedented influence.

Women played a significant role in Suleiman’s life. His mother, Hafsa Sultan, was a present influence in the first part of his rule, while Hurrem Sultana marked his personal and political affairs.

It was tradition for the sultan to keep a harem of women so as to have multiple consorts — this way, the sultan would remain as neutral as possible and not be influenced by any one woman. Even though Suleiman’s harem contained just 17 women, of whom only two were consorts, one woman in particular managed to have a great influence in his life: Hurrem. Suleiman even broke with tradition and married her. By marrying Hurrem, he broke with Ottoman tradition. put in place to keep the Sultan as neutral as possible. This marriage also conferred an elevated status to Hurrem so that she became almost the sultan’s equal. Therefore, it is no wonder that women within Istanbul’s imperial palace managed to rise to power during the reign of Suleiman.

As one of the two consorts of Suleiman, Hurrem is believed to have been a Ruthenian captive that was brought into the sultan’s harem. After catching Suleiman’s attention, Hurrem steadily rose to power by becoming the sultan’s favorite, his chief consort, and later wife. Notably, she is the first woman in the history of the Ottoman Empire to interfere in state affairs but also the first to be named Haseki Sultan.

The case of Hurrem Sultan is probably the most illustrative one regarding the role of women and their power during the Sultanate of Women. In domestic affairs, she competed with the other consort, Mahidevran, whose son was the first in line for the imperial throne. However, Hurrem acted as Suleiman’s advisor and held great influence regarding foreign policy and international politics. Aside from politics, she was deeply engaged in charitable works through the public buildings she commissioned. She was especially concerned with the poor and oftentimes gave generous alms. In this respect, her influence was double as it impacted the imperial environment through politics and society through her charity.

Mihrimar, the daughter of Hurrem and Suleiman, was the most powerful princess in the history of the Ottoman Empire and a principal figure in the Sultanate of Women. The favorite daughter of Suleiman, Mihrimar married Rustem Pasha, who later became the Sultan’s Grand Vizier, holding the highest position in the advisory council.

As the Sultan’s daughter and wife of the Grand Vizier, Mihrimar acquired substantial power and influence. After her mother’s death, she became Suleiman’s advisor and counselor, confidant, and closest relative. She also took on the management of foreign affairs as she was extremely popular and well-known both in the Orient and in the West because of her frequent travels. It is notable that she oftentimes accompanied her father on military campaigns, thus playing an active role in the effective governing of the Empire.

Just like her mother, Hurrem, Mihrimar engaged in charitable projects; she sponsored the building of mosque-complexes which she then would dedicate to her father. Mihrimar Sultan played a unique role during the Reign of Women because she didn’t rise to power by becoming a Sultan’s wife or favorite, but rather through her direct royal lineage which ensured political opportunities. Her life helps in further comprehending of the role of women during this period of the Ottoman Empire.

The Ending Reign of Women in the Ottoman Empire

The end of the Sultanate of Women is marked by the reigns of two Valide Sultans, Kosem Sultan and Turhan Sultan. Kosem Sultan was Valide for 62 years, overseeing the reign of six different sultans. She was regent for three of them and, as regent, supervised all matters of the empire, attending cabinet meetings from behind a screen. She assisted in the installation and removal of sultans and helped clear corruption out of the palace.

Turhan, Kosem’s daughter-in-law, was the last of the great Valide Sultans. She is considered to have been the most powerful female sultan as she actually spoke in meetings rather than attending them from behind the screen. After her son reached the age of maturity, she continued to co-rule with him. After Turhan’s death, the powers of the Valide Sultan began to diminish as the Grand Vizier became more influential in the politics of the Ottoman Empire.

​​The Grand Vizier was the chief advisor from the advisory council named Divan. Due to this, he exercised the greatest direct influence over the sultan. Therefore, the role of women in imperial affairs and politics slowly died out, returning to the more traditional situation that was in place prior to the Sultanate of Women.

Therefore, we can see two clear ways in which women could attain maximal power during the rule of Suleiman: either by acquiring the title of Haseki Sultan as the wife of the ruling sultan, or the title of Valide Sultan, as the mother of the ruling sultan. The latter title granted the most power a woman could achieve, as she could effectively rule the Ottoman Empire.