HomeAnswersWhat Were the Best Inventions of the Renaissance? (Top 5)

What Were the Best Inventions of the Renaissance? (Top 5) 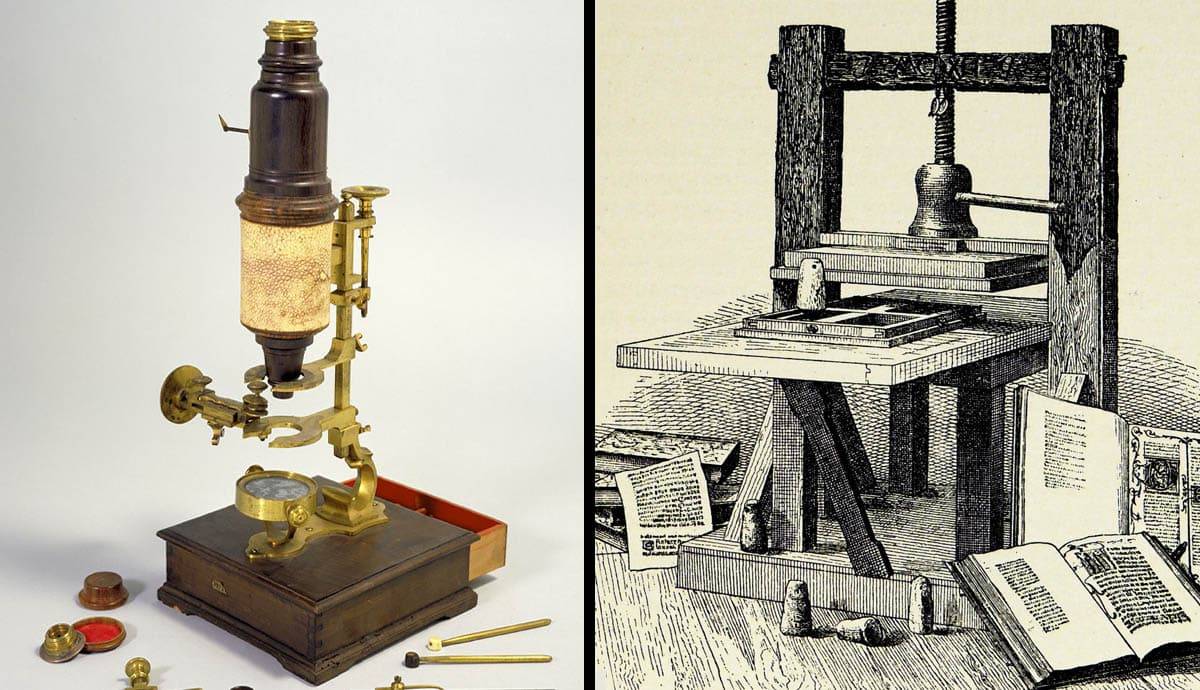 The Renaissance is one of the most incredible periods in our human history, when significant advancements were made across all aspects of society, including science, literature, philosophy, mathematics and art. During this momentous period in time many exciting inventions were made, all in the quest to better understand the world around us. Of all the inventions that were made during the Renaissance period, which ones stand out as the most significant and important of all time? Let’s take a look through some of the best, many of which we still rely on today.

1. The Pencil: Humble Yet Mighty

Ah, the humble pencil, not to be taken for granted. It was invented during the Renaissance in 1560 by an Italian couple named Simonio and Lyndiana Bernacotti, who discovered that graphite sticks could be inserted into a hollowed out stick of juniper wood to keep it neat and handy. This early pencil was intended mainly for carpenters so it was oval in shape, to stop in rolling away. Even today, many carpenter’s pencils are still made in this very same shape. Pencils went on to become mass produced items which were, and still are incredibly popular worldwide, often with the hexagon shape we recognise today, an updated version of the early oval which is even less likely to roll away!

2. The Printing Press: Perhaps the Most Significant Tool of the Renaissance

The printing press was one of the most significant inventions of the Renaissance period, allowing for great advancements in communication to take place. It was German goldsmith Johannes Gutenberg who invented the first printing press in 1436. He combined moveable panels of metal type with a pressing machine, creating a machine known as the Gutenberg press. Thanks to Gutenberg, newspapers, magazines and books could be reproduced relatively quickly and cheaply, replacing the painstaking scribe work of monks in monasteries. Gutenberg’s press was operated entirely by hand, a slow process by today’s electronic standards, but he paved the way for the future to come.

3. The Microscope: An Ingenious Discovery

An ingenious spectacle maker of the Renaissance period named Zacharias Janssen is credited with creating the first microscope in 1590. Although Zacharias was a mere teenager at the time, it is thought he and his father created the first microscope prototype together. Their microscope was known as a ‘compound’ microscope made from at least two lenses, one to pick up the image, and the other to magnify it so we can actually see it with the human eye. The wondrous discovery they made meant we could explore, understand and cultivate the world in a whole new way, and life has never been the same since. When news spread throughout Europe about microscopes, the concept was quickly picked up on and adapted by others, including astronomer, physicist and engineer Galileo Galilei in the early 17th century.

4. The Telescope: Extending the Human Senses

Another canny spectacle maker of the Renaissance era from Holland, named Hans Lippershey, also invented the first telescope in 1608. He initially called his new device a “kijker” (Dutch for “looker”), describing its function, “for seeing things far away as if they were nearby.” It was the first instrument of its kind to extend one of the human senses, fascinating and inspiring many to develop his idea further. Following on Lippershey’s discovery, Galileo Galilei was quick off the mark again – he went on to make his own updated version of the telescope in around 1609, which he used to make some radical findings about the universe. These include finding Jupiter’s four moons, discovering that the sun was the centre of the universe, and that the Earth’s moon is not completely spherical – amazing, right? Isaac Newton also succeeded in creating one of the world’s first telescopes in 1668, using a reflective mirror mechanism.

5. The Steam Engine: One of the Most Important Inventions of the Renaissance

Today we might think of the steam engine as a symbol of a bygone era, but during the Renaissance, it was one of the hottest discoveries to be made. One of the most important inventions in the centuries leading up to the Industrial Revolution, the steam engine allowed for major developments to be made in agriculture, mining, manufacture and transportation. So, who do we have to thank for this mighty invention? The great English engineer Thomas Savery made the first practical and effective steam engine, designed for pumping out water in 1698, a process he concisely termed “water by fire.” His invention relied on steam pressure, which had a tendency to blow up, so it wasn’t entirely foolproof. In 1712, an English ironmonger and inventor named Thomas Newcomen came up with a better version, which contained safety valves, and his nifty invention remained in use for over 50 years.