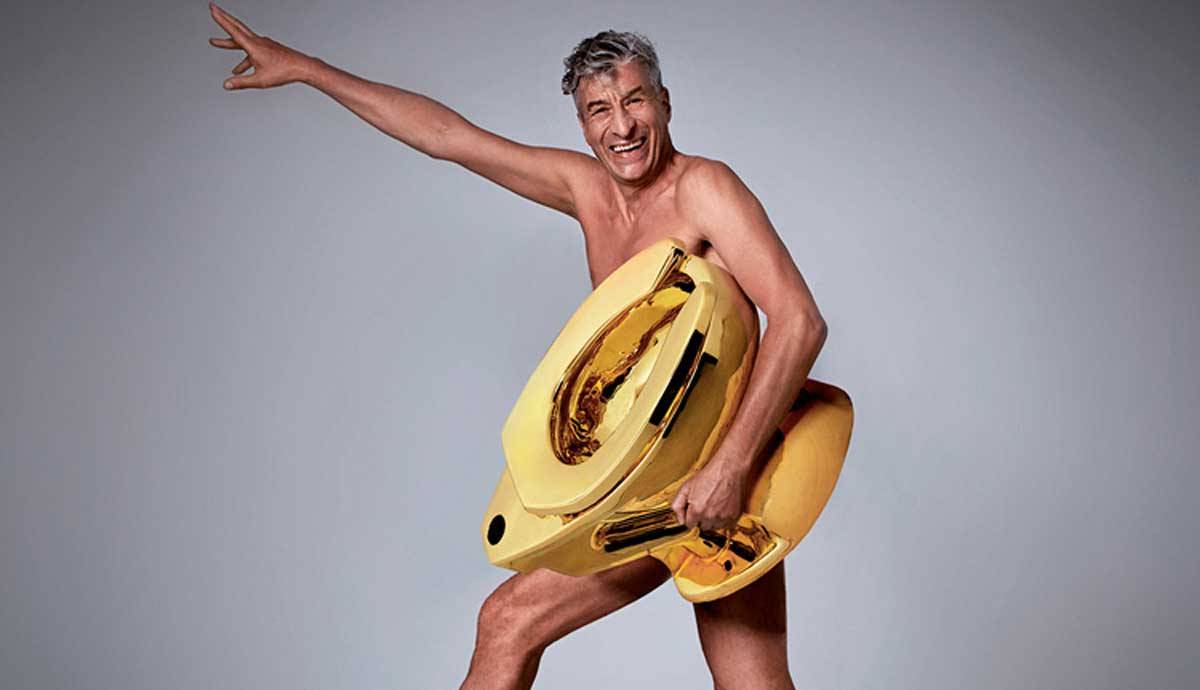 Contemporary Italian artist Maurizio Cattelan is a prankster and troublemaker, and his art has attracted huge amounts of press attention, both good and bad. None more so, perhaps, than the artist’s fully functional toilet made from 103 kg of solid, 18-carat gold. Called America, the artwork is a satirical commentary on art, money, greed and capitalism. In 2016, Cattelan installed his lavish toilet in the fifth-floor bathroom of New York’s Guggenheim Museum, allowing visitors to make use of it freely. A year later, Cattelan tried to give the toilet to Donald Trump and the White House, but Trump said no. Instead, in 2019, Cattelan’s gold toilet made its way to the grand Blenheim Palace in Oxfordshire, England, the former family home of Winston Churchill.

Unfortunately, the artwork was in Blenheim for a matter of days, before a gang of criminals ripped it out of the stately home and bundled it into a getaway van. But who stole Catellan’s gold toilet, and how did they do it?

In the years since thieves stole Cattelan’s gold toilet, police have arrested seven different suspects, but with no formal charges. One of these was a 66-year-old man, who police arrested not long after the incident occurred. Although Police still don’t know who took Cattelan’s gold toilet, they believe it was a criminal gang, with “at least” two getaway vehicles. The gang broke into the palace overnight and had to rip the toilet from the wood paneled palace walls, which would have required a fair amount of physical effort. They left behind significant damage and flooding.

Lord Edward Spencer-Churchill, founder of the Blenheim Art Foundation points out, “it’s not going to be the easiest thing to nick. Firstly, it’s plumbed in, and secondly, a potential thief will have no idea who last used the toilet or what they ate.” Then there’s also the physical weight of the solid metal toilet, which would no doubt need serious manpower to get it out of the building.

It seems likely that thieves stole the toilet to melt it down, and sell it on as gold bars, making it impossible to trace. The sheer volume of 18-carat gold making up Cattelan’s toilet had an estimated worth of at least $1.25 million. Alas, the complete artwork would have been worth considerably more, possibly around $6 million, particularly given its notoriety. But there is no way the criminals could sell the artwork without police catching up with them.

Did Maurizio Cattelan Stage the Theft?

Given his reputation for staging some of the art world’s most infamous pranks, some thought Cattelan might even have staged the theft himself, in order to earn himself even more publicity. Cattelan denies playing any part at all in the theft, however, telling a newspaper at the time, “I wish it was a prank. Who’s so stupid to steal a toilet?” Despite being “mortified” by the theft, Cattelan also praised the criminals for their ruthless act. He called them “great performers,” adding, “I want to be positive and think the robbery is a kind of Robin Hood inspired action.”

The Investigation into Cattelan’s Gold Toilet Scandal Is Ongoing

As of 2022, investigations into Cattelan’s missing gold toilet are still ongoing. It is highly likely that thieves have already destroyed Cattelan’s gold toilet by now, so the chances of finding it are slim. For now, at least, this remains one of the world’s most notorious and unsolved art heists. Dominic Hare, the CEO of Blenheim Palace commented, “It’s deeply ironic that a work of art portraying the American Dream and the idea of an elite object made available to all should be almost instantly snatched away and hidden from view.”

What is Art? Answers to this Popular Question