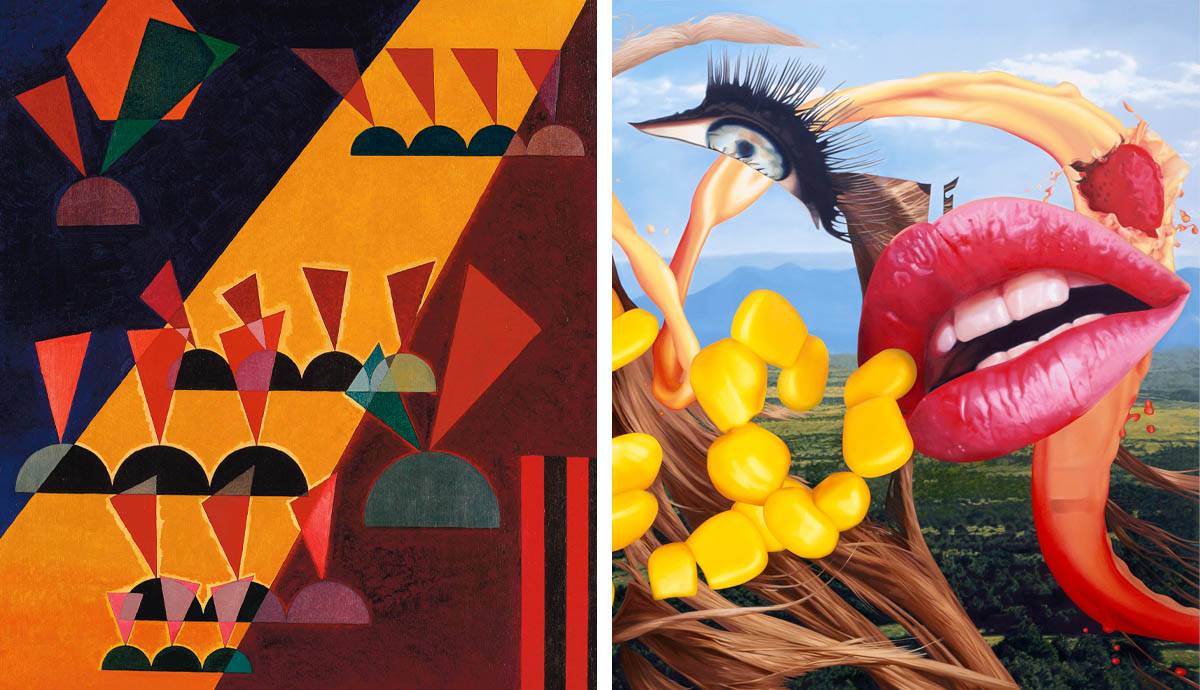 The terms ‘modern art’ and ‘contemporary art’ are easily confused, but each refers to its own distinct period in art history. When we hear the word ‘modern’ we often think of that which is current, or ‘of the moment,’ but in art historical terms the word is usually associated with modernism, which spanned roughly the late-19th to mid-20th century. By contrast, the term ‘contemporary art’ is the one used by art historians to describe art being made today. Let’s take a closer look at the main differences between the two styles.

Modern art emerged long before contemporary art arrived on the scene. The advent of modern art, or ‘modernist’ art, is usually traced back roughly to the late 19th century. It was a period of momentous change across all strands of society, when industrialism reimagined the nature of human life. This naturally influenced artists, who responded in both positive and negative ways. The invention of photography was one particularly profound industrial change. On one hand, photography could take over the role of documenting people and places, freeing up art to be something else entirely. On the other hand, photography gradually became an art form too, and its uncanny ability to crop and distort reality also shaped much modernist art.

Modern art is incredibly diverse, and it is impossible to generalise, but one common trend was abstraction. Breaking free from pictorial conventions such as representation, narrative and perspective, and focussing instead on the expression of inner feelings and emotions, artists of the late 19th and early 20th century gradually led us towards abstraction. The French Impressionists were among the first to break away from detailed painting styles. The Post-Impressionists after them such as Paul Cezanne, Vincent van Gogh and Paul Gauguin moved on to separate colour from reality, heightening it for dramatic effect. They paved the way for Fauvism, Cubism, Expressionism, Suprematism, Rayonism, Futurism and more. These ideas in turn informed Abstract Expressionism in the 1950s, and Colour Field Painting in the 1960s.

Dadaism and Surrealism were less abstract than those mentioned above. Rather than simplifying and distilling forms down to their bare bones, they took a different angle. Some leaned towards conceptual ways of making art, where the idea or concept behind the art became more important than the art itself – think Marcel Duchamp’s infamous Fountain, 1919. Others, like Rene Magritte and Salvador Dali left the real world behind for a strangely haunting new one, influenced by an increased understanding of human psychology.

5. Contemporary Art Is More Eclectic and Varied Than Modern Art

The tools available to contemporary artists are so much more varied and diverse than they were in modern times. This naturally means contemporary art is far more eclectic and complex. Popular approaches include things like digital video installations, interactive experiences and performance art. Traditional mediums like drawing, painting and sculpture are still around too and as popular as ever, but they have been given a shiny new makeover and often include elements of digital imagery and unconventional contemporary materials. And then there are artists like Maurizio Cattelan, who pin taxidermized animals to the wall, proving that in the world of contemporary art, almost anything goes.