Who Was Aesop? (5 Facts About the Greek Fablist)

Aesop was a Greek Fabulist and former slave credited with inventing the genre we now call fables. His life is shrouded in uncertainty. 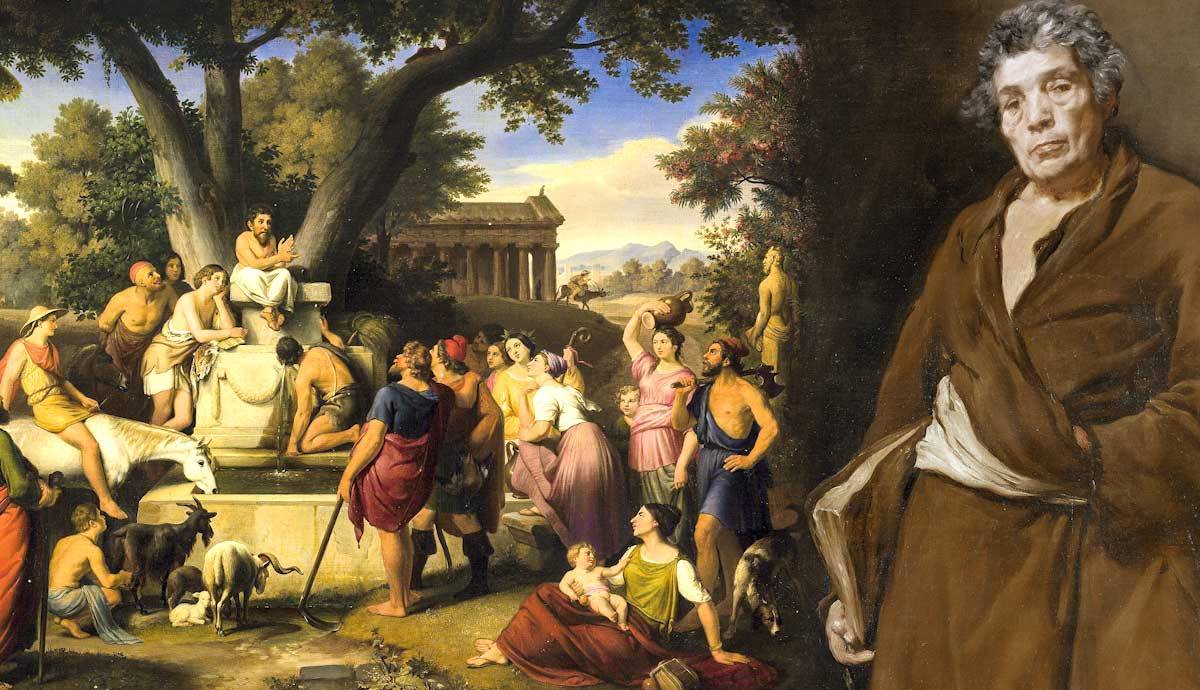 The tales of Aesop are arguably more well-known to contemporary audiences than the epics of Homer. He is considered the inventor of fables: an analogical narrative format intended to convey moralistic lessons to audiences. However, we know little about his life.

Many modern scholars have begun questioning whether a real Aesop ever existed. Herodotus suggests that he lived around 570 BCE, Plutarch places him as a contemporary of Solon (630-560 BCE), and Laertius says he thrived during the 52nd Olympiad (572 BCE). Although many ancients believed that he was born in Phrygia, he appears to have been born in the town of Mesembria, in Thrace, eventually making his way to Samos. Although we may never truly know his origins, we do know that he seized the attention of many ancient Greek poets, playwrights, and historians.

According to legend, Aesop was a remarkably ugly individual. He is described as filthy, with a fat belly, a large head, bandy arms, flat and fat feet, bug eyes, and misshapen facial features. He was also very short, with swarthy skin and in one translation he is described as “a faulty creation of Prometheus when half-asleep” (Papademetriou, 14–15). However, his physical appearance was not the only mark of his difference; he also was mute in his early life.

We do not know if Aesop began life mute or if it resulted as a consequence of some past trauma. Although he eventually gained the ability to speak and communicate, his initial inability is never shown as a hindrance in his life story.  In fact, his inability to speak only emphasizes his remarkable intelligence and resourcefulness.

According to one story, Aesop manages to cleverly defend himself when he is accused of stealing figs by the two real culprits. They blame the mute and presumably defenseless Aesop for their crimes. Although unable to speak, he begins to gorge himself on warm water, which results in him vomiting and revealing that he had not eaten any figs. He then gets his master to make the two culprits do the same, leading them to vomit up the figs. He is spared while the other two are punished. Even without his hallmark gifts of storytelling, he could still wordlessly tell the right story when he needed to.

A person of his time, Aesop was a devout man who respected the will of the gods; emphasized in many of the fables attributed to him which focused on the Olympian gods. His pious respect is what eventually frees him from his muteness.

The story goes that one day, Aesop helped a lost priestess of the Goddess Isis who had strayed from the road. Once he helped guide them back to safety, Isis and the Muses repaid him for this act of kindness by granting him the ability to create clever and meaningful stories in Greek. Like a character from one of his fables, he acted morally and was rewarded for it.

Although a gifted speaker and incredible storyteller, the 4th-century philosopher Himerius describes Aesop’s voice as soft and high-pitched. This could simply be the result of a mute person never previously using their voices muscle but it is more likely a late addition intended to further emphasize his unique origins.

In all likelihood, Aesop’s physical deformities are all extra elements intended to characterize and mystify the ancient story-maker. Ancient writers like Herodotus, never mention any of these physical deformities, and they are likely a much later additional element added to his story.

Historical consensus suggests that the perception of Aesop as an ugly and deformed human developed in a fictitious biography called The Aesop Romance, written in the 1st century CE. Contemporary scholars have shunned these ideas over the last few centuries, and he has evolved from an ugly man into a wise old grandfather figure.

2. Aesop was a Slave

In stories, Aesop always starts out as a slave. There were two types of slaves in ancient Greece, those born into slavery (dolos) and those who had been captured and forced into slavery (andrapodon). There is some dispute regarding which category Aesop fell into. Herodotus suggests the latter, claiming that Aesop only became a slave after being captured as a prisoner of war in Thrace alongside the notorious courtesan Rhodopids.

Other sources presume that he was born into slavery. Aesop was first owned by a philosopher named Xanthus and then by a man named Iadmon. According to Herodotus, Aesop was eventually freed by Idamon as a reward for his remarkable intelligence and wit.  However, there is a competing version of the life of Aesop where, he is freed by Xanuthus, not Iadmon. Regardless of who gave him his freedom, what he did to obtain his liberty stays the same in all versions.

Once Aesop gained the ability to speak, he quickly proved himself to be a resourceful and quick-witted public speaker. In one version of his life, he is freed by the philosopher Xanthus at the behest of the citizens of Samos. Aesop had tried and failed to use logical arguments to convince his owner Xanathus to let him go. Although he proved to be a more capable philosopher than his owner, Xanathus always refused due to his own arrogance and pride. This all changed when the assembly on Samos asked Xanathus to interpret an omen of the future for them.

Xanathus proves to be incapable of correctly interpreting this future omen and comes close to committing suicide to avoid public shame. However, Aesop easily sees the answer that his master failed to understand and informs the assembly that he knows the correct interpretation. Aesop notifies the assembly that unfortunately, he cannot tell them the answer, pointing out that technically only free citizens are allowed to approach and speak in the public forum.

The assembly pressures Xanathus into freeing Aesop, who then successfully interprets the omen of the future for them. After his successful interpretation, he gains great fame and fortune as a storyteller and public speaker. With his newfound liberty, he began his new life by traveling the known world. Throughout his travels, he told his fables and worked as a lawyer and public speaker for those who needed his help.

3. Was He of African Descent?

Perceptions of Aesop have fluctuated and changed over the course of history. A 13th-century Byzantine scholar named Planudes made a recension of The Aesop Romance, in which he suggested that Aesop may have actually been an African man from Ethiopia based on his name. Planudes argued the name Aesop was very similar to the Greek word for Ethiopian — “Aehiopian”.

The idea that Aesop was Ethiopian was further supported by the presence of many African animals scattered throughout his fables such as elephants, camels, and apes. Many have asked how Aesop knew about these animals as none were indigenous to Greece. However, historians are quick to point out that the inspiration for these non-indigenous animals likely derived from Egyptian and Libyan sources, a trope that was likely introduced into the fable cannon centuries after Aesop would have existed.

The notion that Aesop was Ethiopian was later popularized in the mid-18th and early 19th centuries in Britain. William Godwin’s collection, Fables Ancient and Modern, depicted an Ethiopian Aesop on the front cover, and porcelain figures of a Black Aesop appeared in the mid-18th century. It is possible that the idea was popularized in Britain by William Martin Leake, who uncovered coins at Delphi in 1856 that he believed showed a man of African descent.

Leake argued that the figure was Aesop recalling Planudes’s theory that “Aesop” is linked with “Aethiop”. However, scholars contemporary with Leake quickly disputed his claims that the coin depicted Aesop or a man of African heritage. German archaeologist Theodor Panofka argued that the portrait on the coin depicts Delphos the founder of Delphi.

Although we will never truly know exactly where Aesop came from, the argument that he originated from Ethiopia based on the etymological similarities between his name and the word Aethiop is unfounded. Professor Frank Snowden, one of the world’s undisputed experts on Black people in antiquity and author of Blacks in Antiquity: Ethiopians in the Greco-Roman Experience, says that Planudes theory is “worthless as to the reliability of Aesop as ‘Ethiopian’”. If there is a chance that Aesop was Ethiopian it cannot be proven based on etymology.

Regardless of its validity, the popular perception of an African Aesop has resonated with many people. In particular some have drawn comparisons between Aesop’s moral fables and stories of the trickster Br’er Rabbit told by African-American enslaved peoples. Aesop was initially a slave and the similarities between the two modes of storytelling may reveal interesting information regarding how enslaved people use their wits to convey stories about their oppressors.

In one story after Aesop won his freedom, he decided to travel the world. During his travels he developed a reputation for his ability to skillfully solve difficult riddles and problems for the rich, occasionally telling his animal fables when the time was right. Aesop eventually found himself in the court of the Lydian King Croesus. Impressed and enamored by his wit and problem-solving, the king offered to employ Aesop to help with diplomatic matters of state. He humbly accepted this new task and set out to the cities of Corinth and Athens where he helped reconcile political issues through the use of his moral fables.

5. He Died at Delphi

Aesop’s new-found employment would ultimately lead to his demise. King Croesus gave him a large sum of gold coins and ordered him to travel to Delphi and distribute the money among its citizens. Aesop happily agreed and traveled across the seas to Delphi. However, he was disturbed by the Delphian citizen’s insatiable greed and lack of piety toward the gods.

Aesop sent Croesus’s gold back to Lydia and told the citizens of Delphi that they would receive nothing from him or his employer. This enraged the Delphians, who accused Aesop of sacrilege, ordered his execution. The Delphians hurled Aesop off the side of a cliff despite the fact that he had diplomatic protection as an ambassador of the Lydian king. The Delphians were divinely punished for their crimes against him and suffered a series of calamities. Herodotus claims that the curses were lifted several generations later by a descendant of Aesop’s last owner, Iadmon, as they were the closest thing Aesop had to a blood relative.

So, Who Was Aesop?

Aesop has existed as the father of Fables for the last two millennia. However, the likelihood that he ever existed or even wrote anything down is still up for question. For many, he never existed, and the figure we know as Aesop is the embodiment or personification of the art of fables. 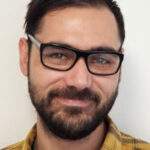 The 9 Muses: Inspiring Art Since the Age of Heroes Began

Why Is Herodotus Called the Father of History?