HomeAnswersWho Was Heracles in Greek Mythology? 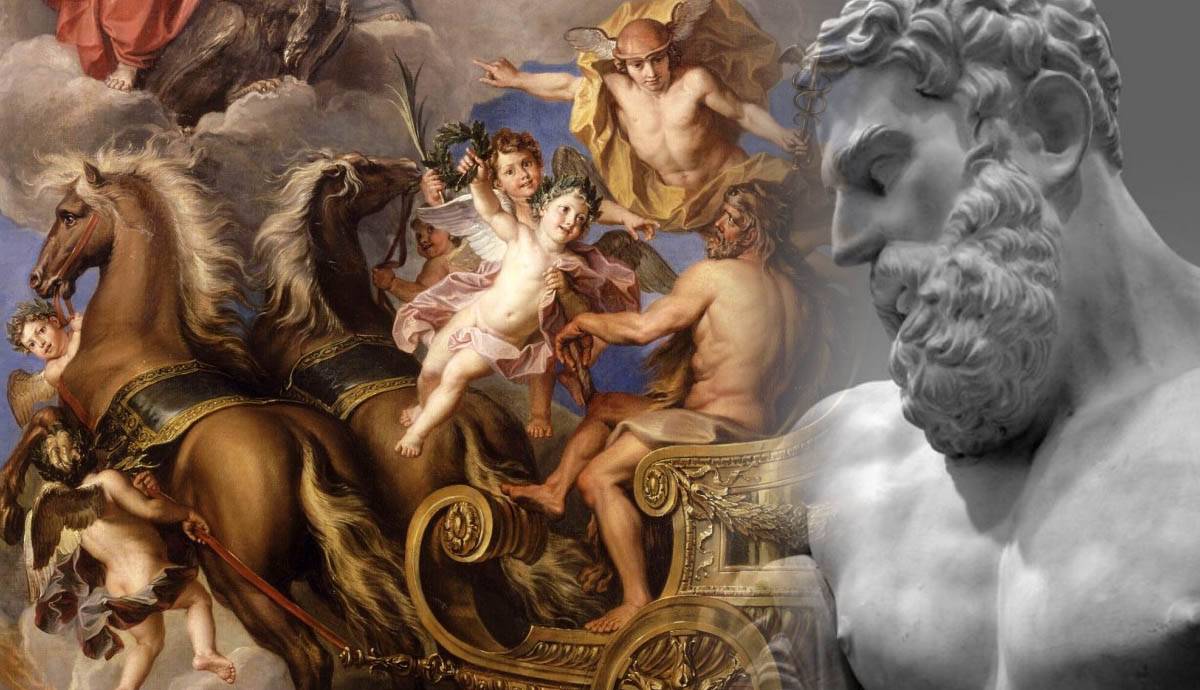 Heracles – or Hercules in Roman times – is one of Greek mythology’s most celebrated characters. Son of Zeus and a demi-god with superhuman strength, Heracles became the ultimate symbol of masculine power and bravery. Even today, we still use the word ‘Herculean’ in everyday language as a reference to this almighty hero. He appeared in hundreds of different myths, meaning he has many fascinating stories surrounding his incredible life. Let’s take a look at some of the most entertaining of these life stories.

Technically, Heracles had three parents growing up, two who were mortal, and one who was divine. His two mortal parents were the king and queen Amphitryon and Alcmene, who both raised Heracles. Alcmene was Heracles’s real mother, but his real father – the third, divine parent – was in fact Zeus, king of the gods. How did this come about? Well, Zeus concocted a plan to create an all-powerful, demi-god child with Alcmene, all without her knowledge. He tricked her by disguising himself as her husband Amphitryon (while he was away in battle) and seducing her in a night so long it lasted three days. As a result, Alcmene had twin sons, Iphicles, whose father was Amphitryon, and Heracles, whose father was Zeus.

Heracles Was an Incredible Child

Even as a young child, Hercules showed great bravery and unbelievable strength in the face of adversity. When Zeus’s wife Hera found out that Heracles was her husband’s love child, she sent two snakes to his cradle to destroy him. But he swiftly strangled them in a demonstration of his incredible brute power. As a child Heracles was taught by the very best – his father Amphitryon showed him how to ride a chariot, while Odysseus’s grandfather Autolycus taught him skills in wrestling. Eurytus, king of Oechalia taught Heracles the finest skills in archery. Hermes’s terrifying son showed Heracles how to box, and the Diascori twin named Castor taught him fencing. After all this excellent tuition, Heracles was ready to be a real hero, surpassing the strength and skill of all his teachers.

He Was Highly Intelligent

As well as showing brute strength throughout his life, Heracles was also a great intellect. The finest tutors ancient Greece had to offer taught Heracles skills in reading, writing and music, and by the end of his childhood, he had outshone them all.

He Had Many Wild Adventures

Throughout his adult life Heracles took part in a huge range of adventures. These include hunting and killing the great predatorial Lion of Cithaeron, fathering at least fifty children with the daughters of King Thespius, mutilating the Heralds of Erginus, and having a wild love affair with Megara, daughter of the Theban king Creon. As a result of their affair, Megara and Hercules had an astonishing eight children. But jealous Hera played another horrible trick on Hercules to prevent him from finding future happiness, cursing him with an uncontrollable madness that pushed him to murder them all! As an atonement of this inconceivable sin, Hercules was tasked by the Delphic oracle to serve his cousin Eurystheus, the king of the Tiryns, for the next 12 years.

He Completed the Twelve Labors

As part of his punishment, Eurystheus instructed Heracles to carry out a series of twelve challenging tasks, which become known as the famous Twelve Labors of Heracles. These included stealing, killing and capturing various beasts, cleaning the vast stables of Augeus, and taking the girdle of Hippolyta, queen of the Amazons. The most challenging, and final two tasks, were to steal the Hesperidean Apples, and to capture Cerberus, the great three-headed guardian of the Underworld.

He Had an Eventful Death

Suspected of adultery, Heracles’s wife Deianira gave him a poisoned, blood-stained shirt to wear which caused him such agony he was close to death. In a bid to end his pain, Heracles built himself a funeral pyre on Mount Oeta, climbed on top and waited for someone passing by to set it alight. Eventually, after much persuasion, Heracles’s friend Poeas lit the fire. After being burned to death, Heracles was taken up to Mount Olympus and transformed into an immortal deity, where he married Hebe, the goddess of youth.